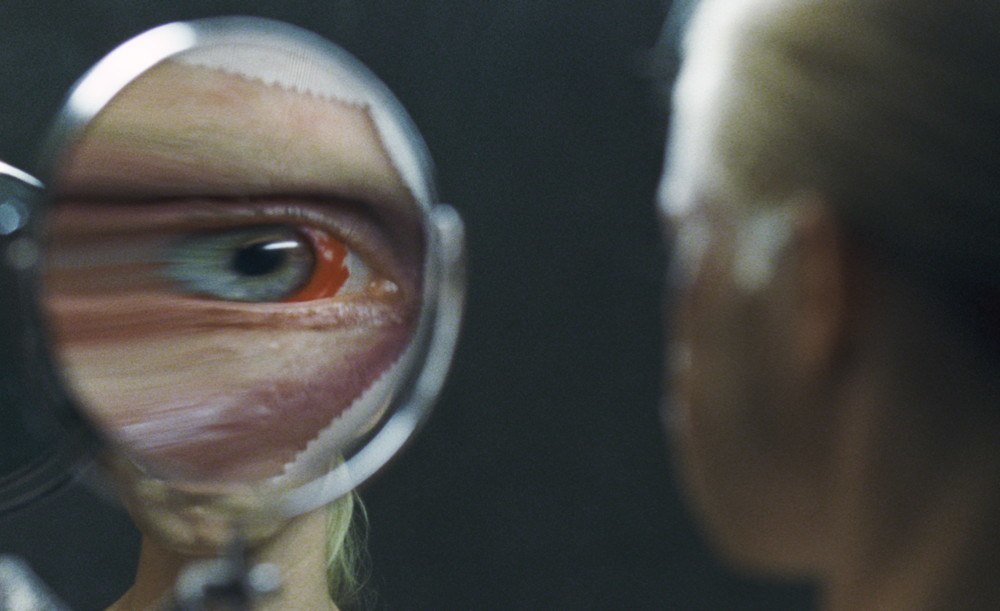 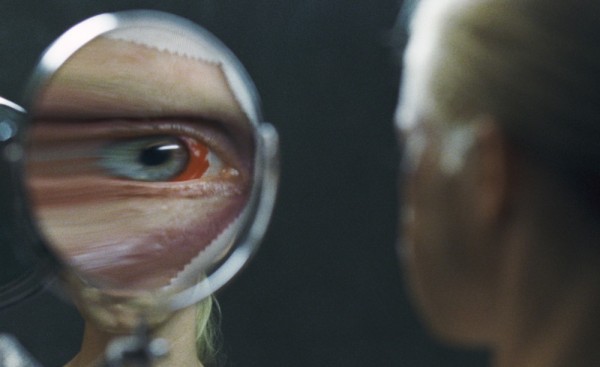 This week I checked out Goodnight Mommy, which is a horror movie from Austria. The movie is about two twin boys, Elias and Lukas, who begin getting concerned when a woman who returns from facial surgery claiming to be their mother doesn’t appear to be so.

When the trailer was initially released, many reviewers titled it as the “scariest trailer” they’d ever seen. Without a doubt, the trailer was eerie as it utilized dramatic pauses, scary movie staples (i.e. bugs, open corn fields and dark forests), while still keeping audiences wondering what will result from the strange relationship between the two boys and their mom.

First off, I am definitely not a scary movie junkie. Although I have watched a fair share of horror flicks, I do not venture out to watch new ones as they are released. However, I thought I would give Goodnight Mommy a try as I have not seen a foreign horror movie before and many people note them as being quite different from the normal U.S. horror movie. I will admit that, for comfort purposes, I had to invite two friends over to actually watch the movie.

The movie begins with an old audio clip of the mother’s voice, which is warm and loving as she sings a lullaby. There is also a reference to an accident, as photos are shown of the family with a father figure, who is notably absent from the rest of the film.

From the get-go, it is clear that Elias and Lukas are very close. They rely on each other for fun and socialization as they live in an isolated house in the Austrian countryside. Together they run through cornstalks, play in the lake and jump for hours on their trampoline.

The movie quickly dives into the strange storyline featuring the mother. I definitely appreciate how the film gets straight to the point, as it shows the mother wrapped in white gauze following her surgery just minutes into the start of the film.

At first, the film had me believing that the mother was the monster of the film. Her creepy appearance, cold interactions and harsh treatment of her sons, painted her to be an intruder attempting to portray the two young boys’ mom. In addition, since it isn’t clear at first why the mother had facial surgery, my initial assumption was that she went through with the operation simply for her own vanity. Thus, she obviously did not take into account the affect it would have on her two young children, making her seem even more evil.

Things begin to take a slow turn when the two sons start plotting a way to figure out whether the woman who returned is truly their mother or not.  However, about half way through the film things begin to escalate. The twin boys end up tying up the woman and keep her as prisoner. After enduring several grotesque forms of torture (i.e. burning of skin, supergluing of the lips) from the two boys, the woman is still unable to convince Lukas and Elias that she is truly their mother.

The big twist happens when the woman is finally able to break free, but ends up falling into a booby trap set up by the boys and wakes up on the living room floor as Elias threatens to set her and their house on fire. Here, it is revealed to the audience that Lukas has been a figment of Elias’ imagination the whole time. Lukas was actually killed in an unfortunate accident (presumably with their father as well) and the mother’s facial surgery was actually reconstructive surgery due to injury.

However, Elias is unable to realize that Lukas is no longer with him, he sees his mother as the liar, and the movie ends in her death.

Although the movie had its suspenseful and thrilling moments, I personally didn’t find it that scary. Definitely not the scariest movie I have seen, or even close to be honest. The only time I found myself turning away was when the torture got gory.

Overall, I thought the story of the movie was interesting and it definitely delivered with a plot twist. Unfortunately, I didn’t find the execution of the movie all too intriguing, especially since it was marketed as a horror film. To me, the trailer for the movie was deceptive, as the movie turned out to be much more of a psychological thriller, not the groundbreaking horror story that I thought it was coming into it.

In conclusion, if you are looking for a horror movie that will leave you trembling, I suggest you keep looking. This movie offers a unique and interesting back-story, one that definitely surprised me, but I would say it is debatable whether it is enough to carry the whole film (in my opinion, it wasn’t).