Home All News TV News ‘How to Get Away with Murder’ 213 Something bad Happened but Wes...

How to Get Away With Murder continues to reveal plot twists that keep us on the edge of our seats. If you think last week was heavy, wait until you find out what happens this week.

Ok people, we can all breathe a collective sigh of relief- Wes DID NOT kill his mother. He may have found her, and naturally grabbed the knife that killed her, but he did not do the deed. Now that that’s out of the way, here’ s how we find out what actually happened.

Philip, or who we believe to be Philip, keeps stalking the crew and this time, he sends them a video of Michaela leaving Caleb’s house just a few hours earlier. Of course, this prompts her to panic, but not Annalise. She is fed up with the games and decides to do something about it.

Annie takes the laptop to the new ADA to hatch a deal with him. Only, the immunity she thinks she’s talked him into giving her is really him stalling so that he can send cops to raid her house. Thanks to Nate, who informs her of the impending search, Annie makes a bold move that, thankfully, pays off. While standing in front of the ADA, she calls Bonnie to alerts her to what’s happening. Bonnie finds out who the clerk is for the warrant judge. They get the name and calls the ADA’s office pretending to be the clerk assuring the ADA that the judge has signed off on the search. The cops enter Annie’s house; Bonnie calls the real clerk who says that he did not give any such permission. The judge then calls the ADA, who demands him to cease the search and thus doesn’t want to hear anything he has to say about Annalise. In the end, she gets her way- Annie and the crew are granted immunity in exchange for the videos on the laptop. Bravo!

While Keating and Associates have a sleepover because they believe there is power in numbers (And Philip can’t kill them all at once), Laurel tries to convince Annie to see West. She also does not hold back her feels about the documents she found. Annalise tells her to mind her business because it doesn’t concern her, but Laurel insists that it does since she discovered the secret about West (he may have killed his mother) and hasn’t told him yet.

Speaking of Laurel, she just can’t get past the bomb Frank dropped on her about his involvement in Lila’s death. She doesn’t want anything to do with him and makes it very clear even after he maintains that he didn’t kill Rebecca (Bonnie did) and professes his love for her. As far as she is concerned, they are no longer together.

Then there is Wes, and he is going through a lot of emotional and mental shit through which he has to wade. He speaks to the psychologist at the clinic and asks her to help him remember what happened the day his mother died. From there, we see the sad sequence of events that led to Rose’s death.

Ten years before during the murder trial in which West’s mother was the principal witness, things didn’t go as planned for Annalise’s case. She calls in her “homie, love, friend” Eve, who was working as an I.C.E. (Immigration and Customs Enforcement) lawyer at the time, in the hopes to “scare” Rose into testifying.

After Eve meets with the witness, she visits Annalise in her hotel room, and the sexual tension between the two is palpable. The glee in Eve’s eye reveals that she is looking forward to an eventful night, but instead, she finds out that the woman she is in love with is pregnant by the man she blames for breaking them up in the first place.

Their issues come to the surface, and they hash it out. Annalise tells her they didn’t work because she was never really gay, she just needed someone to love her and Eve did for the moment. Ouch. Eve is visibly hurt but what can she really do? As they finish their argument, Annie gets a call from Wallace Mahoney.

She rushes to his office, and he pretty much tells her that if Rose doesn’t testify, she can kiss the safety of her son Christophe/West goodbye. Annalise tells Wallace if he hurts that boy, his son will definitely go to jail.

His threat prompts her to see Rose to reason with her, but when she arrives at her apartment, West’s mother is unhinged. She is nervous about possible deportation, nervous about what Wallace will do to her and upset that she can’t find Christophe. Her son jumped out of the car on their way home and ran off down the street when she told him they needed to move for their safety. Annalise tries to get her to understand the importance of her testimony, but when Rose finds out that Wallace plans to hurt Christophe, it’s the last straw for her. She tells Annalise, “Take care of my boy” and jams a knife into her neck. 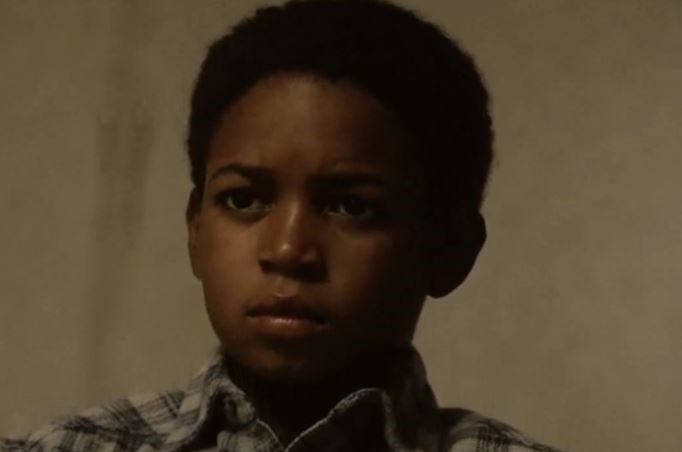 Annalise flees the scene but not before seeing Christophe return home to find his mother on the floor dying. He calls 9-1-1, holding the knife in his hand and tells the operator, “Something bad happened.”

In the end, Annie finally goes to West’s apartment, only he is not there as he has gone to find Eve. But someone is there, and as Annalise speaks to her ex-girlfriend on the phone, she realizes that the person who broke into West’s apartment is Philip. He grabs her, pulls her to the floor and commences to choke her.

Yes, it’s so heavy right now guys. Will Annalise make it? We have to wait until next week to find out.