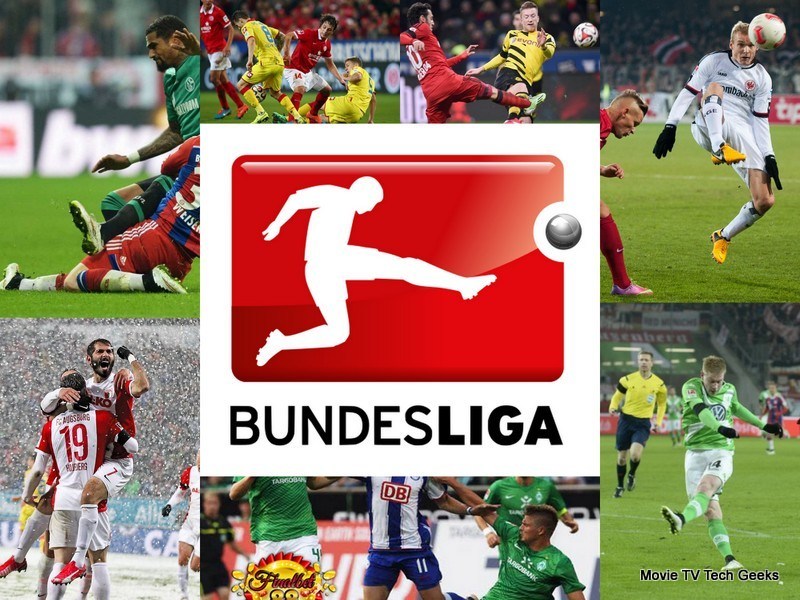 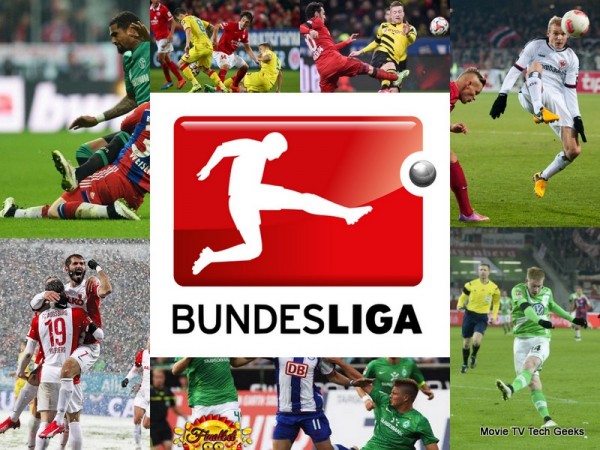 After the long winter break, the Bundesliga resumed with round 18 of action. Going into the break Bayern Munich were the runaway leaders with 45 points from the first half of the season, 11 points ahead of their nearest rivals Wolfsburg and the league all but sealed.

It was a just of question of how soon will the Bavarian giants wrap up the league title. Will they break their last year’s record of winning it in the fewest possible week? The fact that Pep Guardiola’s team were yet to be beaten in the league having won 14 and drew the other three the answer was quite apparent. 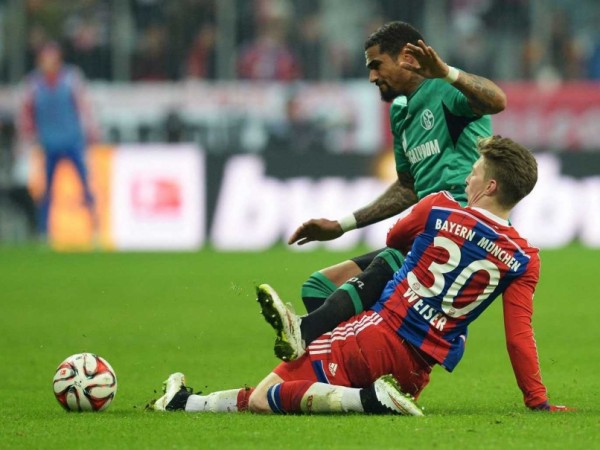 Round 18 of German top division kicked off in regal style with the reigning league leaders and defending champions Bayern Munich pitted against their closest rivals Wolfsburg lying second on the table. To most outside observers the writing was on the wall, it was going to be three points in the bag for the Bavarians as they marched their way to the title for the third season in a row. But what followed was beyond everyone’s wildest dreams. 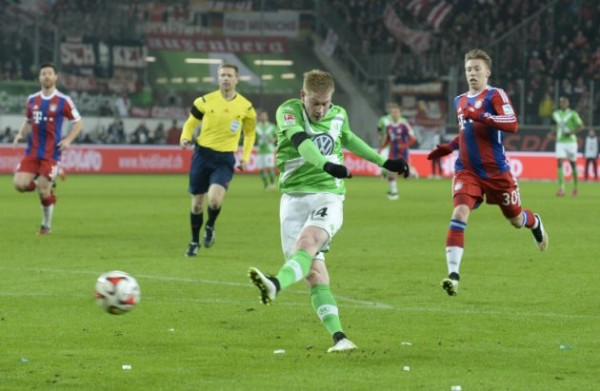 Kevin De Bruyne assisted the fourth minute opener that was converted by Bas Dost to give Wolfsburg a surprise early lead. In the first half injury time the Dutchman doubled Wolfsburg’s lead. Surely, Bayern Munich were going to put three past Wolfsburg in the second half, is what everyone thought. But an irrepressible De Bruyne on the score sheet in the 43rd minute. Juan Bernat pulled one back for the Bavarians but a second strike by the Belgian in the 73rd minute sealed Guardiola’s team’s first loss of the campaign and subsequently left the fans at Volkswagen Arena in absolute ecstasy.

The other important question in Germany was about Borussia Dortmund. Will the Jurgen Klopp’s team arrest their alarming slide in time and rescue their season? They went into the break lying 17th in the league, having collected a mere 15 points from their 17 games, less than 1 point per game. It is hard to believe they are the same team that proudly walked on to Wembley to play the Champions League final less than two years ago. 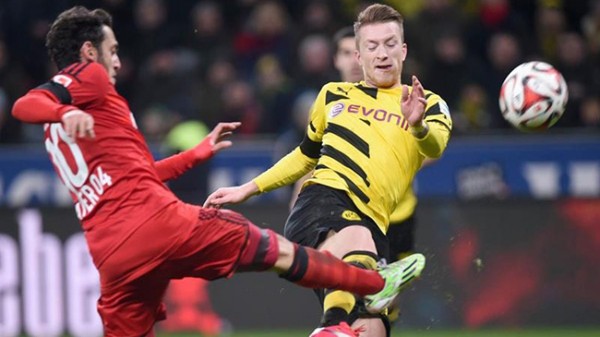 The task at hand wasn’t easy, they were to play Bayer Leverkusen, 14 places separated the third placed Roger Schmidt’s team from Jurgen Klopp’s men. A scrappy match where Borussia Dortmund completed a mere 44% of their passes, their worst statistic since these records are being kept, ended in a scoreless draw. Not convincing, but not a defeat. Surely, a step in the right direction. Regarding the scrappy nature of the match, Klopp rightly said: “You can’t expect champagne football from a team fighting relegation.” No one would fault his assessment.

There are three more German giants facing the prospects of relegation if results don’t improve, and soon. At the end of the first half of matches Hamburger SV, VfB Stuttgart, and Werder Bremen were lying 14th, 15th, and 16th on the table respectively with each team having accumulated an identical 17 points and their standing being decided on goal difference. 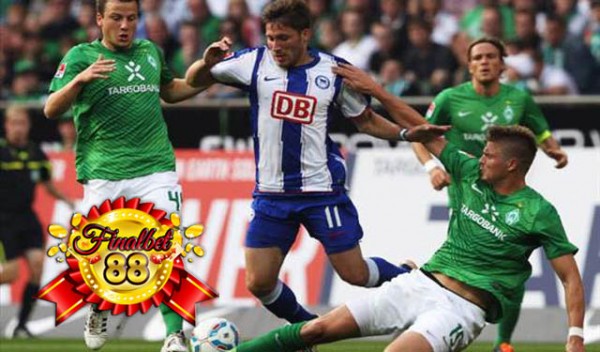 Werder Bremen climbed to 12th in the table with a 2-0 win over Hertha Berlin, who are now 15th just one point shy of relegation scramble. Cologne dealt a 2-0 loss to Hamburger as they wrestle firmly in the relegation battle now along with fellow strugglers Stuttgart, who lost 1-0 to Borussia Monchengladbach. The narrow win saw Die Fohlen rise to third on the table as they look for a return to the Champions League this season. 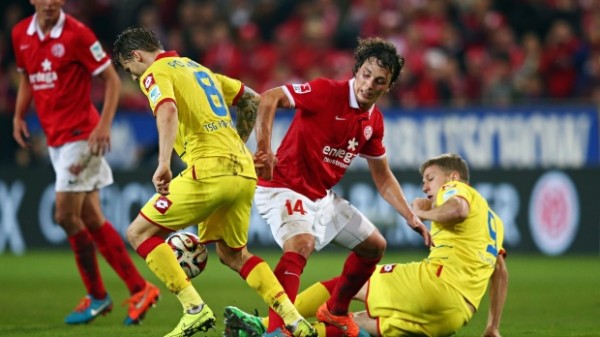 The biggest win of week 18 of matches, however, belonged to Mainz who dealt a crushing 5-0 loss to the Bundesliga new boys Paderborn, as Mainz consolidated their mid-table standing. Roberto de Matteo’s Schalke defeated Hannover courtesy of a 32nd minute strike from Marco Hoger. But most problematically for Schalke they lost their talismanic striker Klaas Jan Huntelaar after he was red-carded for violent conduct and subsequently got banned for six matches as a result. 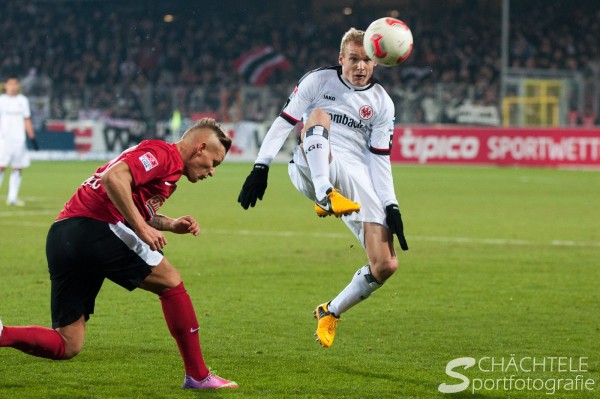 In perhaps, the most unexpected result of the week, apart from Bayern Munich’s loss, rock bottom Freiburg defeated ninth placed Eintracht Frankfurt 4-1 as Christian Streich’s team look to mount their challenge for Bundesliga survival. The result saw Freiburg jump to 14th, while their opponents maintained their ninth placed standing. 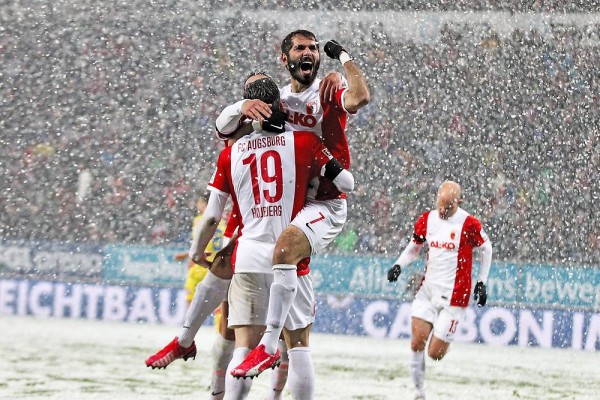 In the last match of round 18, this year’s surprise package Augsburg continued their spectacular run as they defeated Hoffenheim 3-1 and maintained their fifth place on the table as a result, Hoffenheim stayed seventh.