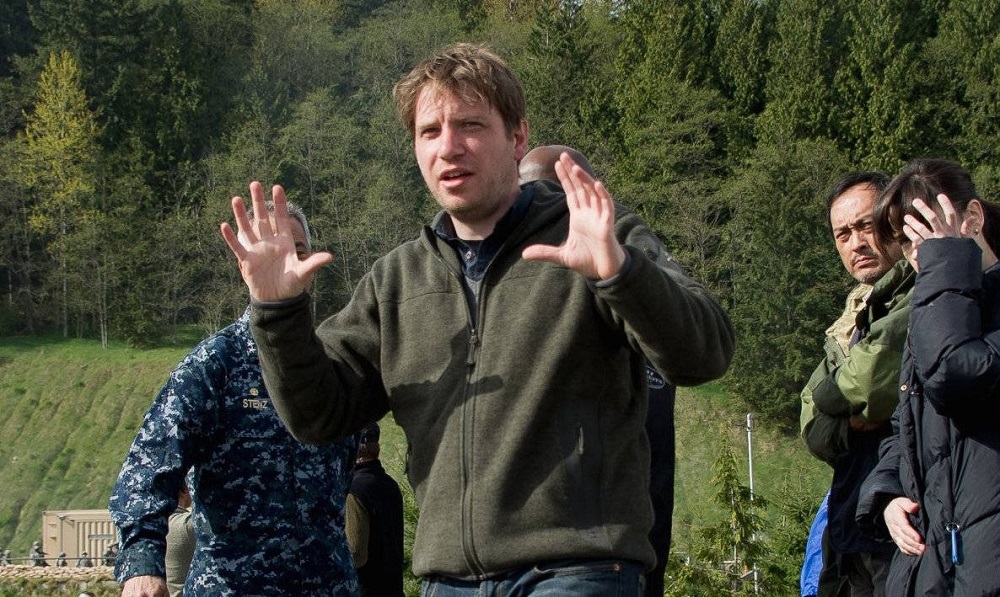 To hear Gareth Edwards, you’d never think he had the Star Wars universe and pressure on his back with “Rogue One: A Star Wars Story,” which is the first standalone film in the franchise. He’s very much aware of the high expectations, but he’s not letting that affect his vision.

A long time ago, in a galaxy far, far away, there were more stories than those of the Skywalker family. That was the idea Disney was counting on when it purchased George Lucas’s empire Lucasfilm for $4 billion in 2012, and the rights to everything in the “Star Wars” universe. Sure, they’d continue chronicling the trajectory of the Skywalkers, but what else was out there?

It was 30-year Lucas veteran John Knoll who thought of telling the story of the rebels who stole the plans for the Death Star, only alluded to in the opening crawl of the original 1977 “Star Wars.” And with that, “Rogue One: A Star Wars Story” was born. It hits theaters next week, kicking off Lucasfilm and Disney’s spinoff gamble. There are already two more in the works, including a young Han Solo standalone for 2018. The plan is to release the spinoffs in the gap years between the next two installments of the main saga (Episode VIII comes out next December.).

If Marvel can have a universe, after all, why can’t Star Wars? The idea of “spinning off” Star Wars, though, has existed about as long as the idea of Star Wars, but three decades ago, that was more of a TV-special or straight-to-video proposition. Now, the spinoffs are as important as the main films and are being given the full blockbuster treatment – big budgets (reports say $200 million), burgeoning stars and hefty marketing expenses. Lucasfilm chief Kathleen Kennedy has promised that they’ll run the gamut in size, scope and genre, too.

For “Rogue One,” they chose British director Gareth Edwards, known for the indie “Monsters” and the 2014 “Godzilla” reboot. He lived and breathed “Star Wars” – a requirement for executives who want “caretakers” for the franchise.

Edwards’ film is set in a time of conflict and unrest, as the Empire grows and various rebel factions assemble in resistance, introducing a whole batch of new characters: The heroine Jyn Erso (Felicity Jones); her scientist father, Galen (Mads Mikkelsen); a rebel spy, Cassian (Diego Luna) and his sarcastic droid K-2SO (Alan Tudyk); an extremist, Saw Gerrera (Forest Whitaker); and a pilot for the Empire, Bodhi Rook (Riz Ahmed). 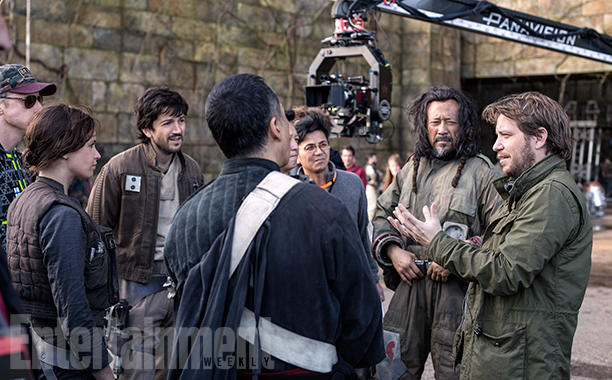 Inspired by WWII classics like “The Guns of Navarone,” and shot by “Zero Dark Thirty” cinematographer Greig Fraser, “Rogue One” promises to be a grittier film, putting the war back in “Star Wars.”

“We tried to feel embedded like a real film crew in a war zone and give it that kind of flavor,” said Edwards, who was sometimes literally in the trenches with the cast.

“There is a lot of battle,” Mendelsohn said. “This is a tougher Star Wars film, in certain respects, than any of its predecessors.”

“The Force Awakens” and its $2 billion in worldwide earnings was always going to be a tough act to follow, but “Rogue One” has had a particularly bumpy ride – at least in the public imagination. There were rumors about expensive reshoots. The production had also hired veteran scribe Tony Gilroy, of “The Bourne Identity,” to help with the script, which didn’t assuage fears that there was something deeply wrong that needed “fixing.” While reshoots are a common practice for any blockbuster, it nonetheless made fans nervous. Would this be another underwhelming prequel situation? Or would they knock it out of the park as with “The Force Awakens” – a production that, even when Harrison Ford broke his leg on set, never seemed to exhibit any weaknesses.

“We shot the movie in a very realistic way, a lot of handheld, a lot of documentary-style stuff,” he said. “We showed it to the studio and they were very supportive and they said ‘look, whatever you need to do just do it.’ The visual effects shots went from like 600 to 1,600, which was great for me. It felt like ‘this is exactly what it needs to be.'”

What that means for audiences is another thing. “Rogue One” is being treated with a secrecy similar to that of “The Force Awakens.” The cast has seen it, but few others will until the film’s premiere in Los Angeles on Dec. 10.

For Diego Luna, this is as it should be. Watching “The Force Awakens” and knowing precious little about it let him experience cinema as he did in childhood.

Now, everyone is waiting to see how big of an appetite there will be for the spinoffs. “Rogue One” is tracking to open to over $130 million – the second-highest ever for December – but still a far cry from “The Force Awakens'” $248 million. And then there’s the question of how it will holdup.

“Obviously there’s a lot riding on this. But what does that mean?” Edwards wondered. “The riskiest thing you could do with Star Wars is not take a risk.”

Or, never tell a Star Wars fan the odds.