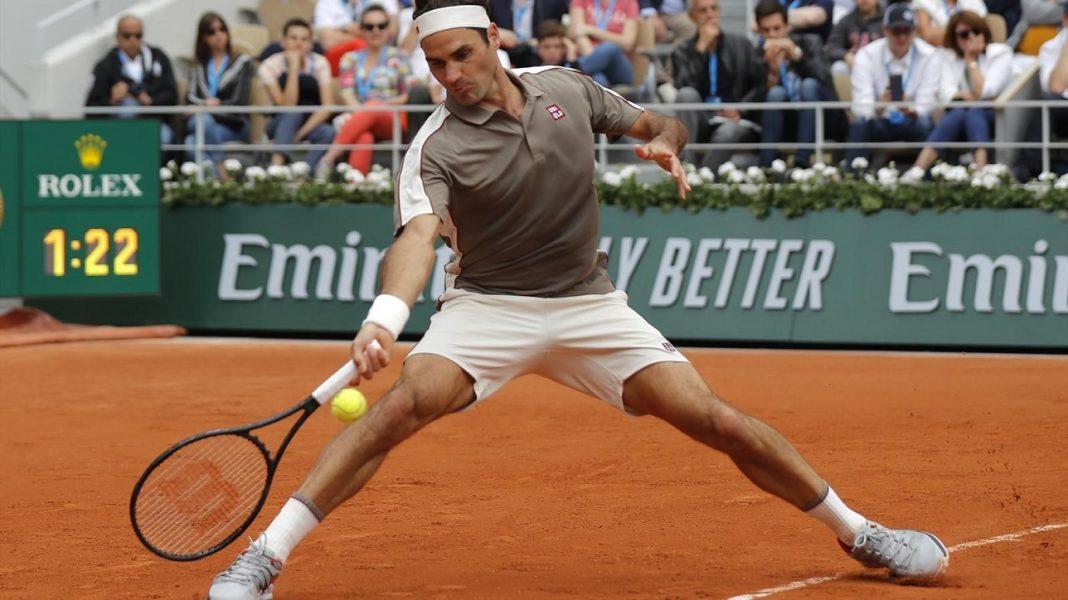 It was easy to forget that Roger Federer wasn’t French with the hero’s return welcome the crowd at the 2019 French Open greeted him with. The Swiss maestro left the ghost of three year’s ago behind as he took three sets from Italian tennis player Lorenzo Sonego 6-2, 6-4, 6-4 .

Federer started his day entering a newly refurbished Court Philippe Chatrier for his first French Open match since 2015, greeted by the sun peeking through the clouds and the full-throated support of spectators in their designer sunglasses, straw hats, and sweaters tied over their shoulders.

Were it permitted, perhaps some ticket-holders would have embraced Federer right then and there, delivering a kiss on each cheek, as if reunited with an old friend at a sidewalk cafe.

Alas, the welcome was limited to wild applause and enthusiastic chants of his first name — “Roh-zher! Roh-zher!” — before and during a 6-2, 6-4, 6-4 victory against Lorenzo Sonego of Italy on Sunday. The match lasted a mere 101 minutes yet Federer found enough time and space to sprinkle in some tremendous shot-making.

“The reception I got today was crazy. Was really nice to see a full stadium for a first round like this,” Federer said, comparing the atmosphere to that of a final.

His presence at the year’s second Grand Slam tournament was the highlight of Day 1, which included losses by multiple major winners Venus Williams, Angelique Kerber and Svetlana Kuznetsova, along with victories for Sloane Stephens, Garbiñe Muguruza, Marin Cilic and Kei Nishikori.

Kerber has been dealing with an injured foot and was beaten 6-4, 6-2 by Anastasia Potapova. That was the opening match in the largely rebuilt main stadium, a structure of concrete and glass that is expected to have a retractable roof by the 2020 French Open and now features padded beige seats instead of plastic green ones.

Across the way, 2016 champion Muguruza inaugurated the new 5,290-seat Court Simonne Mathieu, which is surrounded by greenhouses displaying tropical plants, with a 5-7, 6-2, 6-2 victory over Taylor Townsend of the U.S.

Later in that same spot, the 38-year-old Williams, a seven-time Grand Slam titlist and the 2002 runner-up in Paris, exited in the first round for the fourth time in the past seven years at Roland Garros. She was broken in seven of her nine service games during a 6-3, 6-3 loss to No. 9 seed Elina Svitolina.

Federer, the owner of 20 Grand Slam titles, will turn 38 in August and, frankly, who knows how many more of these he has left?

“Not getting any younger,” he noted.

The guy certainly appeared delighted to make his return to a tournament he won a decade ago, completing a career Grand Slam, but sat out each of the past three years. In 2016, he was sidelined by a back problem, ending his then-record streak of 65 consecutive appearances at majors. Federer then skipped the entire clay-court circuit in each of the past two seasons to focus on preparing for grass and hard courts.

Not since a quarterfinal loss to Stan Wawrinka four years ago had Federer competed at Roland Garros, which is why he described himself Sunday as “quite tense at the start.”

Didn’t seem that way, though. More like someone who never went away. He led the 73rd-ranked Sonego, who was making his French Open debut, 4-0 after less than 15 minutes, then went up a set and 4-0 in the second after 40.

“There are times when you recognize that he makes the difficult things look easy. It’s incredible,” Sonego said. “All you can do is hope he messes up now and then, because otherwise, it’s really hard.”

Federer gave the folks what they wanted, providing a live-and-in-person highlight reel of his full and considerable repertoire. There was the ace at 121 mph (195 kph) to begin his first service game, and the ace at 110 mph (178 kph) to conclude it. The drop-volley winner on the run. The serve-and-volley putaway. The sprint for an up-the-line winner off a delicate drop shot by Sonego that was so good, and so apparently hard to reach, that an Italian fan gushed, “Bravo! Bravo!” in praise of her countryman before Federer got to the ball.

“In the important moments, he raises his level and turns into a computer,” Sonego said. “He never makes the wrong choice.”

Really, the lone blip for Federer came when he double-faulted to get broken for the only time, eliciting an admonishing slap of racket strings from him — and a collective “Awwwww” of dismay from his thousands of admirers. That was part of a three-game, dozen-minute surge for Sonego, who got within 4-3 in the second set before ceding it.

By the end, Federer had won the point on 25 of 30 trips to the net and put together a ratio of 36 winners to 15 unforced errors.

While so much of the title speculation is focused on Rafael Nadal and Novak Djokovic — both play Monday — Federer enjoys the unusual-for-him position of lowered expectations.

“It’s nice to be an outsider,” he said with an almost imperceptible shrug. “That’s how I feel, anyhow. Just see how it goes, you know. … This is not a show I’m putting on; this is the truth: I really don’t know how far I can go in this event.”

Marco Cecchinato’s achievements at Grand Slam tournaments still start and end with his stunning run to the semifinals of last year’s French Open, which included an upset win over Novak Djokovic.

“I haven’t really digested the match yet but it’s never nice to lose when you’re up two sets to none — and even more so after last year’s semifinal,” Cecchinato said.

Cecchinato has now lost in the opening round of eight of the nine majors he has entered — with his performance in Paris a year ago the only exception.

In 2018, Cecchinato came in ranked No. 72 and memorably beat Djokovic in the quarterfinals before falling to eventual runner-up Dominic Thiem in the semis.

Cecchinato couldn’t surprise anyone this year, entering with the No. 16 seed, but he deflected any thought that high expectations for a repeat performance weighed him down.

“More than the pressure, it was a lot of great memories,” the Sicilian said. “I entered the court focused. He definitely raised his level but I shouldn’t have lost this match.

“I had three break points to go up 4-3 in the fifth but I didn’t push hard enough and he produced three winners. Bravo,” Cecchinato added. “I didn’t take control of the match when it was there to be won. I’m very disappointed about that”

It was the 30th career win in Grand Slams for Mahut, and at age 37 he hinted that it may have been one of his last.

“I don’t know what to tell you, because if I say yes, it means that I’m ready to stop,” Mahut said when asked if he is considering retirement. “If I say no, I won’t be totally honest with you.”

It was the first men’s match on the new Court Simonne Mathieu and Mahut seemed to thrive off the support from home fans.

“Being the first playing on it winning in five sets, everybody will have forgotten that in a while,” Mahut said. “But I will keep it within me.”

Venus Williams’ 22nd appearance at the French Open did not last long.

The 2002 runner-up lost her opening match at Roland Garros for the second year in a row, beaten 6-3, 6-3 by ninth-seeded Elina Svitolina in 1 hour, 13 minutes.

The 38-year-old Williams lost in the first round for the fourth time in the last seven years at the clay-court Grand Slam tournament.

Wiliams was broken in seven of her nine service games.

Canadian teenager Felix Auger-Aliassime has pulled out of the French Open because of an injury.

Organizers said the No. 25-seeded player has pain in his left abductor muscle and will be replaced in the main draw by Spanish lucky loser Alejandro Davidovich Fokina.

Auger-Aliassime is ranked a career-high 28th and reached the Lyon Open final this week.

The three-time Grand Slam winner lost in the first round of the French Open on Sunday, beaten 6-4, 6-2 by Anastasia Potapova on Court Philippe Chatrier.

Kerber’s preparations for Roland Garros, where she never advanced past the quarterfinals, were hampered by a right ankle injury she suffered at the Madrid Open.

The 81st-ranked Potapova sealed the opening set with a crosscourt backhand winner and broke twice at the start of the second. Kerber saved two match points before shanking a forehand wide sealing her fate.

Querrey, who was set to take on Spanish qualifier Pedro Martinez in the first round, has been replaced in the main draw by lucky loser Henri Laaksonen of Switzerland.

A Wimbledon semifinalist in 2017, the 62nd-ranked Querrey cited an abdominal problem as the reason for his withdrawal.