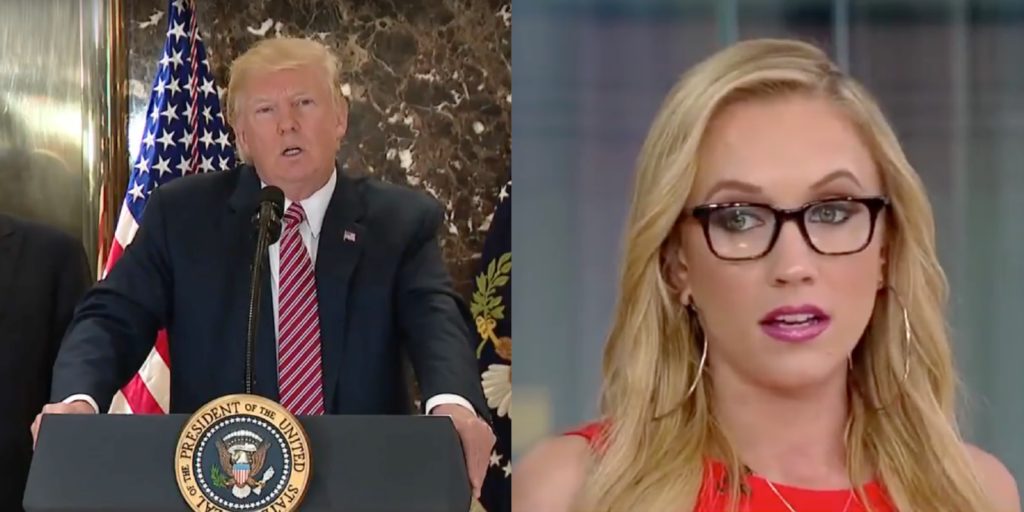 Rupert Murdoch seems to be going back to how he felt about Trump before he was the 2016 Republican nominee for president. This week, his New York Post has been facing up to the real Donald Trump.

Many are wondering if his Fox News will be following that path, and it appears the new Fox News Specialists are pointing out the President’s faults. Murdoch has always been known to not follow a particular political viewpoint. He just follows where the wind is blowing, and after Trump showed the world was was truly in his heart at Tuesday’s press conference, the Australian looks like he’s moving with the new breeze.

A Fox News Channel anchor whose reaction to President Donald Trump’s comments on Charlottesville spread widely says she feels threatened but not deterred after a flood of angry responses from viewers to her words.

Kat Timpf, of the show “The Fox News Specialists,” said that she’s blocked part of her Twitter feed and stopped looking at emails. A day earlier, Timpf called Trump’s news conference disgusting and said: “I have too much eye makeup on to cry right now.”

Raw feelings were close to the surface on news networks Wednesday but particularly at Fox, the favorite news network for Trump and his supporters, after the president said there was “blame on both sides” for violence at a weekend rally in Virginia organized by white nationalists. Tears flowed on the air, by CNN’s Kate Bolduan as she watched a memorial service for a woman killed Saturday, by Fox’s Melissa Francis as she argued on “Outnumbered” and by two guests on a “Fox & Friends segment.

Timpf’s reaction to Trump was even replayed hours later by Rachel Maddow on MSNBC. That left her vulnerable to attack by Trump supporters, who seem to take particular affront when the president is criticized on Fox. Both Timpf and Eboni K. Williams, a co-host who blistered Trump in a commentary on Monday’s show, inspired Twitter hashtags calling for their firing.

Wrote one critic on Twitter: “I thought I was watching MSNBC.” Another suggested, “get rid of the snowflakes. Your (sic) turning into another liberal news channel.” Some messages were unprintably vile; Timpf retweeted one.

Timpf, in an interview, said she was particularly chilled by one tweet that called her “a disgrace to the white race.” 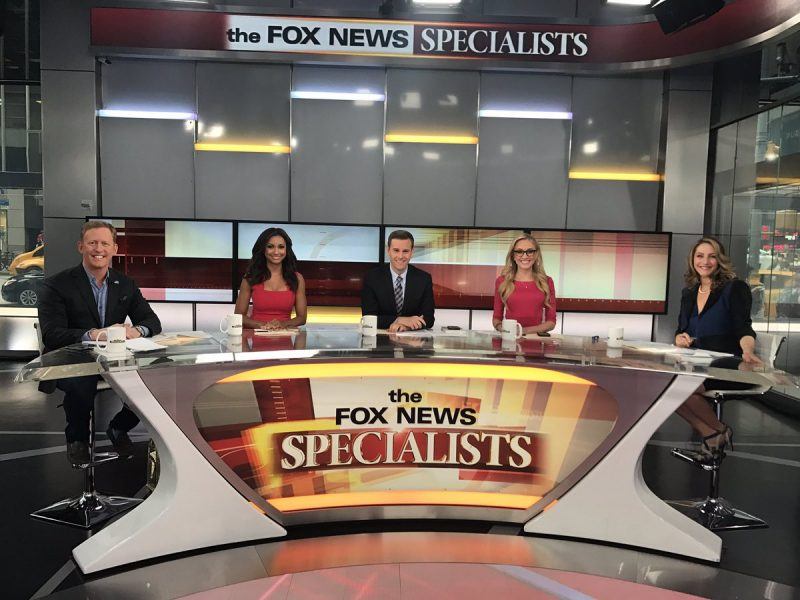 “I’ve gotten some positive things, but the negativity I’ve gotten is incredibly disturbing,” she said. “I’ve seen enough to know just how disturbing the climate is right now. I’m fully aware of it and don’t need any more bringing me down on a personal level.”

She said that “it doesn’t seem like it’s too difficult to do the right thing and respond by saying ‘Nazis are bad.’ I can’t believe that my stance is a controversial stance, or something you need to even take a stand on at all these days. It’s really upsetting.”

Timpf said she didn’t care if she’d lost some support from Fox viewers.

“There’s nothing in my head that has me even considering approaching things in any other way than I have approached it,” she said.

Earlier on Wednesday, a “Fox & Friends” segment anchored by Abby Huntsman ended with both guests in tears. Billed as a debate on removing Confederate monuments between Johns Hopkins University professor Wendy Osefo and Republican consultant Gianno Caldwell, the participants instead turned their attention to condemning Trump.

“This has become very troubling,” said Caldwell, who said he couldn’t sleep the night before. “For anyone to come on any network and defend what President Trump did and said at the press conference yesterday is completely lost and (has) the potential to be morally bankrupt.”

Fox News anchor Shepard Smith said his show had tried without success Wednesday to book Republicans who would defend Trump.

“Let’s be honest, Republicans often don’t really mind coming on Fox News Channel,” Smith said. But he said that Republican leaders who had condemned the president spoke in generalities while not using Trump’s name.

Francis lost her composure on Fox’s midday show while discussing with Juan Williams the idea of whether Trump was assigning equivalency to both sides of the Charlottesville protest.

“I feel like there is nothing any of us can say right now without being judged,” she said.