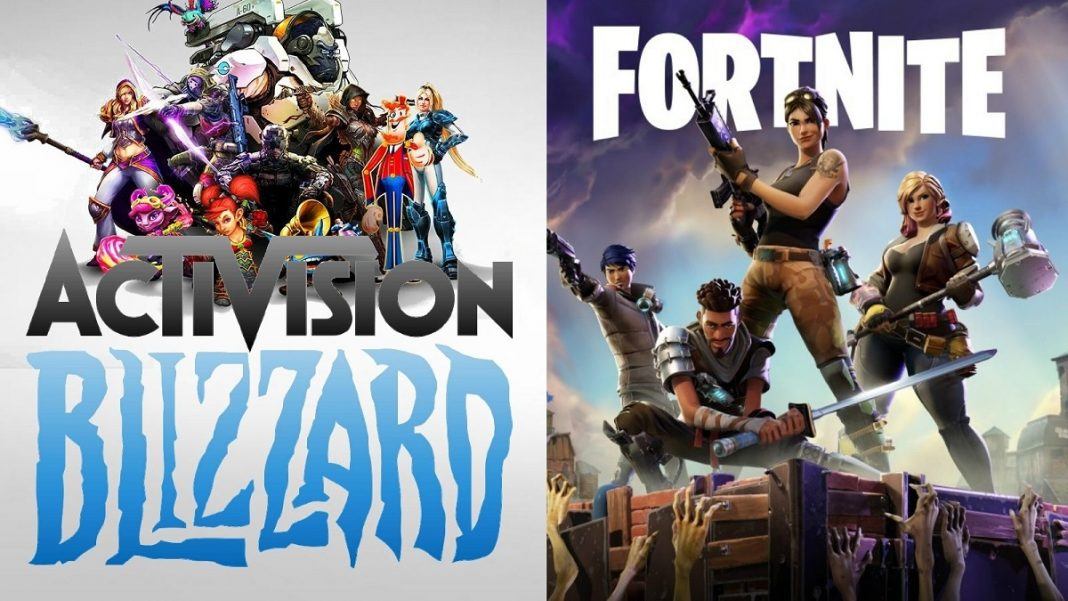 While the gaming industry may be a huge moneymaker, Activision Blizzard is feeling the effects of one game cornering the market as is the case with Fortnite. Even though Donald Trump continues telling his devout following how great the economy is doing, the nearly 800 workers being laid off would beg to differ with the president.

Video game maker Activision Blizzard is laying off nearly 800 workers as the company braces for a steep downturn in revenue following the best year in its history.

The cutbacks announced Tuesday illustrate the boom-and-bust cycles in an industry whose fortunes are tied to video games that can have a relatively short lives before players move on to the next craze.

Is Fortnite the cause?

Right now, Epic Games’ “Fortnite” is a hot fad that has been siphoning attention — and potential sales — from the titles made by other companies.

Although Activision also still owns popular games such as “Call of Duty” and “Candy Crush,” it expects its revenue this year to fall by about 20 percent to $6.03 billion.

Activision will cope trimming 8 percent from its workforce of nearly 10,000 people and assigning more of its remaining employees to work on “Call of Duty,” ″Candy Crush,” and several other of its most popular titles.

The Santa Monica, California, company had already reshuffled its leadership, even though it profits rose last year by more than five-fold to $1.8 billion. Revenue climbed 7 percent to $7.5 billion, the highest since Activision’s inception 40 years ago.

But CEO Bobby Kotick said the performance fell shy of the company’s expectations, prompting a re-evaluation of its priorities and a pruning of its workforce.

This year “will require significant change to enable us to achieve our long-term goals and objectives,” Kotick told analysts during a Tuesday conference call. “We’re making changes to enable our development teams to create better content for our biggest franchises more quickly.”

Severance pay and other costs incurred in the layoffs will result in accounting charges of about $150 million.

Even as jettisons workers as some of its revenue evaporates, Activision said it will also boost its stockholder dividend by 9 percent from last year to 37 cents per share.

Activision’s stock rose $1.33, or 3 percent, to $43 in extended trading after the layoffs were announced.

Pentagon Steps Up A.I. Use

The U.S. military wants to expand its use of artificial intelligence in warfare but says it will take care to deploy the technology in accordance with the nation’s values.

The Pentagon outlined its first AI strategy in a report released Tuesday.

The plan calls for accelerating the use of AI systems throughout the military, from intelligence-gathering operations to predicting maintenance problems in planes or ships. It urges the U.S. to advance such technology swiftly before other countries chip away at its technological advantage.

“Other nations, particularly China and Russia, are making significant investments in AI for military purposes, including in applications that raise questions regarding international norms and human rights,” the report says.

The report makes little mention of autonomous weapons but cites an existing 2012 military directive that requires humans to be in control.

The U.S. and Russia are among a handful of nations that have blocked efforts at the United Nations for an international ban on “killer robots” — fully autonomous weapons systems that could one day conduct war without human intervention. The U.S. has argued that it’s premature to try to regulate them.

The strategy unveiled by the Department of Defense this week is focused on more immediate applications, but even some of those have sparked ethical debates.

The Pentagon hit a roadblock in its AI efforts last year after internal protests at Google led the tech company to drop out of Project Maven, which uses algorithms to interpret aerial video images from conflict zones. Other companies have sought to fill the vacuum, and the Pentagon is working with AI experts from industry and academia to establish ethical guidelines for its AI applications.

“Everything we’ve seen is with a human decision-maker in the loop,” said Todd Probert, a vice president at Raytheon’s intelligence division, which is working with the Pentagon on Maven and other projects. “It’s using technology to help speed up the process but not supplant the command structure that’s in place.”