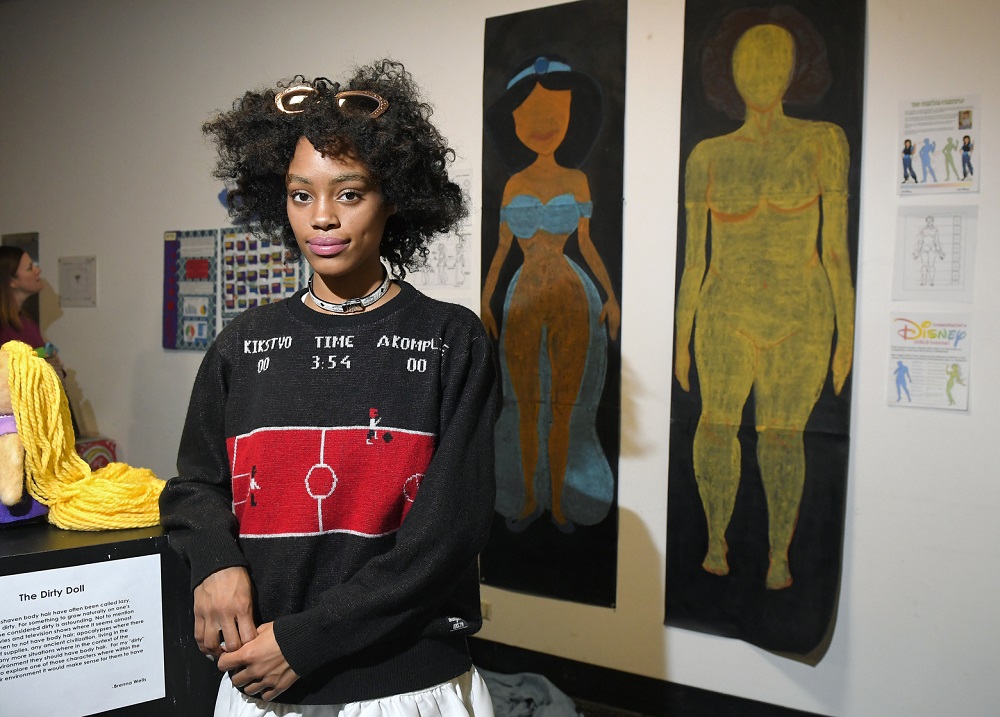 As with any industry that’s dominated by one sector, bringing in some diversity can shake things up, and the animation world has seen that recently as more women have entered and made their mark.

That’s not to say male animators haven’t done some incredible work, but over time cliches begin to take form and audiences yearn for something new. Once such example of freshness is the virtual reality short “Dear Angelica,” which tells a very simple story.

A girl who has lost her actress mother at a young age reconnects by watching her old films on a VCR. Oculus has made the story easy to follow and feel that you’re actually joining this young girl’s journey with her mother onscreen.

Since this is a female-led story that is illustrated by a woman and comes out of the boys club Silicon Valley, “Dear Angelica” gives us a hint of what’s to come in both VR and storytelling.

“What’s so great about this piece is it’s got two female characters, it’s about women, it’s about mothers,” says Wesley Allsbrook, Dear Angelica’s art director and main illustrator. “This should be something that’s not tokenism. We should be making a lot of these. Tech is a weird and not necessarily safe space for women, but it doesn’t have to feel like that—and perhaps Dear Angelica can help there.”

The film premiered at the Sundance Film Festival and showed what’s possible in VR, not to mention the growing legion of women in animation. 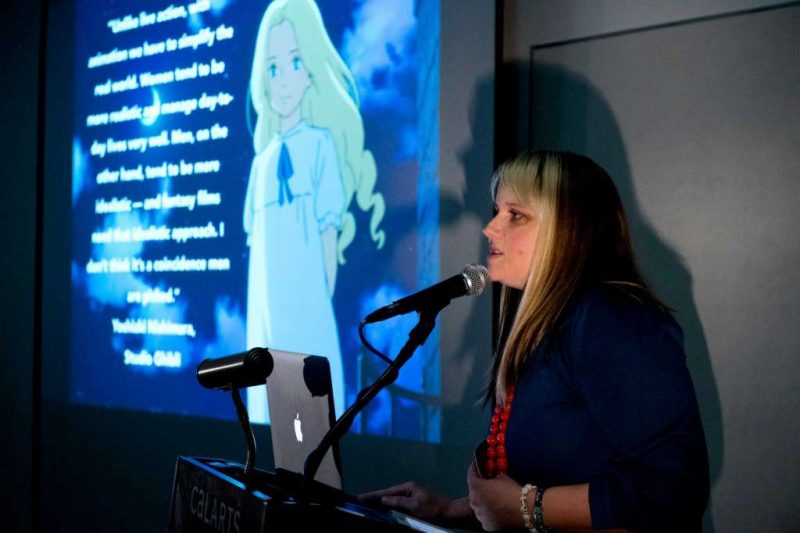 The California Institute of the Arts was created partly by Walt Disney‘s desire to bring more top-flight animators into the profession. And it has during its 47 years, though for a long time almost all were men.

Now, nearly three-quarters of CalArts’ more than 250 animation students are women, and there’s a new goal: ensure that when they land jobs, they get to draw female characters reflective of the real world and not just the nerds, sex bombs, tomboys or ugly villains who proliferate now.

“Male villains, for example, can be any shape or size. But female villains are usually in their menopausal or postmenopausal phases. They’re older, they’re single, they’re angry,” said Erica Larsen-Dockray, who teaches a class on “The Animated Woman” for CalArts’ experimental animation program.

“Then you have the innocent princess,” she added with a chuckle, “whose waist is so small that if she was actually alive, she wouldn’t be able to walk.”

To call attention to that cartoonish reality, CalArts has played host the past two years to “The Animated Woman Symposium on Gender Bias.” This year it focused on the roles of “Sidekicks, Nerd Girls, Tomboys and More.”

During a recent raucous two-hour symposium, nearly a dozen student researchers who spent months watching cartoons and reading comic books questioned why almost all female sidekicks look like nerds. Also why female heroes like Kim Possible are over-the-top beautiful. And why there are so few gay, lesbian and transgender characters.

“What are nerd-girl stereotypes? They have glasses, they’re shy, they’re awkward, they have some freckles going on,” said film-video student and artist Madison Stubbs as she flashed drawings of several, including two of the most popular: Velma from “Scooby-Doo” and Meg Griffin of “Family Guy.”

“And we have Tootie from ‘Fairly OddParents,'” Stubbs said of the long-running Nickelodeon cartoon show’s pig-tailed, braces-wearing, bespectacled sidekick. “Basically, she’s just in the show to go, ‘Oh, Timmy. I want you. Why do you ignore me?'”

Not that all female cartoon sidekicks are unattractive.

Velma could be the “hot girl,” Stubbs said, if only she would lose those nerdy glasses. But every time she does, she trips over stuff, walks into things and nearly upends another paranormal investigation by those meddling kids from Scooby-Doo Mystery Incorporated.

Kim Possible, who couples her intellect with martial-arts skills to scuttle nefarious Dr. Drakken’s plans to take over the world, has her own problems. Unable to attract any handsome, smart guy, she ultimately settles for her nerdy male sidekick, Ron Stoppable.

“Many, many, many women are going to animation schools. At CalArts, it’s over 70 percent. But yet if you start looking at women in creative roles, the last number we have is only 22 percent,” said Dean, whose organization tracks figures through schools and industry groups.

In an effort to boost those numbers, CalArts faculty invites studio representatives to campus for events like portfolio days and maintains a close relationship with groups like Dean’s, which is pushing the studios to have a creative workforce of half women and half men by 2025.

CalArts, with a student enrollment of nearly 1,500, offers graduate and undergraduate degrees in such fields as animation, art, music, film, acting, photography and others. The small school situated amid picturesque rolling hills some 30 miles north of Los Angeles has produced many of the entertainment industry’s leading creative figures, including director Tim Burton and Oscar-winning animator and Disney-Pixar executive John Lasseter.

Other alumni, including Brad Bird, Andrew Stanton and Pete Docter, have directed nine of the 15 Oscar-winning animated feature films since that category was created in 2002. Only two of those 15 films had female directors. Both of them, Brenda Chapman and Jennifer Lee, are CalArts graduates.

Dean believes the character landscape will change as the popularity of animation continues to grow. Three of last year’s top 10 box office films were animated – “Finding Dory,” ”Zootopia” and “The Secret Life of Pets.”

None were directed by women, although Lee, who wrote and co-directed the 2013 Oscar-winning film “Frozen,” had a writing credit on “Zootopia.”

“The only way you’re going to change it is to keep doing it,” she said. “The industry itself has changed a lot, but it has not changed at the same rate the country has.”