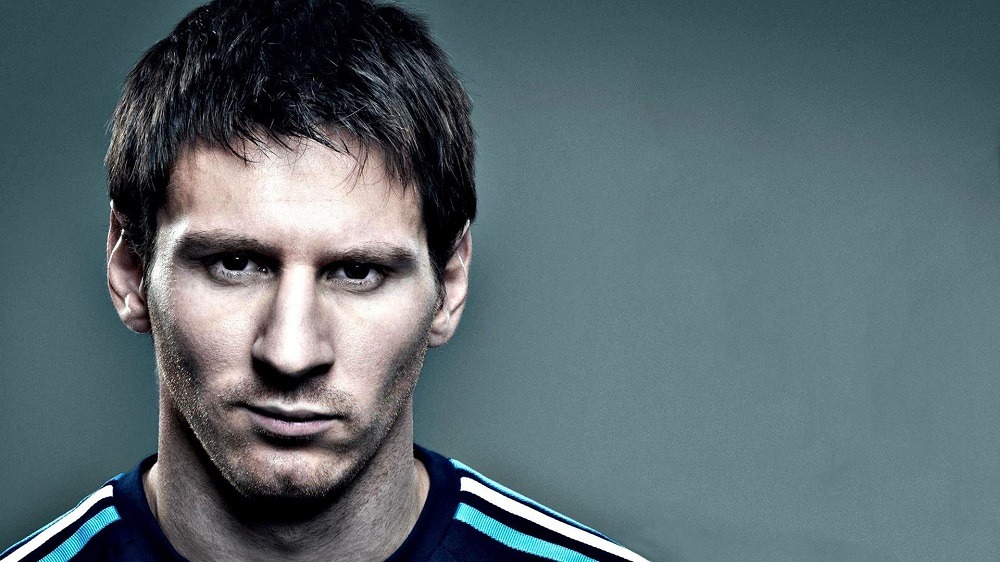 Fans are hoping that Lionel Messi will change his mind about leaving his national team after their loss to Chili in the Copa America final. Even the country’s greatest player, Diego Maradona, has jumped on the bandwagon asking Messi to give the team another chance.

Lionel Messi arrived back in Argentina on Monday and avoided commenting on his abrupt resignation from the national team after losing the Copa America final to Chile.

Dozens of emotional fans wearing the white and sky-blue striped jerseys of the national team, adorned with Messi’s number 10, waited in the rain for the team to arrive back from the tournament in the United States.

Some followed the team bus along the road leading from the airport to the Argentine Football Association complex. They waved flags, chanted” ”Messi is not leaving!” and carried banners. One of them read: “Messi: I love you more than I love my mom.”

Although Messi could not be seen on the bus, AFA spokesman Ernesto Cherquis Bialo confirmed to media outlets that he had arrived in Buenos Aires with the rest of the team.

Some fans, players, and even Argentina’s president and the country’s greatest player Diego Maradona asked Messi to reconsider. Other supporters on Monday were simply sad that one of the all-time greats is departing the national team prematurely.

Messi shocked Argentina and the whole world with his unexpected resignation after Chile defeated Argentina 4-2 on penalties after a 0-0 draw on Sunday.

“The national team is over for me,” Messi told the Argentine network TyC Sports. “It’s been four finals, it’s not meant for me. I tried. It was the thing I wanted the most, but I couldn’t get it, so I think it’s over.”

Messi lifted Argentina’s first penalty kick over the crossbar, setting the stage for another loss in a final. Messi and Argentina lost to Brazil in the 2007 Copa final and to Germany in extra time in the 2014 World Cup final. They lost last year’s Copa final to host Chile on penalty kicks after a 0-0 draw.

“I imagine it was a very hard blow,” Barcelona teammate Gerard Pique said. “I know how competitive he is. He will recover from this.”

Messi moved to Barcelona in 2001 when he was 13, producing lots of hardware for the Catalan club. But many fans at home have criticized him for not leading the nation to a World Cup title, as Diego Maradona did in 1986.

Fans also gathered outside the downtown office of the Argentine Football Association, many torn by Messi’s promised departure.

“I feel an enormous sadness, it tears my heart in two,” said 29-year-old Juan Pablo Pinasco. “It was the cup that he (Messi) had to win, more than anything it is something that he deserves, and I just don’t want him to leave the national team.” 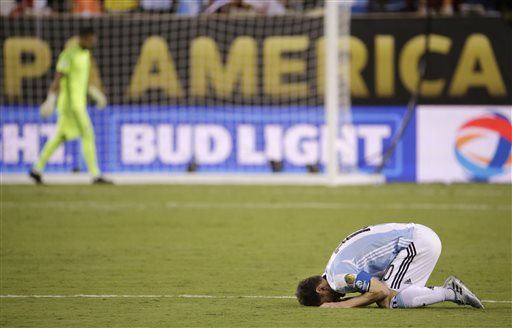 Another Argentine was more critical of Messi.

“He is the best, he is the best outside (of Argentina), but he just has no luck here,” Guido Stanchi said. “That’s it, he’s got to go. The team doesn’t help him. Now there has to be a change. Let some new players come, ones that have a bit more will.”

Sergio Romero, Argentina’s goalkeeper, said Messi spoke in the heat of the moment, and he wants him to reconsider.

“It’s sad because once again a beautiful chance slipped away,” Romero said.

Argentine President Mauricio Macri said on Twitter that “more than ever I feel great pride for our team. I hope we can continue to have the joy of seeing the world’s best player for many years.”

Macri, a former president of Boca Juniors, one of Argentina’s top soccer clubs, ended his tweet with the hashtag #NoTeVayasLio (#Don’tLeaveLio), which became a global trending topic and even a playlist on Spotify on Monday.

Before the Copa America, Maradona had some criticisms of Messi. “He’s a great person, but he has no personality. He doesn’t have the personality to be a leader,” he told Brazil’s Pele during an event in Paris. But on Monday, Maradona struck a paternal tone and said Messi must stay with the team and win it all. 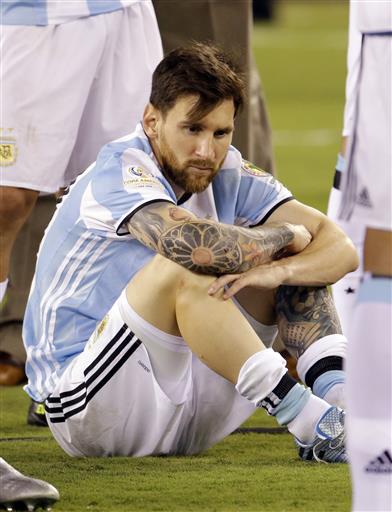 “He has to continue!” Maradona told the site of local La Nacion newspaper. “He must go on because he has it in him and will last for a long while because he will reach Russia in conditions to become world champion.”

Argentina’s next competitive match is a World Cup qualifier against Uruguay in September, and the top-ranked Albiceleste are considered among the early favorites to win the 2018 World Cup in Russia.

Messi, who turned 29 on Friday, won under-20 and Olympic (under-23) titles with Argentina. He has led Barcelona to four Champions League and eight Spanish league titles, scoring 453 competitive goals in 531 games, including a La Liga-record 312.

He is the national team’s career leading scorer with 55 goals in 113 international appearances.

“That’s it, I’ve already tried enough,” he told TyC. “It pains me more than anyone not being able to be a champion with Argentina, but that’s the way it is. It wasn’t meant to be, and unfortunately, I leave without having achieved it.”