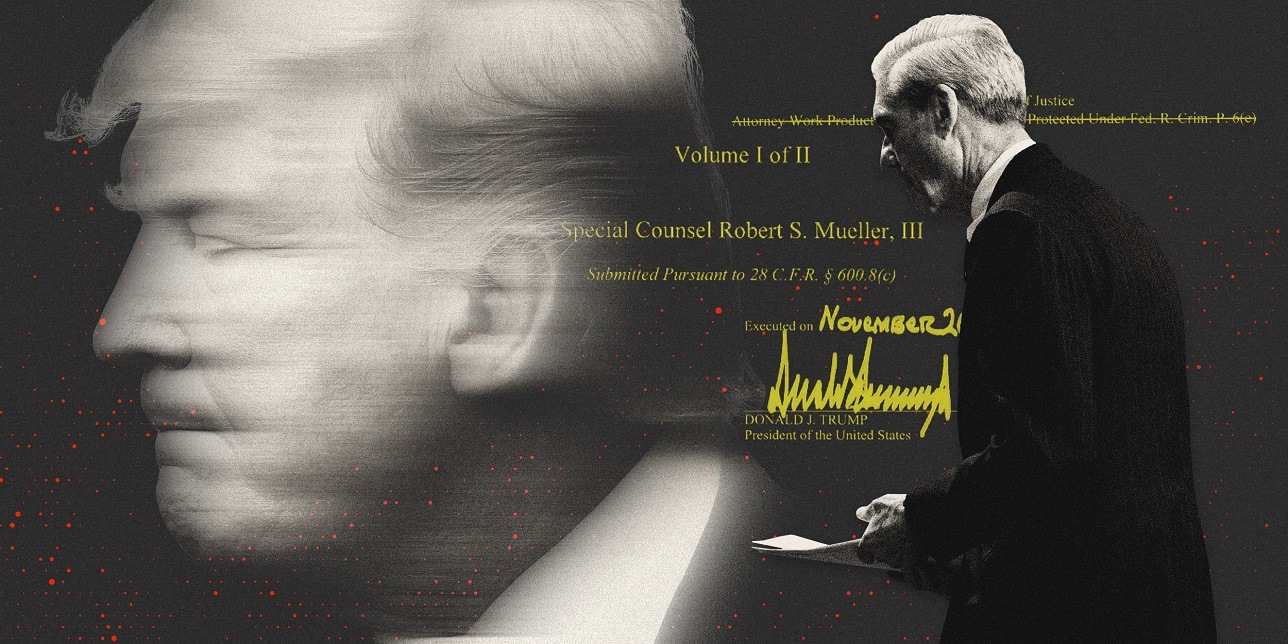 Even though it was promoted heavily on CNN and MSNBC, only 13 million viewers chose to watch Robert Mueller testify before Congress Wednesday. It would have required quite a commitment since it was a seven-hour event. It wasn’t nearly as big as Michael Cohen testifying before Congress in February, but everyone knew that would be a soap opera unto itself. His draw was 15 million viewers while James Comey’s 2017 time in front of Congress brought in 19.5 million eyeballs.

Brett Kavanaugh‘s Supreme Court confirmation hearing was the highest at 20 million viewers. That was expected with all the controversy that surrounded it.

We warned you not to expect any high drama from Robert Mueller testifying to Congress, and even though he gave consistent facts, many naysayers are focusing on his lack of ‘show.’ This is not the type of man who is looking to dazzle us. He’s a truly straight arrow with a very military background. This is a man who pays close attention to words and respects them highly. While many use words loosely, Mueller does not, and as the Democrats tried to get him to use words like ‘impeachment,’ he was not about to take the bait.

Naturally, President Donald Trump falsely claimed exoneration from Robert Mueller on Wednesday even as the former special counsel told Congress he offered no such vindication. Trump is now trying to act like nothing different took place, and sadly, in today’s world, people will follow suit.

Mueller spoke as few words as possible through the hours of hearings. But much of what he did say was bent by Trump and partisans on both sides to suit their purposes.

A look at some of the statements inside and outside the hearings:

TRUMP to his critics, in a fundraising letter from his 2020 campaign: “How many times do I have to be exonerated before they stop?”

THE FACTS: Trump has not been exonerated by Mueller at all. “No,” Mueller said when asked at the hearing whether he had cleared the president of criminal wrongdoing in the investigation that looked into the 2016 Trump campaign’s relations with Russians.

In his report, Mueller said his team declined to make a prosecutorial judgment on whether to charge Trump, partly because of a Justice Department legal opinion that said sitting presidents shouldn’t be indicted.

As a result, his detailed report factually laid out instances in which Trump might have obstructed justice, leaving it up to Congress to take up the matter.

As well, he looked into a potential criminal conspiracy between Russia and the Trump campaign and said the investigation did not collect sufficient evidence to establish criminal charges on that front.

Joe Biden Slips Up On Facts Too

JOE BIDEN, Democratic presidential contender: “Mueller said there was enough evidence to bring charges against the president after he is president of the United States, when he is a private citizen … that’s a pretty compelling thing.” — speaking to reporters in Dearborn, Michigan.

THE FACTS: Mueller did not say that. He deliberately drew no conclusions about whether he collected sufficient evidence to charge Trump with a crime.

He merely said that if prosecutors want to charge Trump once he is out of office, they would have that ability because obstacles to indicting a sitting president would be gone.

Even that came with a caveat, though — Mueller did not answer whether the statute of limitations might put Trump off limits to an indictment should he win re-election.

Biden spoke after being briefed on the hearings and prefaced his remark with a request to “correct me if I’m wrong.”

TRUMP, on why Mueller did not recommend charges: “He made his decision based on the facts, not based on some rule.” — remarks to reporters after the hearings.

THE FACTS: Mueller did not say that, either.

The special counsel said his team never reached a determination on charging Trump. At no point has he suggested that he made that decision because the facts themselves did not support charges.

The rule Trump refers to is the Justice Department legal opinion that says sitting presidents are immune from indictment — and that guidance did restrain the investigators, though it was not the only factor in play.

THE FACTS: Mueller’s report is lawful. Nothing in Justice Department regulations governing special counsels forbids Mueller from saying what he did in the report.

It is true that the regulations provide for the special counsel to submit a “confidential report” to the attorney general explaining his decisions to recommend for or against a prosecution. But it was Attorney General William Barr who made the decision to make the report public, which is his right.

Special counsels have wide latitude and are not directed to avoid writing about “potential crimes that weren’t charged or decided,” as Ratcliffe put it.

Mueller felt constrained from bringing charges because of the apparent restriction on indicting sitting presidents. But his report left open the possibility that Congress could use the information in an impeachment proceeding or that Trump could be charged after he leaves office.

The factual investigation was conducted “in order to preserve the evidence when memories were fresh and documentary materials were available,” the report said.

In a tweet, Neal Katyal, who drafted the Justice Department regulations, wrote: “Ratcliffe dead wrong about the Special Counsel regs. I drafted them in 1999. They absolutely don’t forbid the Mueller Report. And they recognize the need for a Report ‘both for historical purposes and to enhance accountability.’”

THE FACTS: That’s certainly one interpretation of the report, but the tweet buttressed her case by displaying a Mueller quotation that he later corrected, concerning guidance from the Justice Department’s Office of Legal Counsel.

In the morning, Democratic Rep. Ted Lieu of California asked Mueller: “The reason, again, that you did not indict Donald Trump is because of OLC opinion stating that you cannot indict a sitting president. Correct?”

Mueller responded: “That is correct.”

The notion that Trump would be indicted, absent that guidance, ricocheted online, and Harris posted the Lieu-Mueller exchange with her tweet. But when the afternoon hearing began, Mueller walked back his words.

“I want to add one correction to my testimony this morning,” he said in reference to his answer to Lieu. “We did not reach a determination as to whether the president committed a crime.”

His report stated that the Justice Department guidance was partly responsible for holding back potential charges but not the only reason.

Rep. MIKE JOHNSON, R-La.: “Millions of Americans today maintain genuine concerns about your work in large part because of the infamous and widely publicized bias of your investigating team members, which we now know included 14 Democrats and zero Republicans.”

THE FACTS: Johnson echoes a widely repeated false claim by Trump that the Mueller probe was biased because the investigators were all a bunch of “angry Democrats.” In fact, Mueller himself is a Republican.

Some have given money to Democratic candidates over the years. But Mueller could not have barred them from serving on that basis because regulations prohibit the consideration of political affiliation for personnel actions involving career attorneys. Mueller reported to Attorney General William Barr, and before him, then-Deputy Attorney General Rod Rosenstein, who were both Trump appointees.