Home All News Politics Exactly what is Antifa? And why Donald Trump hates them 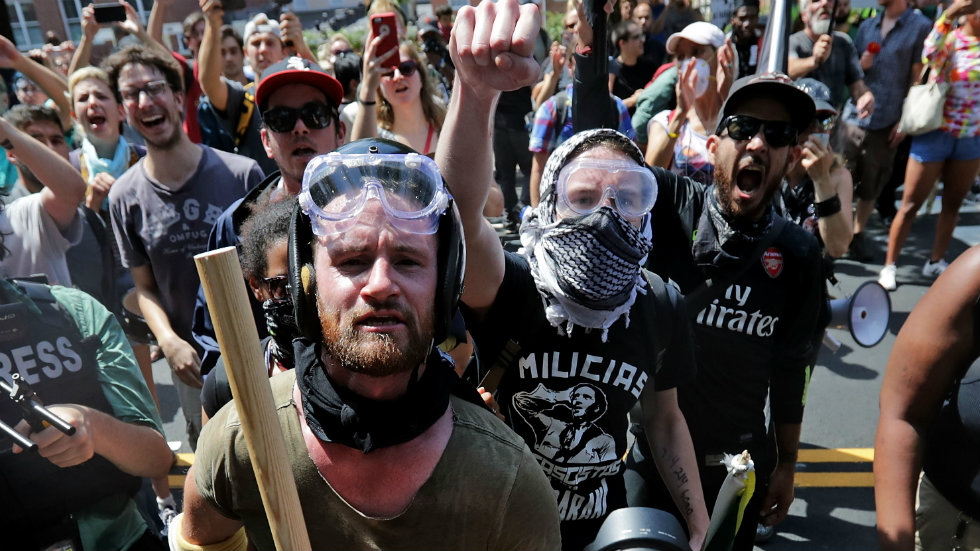 What is Antifa? It is a relatively new term for many people. With the events that happened in Charlottesville, VA at the University of Virginia, it has been in the mainstream media now more than ever. There are some mixed signals about it and many misconceptions with a lot of folks wondering what the group’s agenda really is.

While Donald Trump and the Republicans are trying to paint a very damaging picture of what the movement stands for, when it comes down to it, Antifa or Anti-Fascism which is what it means, is the response to the white supremacy that has run rapid in America.

Does that mean it’s a good thing? Well, that depends on whom you are asking. According to information on the Internet, Antifa is a militant political movement that grew out of the need to combat hate-fueled movements like the Alt-Right and white nationalism. In fact, according to CNN, Antifa’s origins “Can be traced to Nazi Germany and Anti-Fascist Action, a militant group founded in the 1980s in the United Kingdom.” It seems that the movement counters the most racist movements the world has seen, a fact that people who are members of said movements don’t like. Trump and other white supremacists have actually gone out of their way to label these individuals as extremists that are hurting America. Oh, the irony. That’s not how I see it. They attend high profile right winged events all over the country to let evil people know that they are not the only ones fighting for what they believe to be true. From my understanding, they show up ready to go head to head with bigotry and hate. What is so bad about that?

I know from experience that if you allow a thing to continue without saying much or doing anything to combat it, it will transform into an uncontainable beast. For a long time, movements like the Alt-Right have festered in the basements and halls of racist white people’s houses awaiting their savior. Now that they have found their leader in Trump, they are out in our faces without apology. They have no issues with being violent if the situation calls for such action. They have no issues with spewing their hate speech on social media and in news outlets. To be honest, I can’t really name an organized group that has effectively come up against the many hate groups that exist until now. If Antifa’s mission is to combat the forces of evil that seek to destroy the groups of people who helped build this country, more power to them. 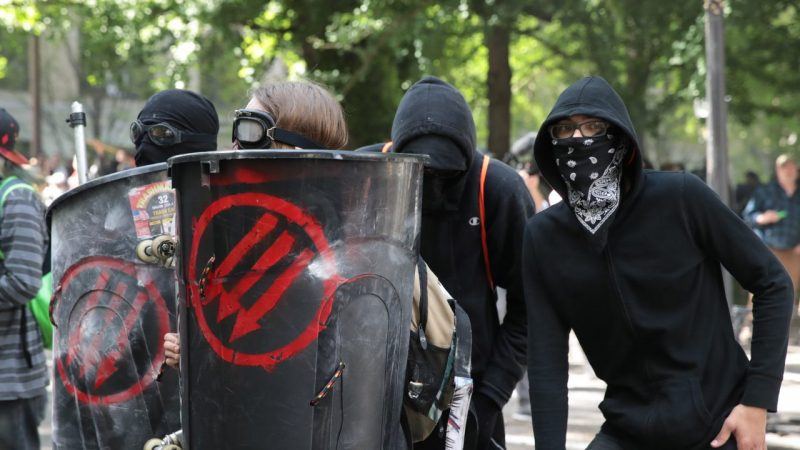 Understanding groups like Antifa comes down to deciphering the language used by people in high places. If we listen to folks on the right, Antifa members are dangerous rioters who don’t practice what they preach. These are the words of one white nationalist who attended the violent UVA protests. Peter Cvjetanovic told CNN affiliate KRNV that Antifa is “Just as dangerous, if not more dangerous than the right wing could ever be.” Cvjetanovic and others like him believe that,

“These are people who preach tolerance and love while at the same time threatening people with a different political ideology. We go to our rallies, and they harass us and attack us but they held theirs, and we ignore them. You don’t see right-wing protests get like this.”

Cvjetanovic is a prime example of the victim mentality by which white people who believe in, teach, and practice their supremacist ideals live. They are the ones who know what they do is erroneous but instead of taking full responsibility for their actions, they say that there is blame on all sides to be shared when things go terribly, terribly wrong. As long as they have a president who’s administration continues to make up terms like the “Alt-Left” to ease the pressure on them, they will never, ever see the errors of their ways. In those moments when one cannot see clearly, it is sometimes appropriate for an outside force to help them better understand their transgressions. Enter Antifa.

When it comes to fighting the kind of hate that has become commonplace in America, it’s going to take the collective efforts of those who reject the belief that one race is superior over another. What we are seeing with the growth of Antifa is cause and effect in action. Trump and his followers know that. They are trying to use their words to condition the minds of people that these counter-protesters are evil and un-American. But that’s just white supremacists way of throwing tantrums.

Antifa is direct in its actions. They go where Nazis and fascists go to combat the harm that their words, actions, and beliefs cause other people. If David Duke and his crew can’t take the heat Antifa brings, well then I guess they should get their asses out the kitchen now, shouldn’t they?