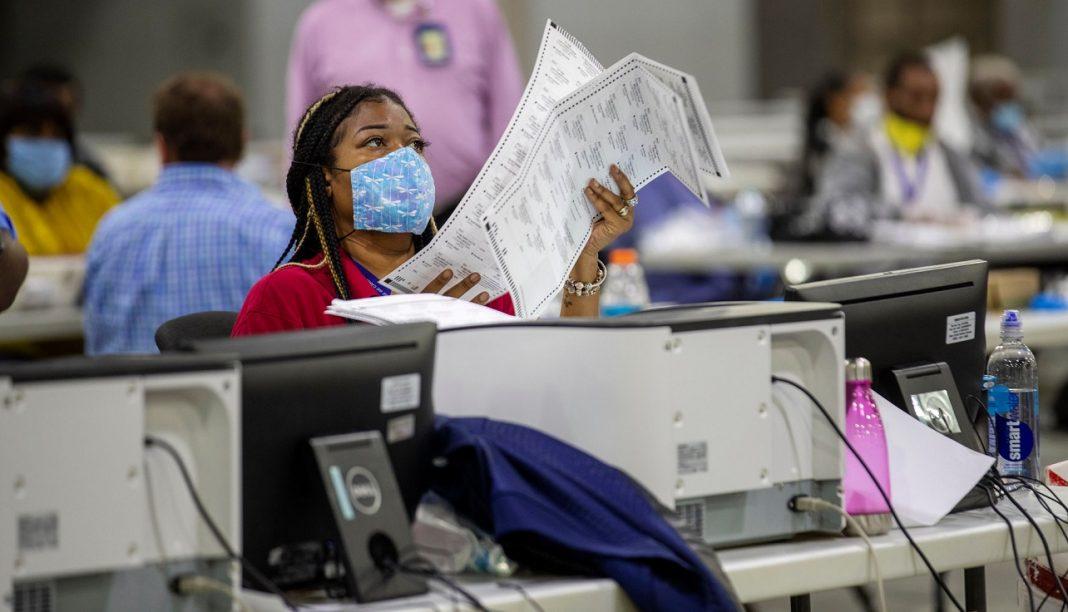 Georgia has known for a long time that it has a voting problem, and last week it was proven right again. Last summer the strange election hack that affected Stacey Abrams and Brian Kemp was just another blip in a state with a messy voting history.

The issue was identified in at least four counties, DeKalb, Morgan, Clarke and Cherokee, according to officials who discovered them, including activists who have sued the state for alleged election mismanagement.

“The fact that it is in multiple counties tells me that it’s probably systemic,” said Richard DeMillo, a Georgia Tech computer scientist who has testified for the plaintiffs, because identical scanners and software were used to count all absentee ballots across the state. DeMillo said the only way to know for sure is through audits.

A top Georgia voting official, voting implementation manager Gabriel Sterling, said Friday that he had seen no evidence yet of the issue and found it difficult to believe the reports were “an active description of what is happening on the ground.”

“These are activists who have an ax to grind,” he said.

Nearly 1.1 million Georgians voted by mail for Tuesday’s primary, which had been delayed twice due to the coronavirus pandemic.

In-person voting Tuesday was beset by cascading failures. Voters waited up to five hours to cast ballots at some polling places due to equipment problems, poll worker unfamiliarity with a new voting system and social distancing measures taken because of the virus. Many voters also showed up to vote in person because absentee ballots they requested never arrived by mail.

The scanners and ballot-marking devices used in all 159 Georgia counties Tuesday are part of a voting equipment package the state purchased for $120 million from Dominion Voting Systems after a federal judge ordered it to scrap an outdated, untrustworthy system.

In Morgan County, Republican-dominated and just southeast of Atlanta, panelists discovered at least 20 votes on scanned ballot images that the program had not recorded, said Jeanne Dufort, a Democrat on the panel. She said it appeared the votes did not register because ovals that were supposed to be filled in were instead checked or marked with X’s.

All three panelists agreed to add the unregistered votes to the electronic tally, said Dufort. But on Thursday, the county elections board voted 3-2 not to audit the rest of the roughly 3,000 absentee ballots. The other two panelists, both Republicans, did not return emails and phone calls seeking comment.

“It is a head-in-the-sand approach,” Dufort complained.

In Clarke County, vote review panelist Adam Shirley estimated at least 30 ballots out of about 300 flagged for anomalies had votes that “the system had not marked at all, that had not processed at all.”

Shirley, a Democrat, recommended a review of all 15,000 absentee ballots.

In an email Friday to fellow board members, county election board chair Jesse Evans said the problem should be addressed before results are certified.

He quoted Shirley as saying “it’s not just possible but probable that a ballot whose voter had clearly but not completely marked their vote would not have its votes counted by the software” and that he was disturbed the software did not flag the uncounted votes.

“We only noticed them by sheer luck as we were adjudicating other, flagged contests on ballots,” Shirley wrote to Evans.

In Cherokee County, the problem was detected in less than 5% of the flagged ballots, said an elections official who spoke on condition they not be further identified, citing fear of political harassment. The official said the number of flagged ballots was in the hundreds.

In DeKalb, County, review panel member Elizabeth Burns estimated finding between 20-50 uncounted votes on 530 flagged ballots and said her team had so far only reviewed half its 100,000 absentee ballots. Like Shirley, she said her team had stumbled upon the issue. She said she wondered if other counties were even aware of it.

“Maybe not everyone has been as thorough as us and noticed this,” she said.

“The detection of this major problem was only because of diligent citizen oversight. The officials charged with the duty to fully test the equipment recklessly failed to responsibly do so, or to audit it,” said Marilyn Marks, executive director of the Coalition for Good Governance, which is demanding in court that the state scrap the ballot-marking devices.

Let The State Deal With That

Dominion spokeswoman Kay Stimson referred questions to the state, but said in an email that her company’s systems “are designed to support robust post-election audits, and we support them as a recommended best practice for elections.”

Sterling, the state official, said authorities are willing to consider audits if merited.

Voting security expert Harri Hursti said inadequate pre-election testing may be the cause of the issue. A fix could be as simple as adjusting the contrast settings in the image-capturing software. Or it could be a different coding issue.

Amber McReynolds, CEO of the nonprofit Vote at Home that promotes voting by mail, said it may have been possible to avoid the unregistered vote issue by placing the software at the highest sensitivity for discerning markings. The Dominion election system used in Georgia is used in many states with tough standards like Colorado, she said.

It was, however, denied certification by Texas, which cited “multiple hardware and software issues” identified by state-appointed examiners. They cited a complex installation process and one called the suite “fragile and error prone.”

The system is proprietary, however, and Hursti said it has never been subjected to an independent security review.