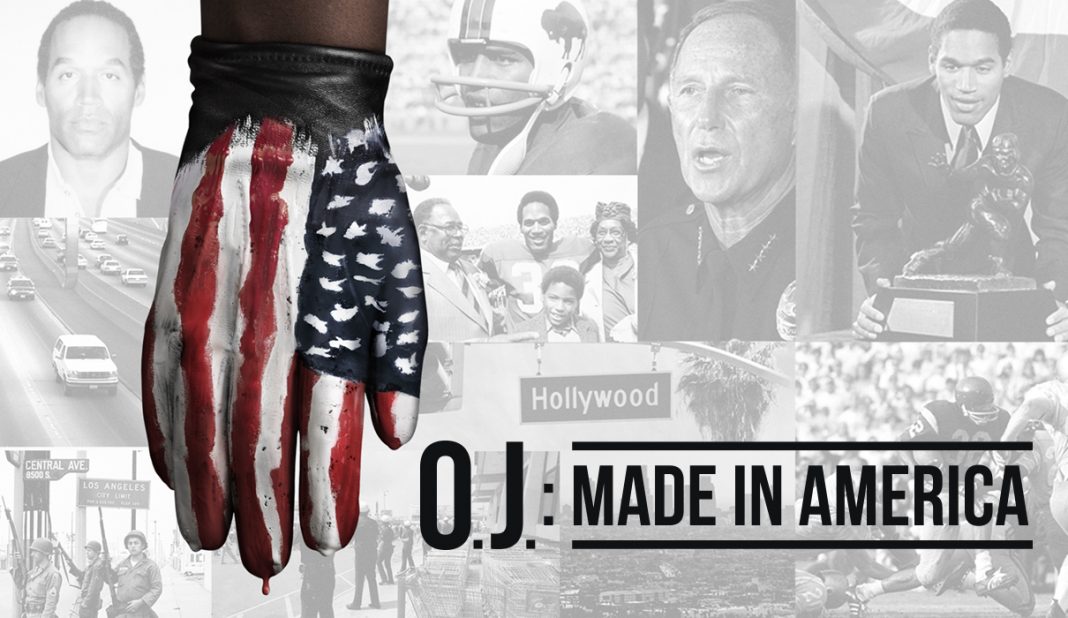 ESPN’s 30 for 30 films rarely disappoint and “O.J.: Made in America” was no exception. This five part mini-series was far longer than any other 30 for 30, yet it was engaging enough to hold our attention even if it had been twice as long.

The O.J. story has been told over and over since Nicole Brown and Ron Goldman were butchered back in 1994.

But this is one story that never gets old. It’s still fascinating to this day, hence the success of the FX series a couple of months back. Countless people tuned into ESPN’s documentary, and even more will see the sordid details over the next year via on-demand and streaming services.

Part one of the mini-series was the least interesting, but it was needed to lay out just who O.J. Simpson was and how he achieved his success. Parts two through five were much more entertaining, disturbing, infuriating, and just plain sad.

Like many people, I saw the murder scene for the first time during this documentary. All the noise around the case went away when I saw Nicole and Ron lying in pools of their own blood.

The ridiculous Bronco chase, the hell-bound Dream Team, the corrupt L.A.P.D., the disastrous glove fitting demonstration…..all that was no longer in the way of the main point of the case. Two people were brutally killed for no good reason.

And a guilty man was set free.

The film did an excellent job of showing how a jury might want to set a black man free, regardless of the facts. The Rodney King incident followed by the L.A. riots were key factors, but also that these jurors were held captive by this never-ending trial.

It’s a shame those twelve people only gave three and a half hours to the deliberation process, but they were only human. And honestly, a jury of our peers is a flawed way to judge someone on trial for serious crimes.

Do you want the average moron who watches TV 32 hours weekly, deciding your fate? Or would you prefer a professional jury made up of highly educated people? 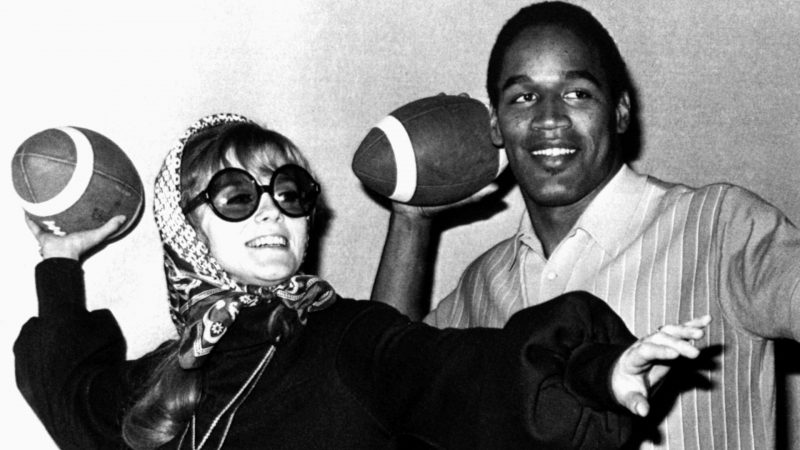 “Made in America” pointed out how O.J. never wanted much to do with the black community….until he got in trouble. Then he found himself to be a vessel of a civil rights movement looking for karma for the historically bad treatment black men have received from the legal system.

Many black leaders in the film made it clear, it wasn’t about O.J. He just happened to be a guy in a position to send a message.

Too bad for many of O.J.’s fans who jumped for joy when the “not guilty” verdict was read, that the former Heisman Trophy winner wouldn’t have bothered spitting on them had they caught fire.

Karma played a role again when we got a peek at the incident that landed O.J. in prison years after he beat the double 187 rap. Simpson got a raw deal for simply trying to get his memorabilia back from a shady dealer.

O.J. was a POS woman beater who finally snapped and killed the mother of his children. Not to mention an innocent Ron Goldman.

The fact that many black men before him were treated horribly by the legal system didn’t make it right for O.J. to get away with murder. And by the way, his situation was so far removed from the average Joe tangled up in a legal mess, that no message was really sent at all.

O.J. got off because he could afford one hell of a legal team, not because of his skin color. Black, white, or green, you best have some big stacks of cash if you find yourself facing serious charges in the American legal system.

The powers that be in L.A. were truly fearful of having their city burned to the ground. But it was the Dream Team running roughshod over a weak judge and trouncing the prosecution that got the Juice loose.

If you missed “O.J.: Made in America,” check it out on-demand. It’s a fascinating watch, even all these years later. There’s tons of info I had forgotten, along with many new details of the case and the man’s life before the murders.

There is still enough information out there to make ten more of these documentaries.

I’d watch more just to see the depths of Al Cowlings’ loyalty to his murderous friend. And I would love to see more details on Robert Shapiro’s hatred for F. Lee Bailey and Johnnie Cochran.

And believe it or not, I’m up for more stories from people who saw O.J. as a good guy even after the trial ended. The man was hated by millions of course, but there were still tons of people who wanted to get pictures with him, to hug the guy, and shake his hand.

Not to mention that there was no shortage of women who wanted to get close to him.