It’s very difficult to see a time coming where guns are not a way of life for a vast number of Americans.

Though each time a maniac guns down a group of innocent people in the United States, there’s understandable outrage that guns are so prevalent in this country.

Seeing 49 people slaughtered at a nightclub or 20 little kids killed while at school is something all of us would like to prevent.

The anti-gun crowd would say that these type tragedies would never happen if not for the availability of handguns and assault rifles.

The pro-gun crowd, myself included, would say that some mass killings could possibly have been stopped or the death toll lessened, if only there had been an armed hero in the midst. 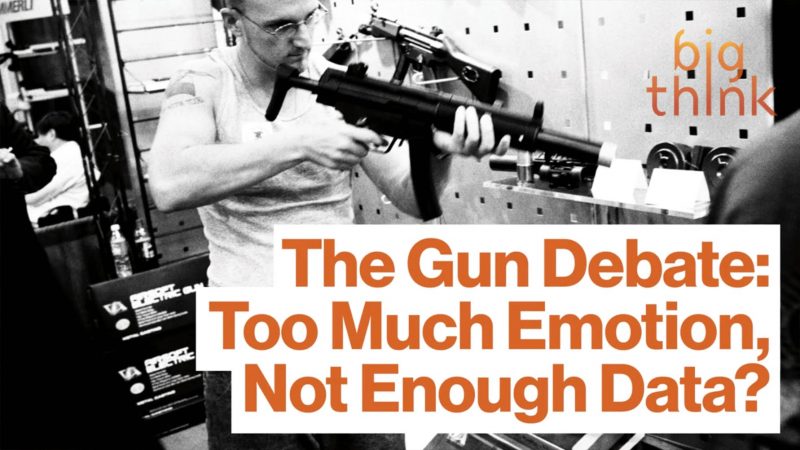 Laws are not magical.

The problem with wanting to get rid of all guns is the fact that guns do exist. Just like illegal drugs exist. Prostitution, though illegal, goes on every single day. Theft is an activity that happens on a minute by minute basis even though it’s obviously wrong, not to mention against the law.

Making something illegal does not make it vanish.

It’s an old argument, but a solid one.

It’s already illegal to murder people, yet these animals do so in spite of that imaginary obstacle. So why would a person willing to break the murder law, not be willing to get himself an illegal firearm if he saw the need to kill someone?

The anti-gun people would tell me that the problem with my mythical hero with a gun permit is that he just never materializes in these mass shootings.

My answer to that is to ask where are the cops when these shootings happen? The police cannot be everywhere at all times, so they end up being the clean up crew in most cases.

Yet anti-gun people would say that the only ones who should carry weapons should be those in law enforcement. They want the potential heroes to be ten minutes and a 911 call away, instead of possibly having a civilian hero at the scene with a weapon to fight fire with fire.

By the way, there are tons of examples of regular people who believe in the Second Amendment, fighting off violent criminals. Youtube is full of videos like this one below, where armed heroes used guns for good instead of evil.

The government can’t really protect you.

I get it. Many people look to the government for protection. And why not? Politicians have been telling the public that’s their job for decades.

But those promises of protection are mostly empty. No matter how many terror lists or gun restrictions that politicians create, there will always be maniacs who slip through the cracks.

If a man lives in an area that gets flooded every six months he best learn to swim and teach his family how to do so as well.

If a mother knows most people in her city end up on welfare, she should arm herself and her kids with as many books as she can gather, and become an expert on college scholarships.

Defending one’s self and one’s family is the main reason pro-gun people see the need for the freedom to own such weapons. They believe in self-reliance. Because in reality, you can only fully depend on yourself when SHTF.

A cop most likely won’t be on hand when you’re being assaulted, but obviously you will be present in that moment. So why not be armed in order to equalize the situation where your assailant clearly has no regard for the laws that are supposed to protect you from people like him?

In a more perfect world we wouldn’t have to worry about being armed in order to defend ourselves.

That world does not exist yet.

Maybe in the future we will see technology help us mold such a world. So far that technology has done a great job of connecting us globally and giving us some cool apps, but has not created a 100 percent peaceful planet.

I’d like to see a world in which I didn’t have to own a gun to protect myself.

And I’m even open to the idea that I’m wrong about the Second Amendment being the best way for the average person to defend himself and his property.

I’d love to hear any new suggestions that could do away with the need for guns.

Depending on government to do all the protecting is not new, doesn’t work….and we as a country can surely come up with better solutions than that.