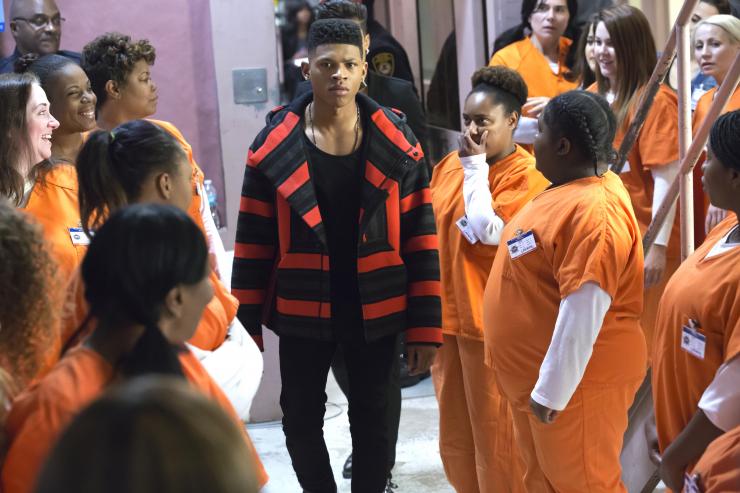 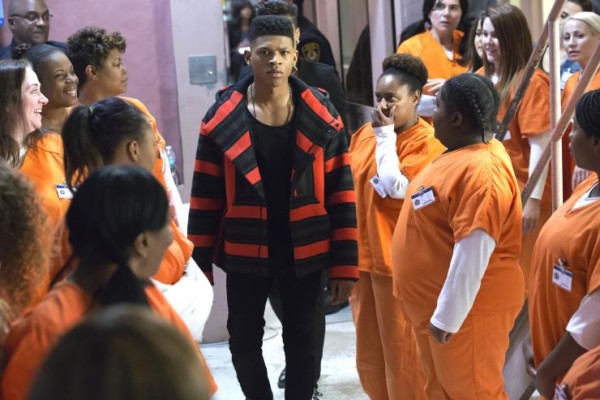 “Empire’s” Hakeem is a gullible ass bitch. Okay, I had to get that out. If you can’t tell from that statement, “Empire” was something else this week, and for a few moments during the mid-season finale, it recaptured the essence of its first season.

With Alex out of the picture, Cookie is having a hard time finding a new venue for her cookout. But that will soon be an easy fix because the American Sound Awards a.k.a. ASA nominations are here, and when Hakeem gets nominated, they’ll have not problem finding a place. But I’m going to tell you now that doesn’t happen.

In fact, Freda Gatz is the one who is nominated (along with others) for the award, which is crazy to me because I don’t ever remember her officially releasing a song. That aside, Hakeem is upset and pouts and acts like a little momma’s boy.

Now, how is Hakeem a gullible ass bitch you ask? Well, there’s no need in waiting until the end of this recap to tell you- He’s the reason that Lucious loses his place as CEO and Chairman of Empire. Yep, that’s right, Hakeem had a chance to save his father’s company from the hands of Mimi and…are you ready for it… Camilla, but he deliberately doesn’t give his father the vote he needs. He sits there and remembers all the things is father did to him and instead of giving a “nay” at ousting his daddy, he gives an “I.”

And let’s talk about Mimi. She, apparently, has been in cahoots with Camilla (Naomi Campbell) from the very beginning. In fact, Hakeem’s ex-lover is Mimi’s wife and is back on the scene. Mimi meets with Lucious and during said meeting, records him saying, pretty much, that “the board ain’t shit” and he doesn’t need them to do anything with Empire. She has had it in for him from the beginning, and he fell into her plan perfectly. Now since all the Lyons hold a share in the company, they along with a certain number of votes from the rest of the board would give them what they need to keep Lu in power. But Hakeem is too in his feelings to see that.

It’s really messed up the way things go down for Lucious…AND for Rhonda, which brings me to Anika’s stalker ass. She continues to visits Rhonda, which should raise a flag but doesn’t. This time around, Rhonda tells her that Lu refers to their baby as “the heir” and she does not like that shit. And we see how much Anika doesn’t like when she knocks over a stuffed animal when Rhonda leaves the room. The big story here is that we are pretty sure she is the person who sneaks into the house later that night (while Dre is dealing with Hakeem’s betrayal) trips the alarm causing Rhonda to come out of her room and pushes her down the stairs. It doesn’t  look good for the soon to be mom.

Let me say here that the total 180 the writers have done with Anika’s character is confusing and disheartening. I mean, they didn’t even set it up that she was capable of this kind of behavior and I don’t understand the reason for this storyline. She would be better off back with Lu if they were looking for a way to keep her on the show.

Speaking of Lucious, he walks in on Jamal and Sky “sharing a moment.” He (and we) find out that they not only kissed but had sex, which makes Lucious proud because that means she “fixed” Jamal. They perform their new song later in the episode and then Charlamagne tha God, who is so corny and so whack, guest starring as himself, comes out and asks Sky why she feels it’s alright for her to all of a sudden start doing “black music” when she is clearly pop. This whole scene is obviously so that he can be himself and it feels forced.

A lot of the stuff they do on Empire feels forced. I was taught to write for necessity not because something sounds good or is clever. Don’t get me wrong there is a time and place for that, but too often this show makes time for moments that have no place.

Bringing it back to the major shocker of the night, after Hakeem broke his daddy’s heart by siding with the board, Cookie, who stands outside the office with Camilla, looks at her and spits in her face.

Other noteworthy moments of this night are the following:

Although they slept together, Sky and Jamal are not an item because she doesn’t want to change him, and she knows he’ll never love her the way he loves a man.

Da Brat guest stars as Jazzie, one of Cookie’s fellow inmates whom she promises a record deal when her time is up. That, however,  is a no-go because she now has a life sentence for killing her cellmate over some toothpaste.

Since the ASA’s are announced throughout the day, the saving grace after “losing” Empire is Lucious being nominated for Song of the Year for “Boom, Boom, Boom.”

See there’s your silver lining. The moment Cookie and Lu share in which she calms him is one of the best of the episode because it shows their chemistry as actors and the connection their characters have to each other.

I have to admit that there are some good storyline set-ups for the rest of the season, so hopeful the folks behind the scenes (as in the words of my girl RuPaul) “don’t fuck it up.”