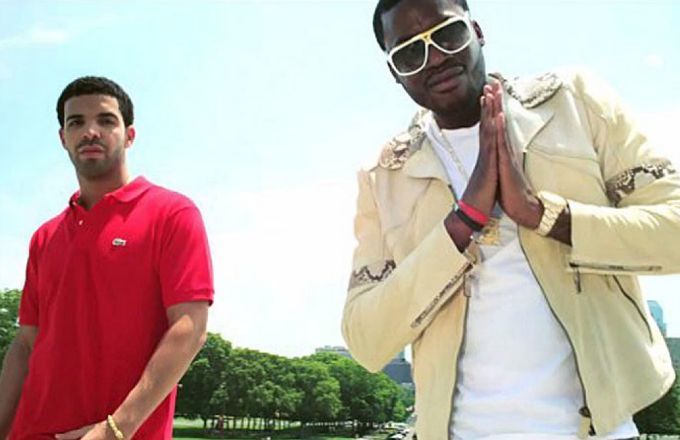 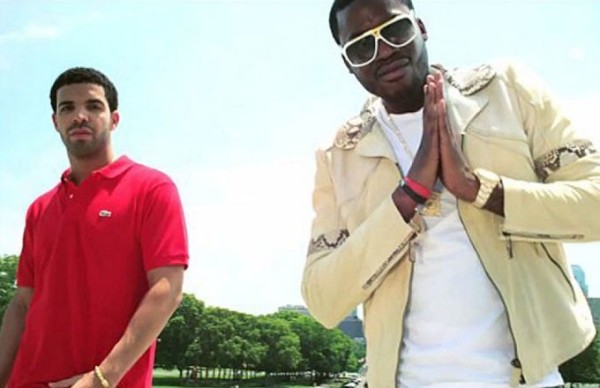 Meek Mill has finally responded… and it’s almost like he didn’t say anything at all.

If you don’t know what’s been going on with the whole Meek Mill vs. Drake beef, it all started (well at least publicly anyway) about two weeks ago when Meek called out Drake on Twitter for not writing his own rhymes. From there, it took Drake about four days to respond. He released a “diss track” called Charged Up. It was a decent attempt at bagging on Meek. Then, maybe two or three days later, he released another one called Back to Back and in this one, he came for that ass.

Which brings us to yesterday. Meek had been quiet. He even “apologized” kind of to Drake but after the OVO boy’s last track, there was really no way that the Philly rapper couldn’t not respond. Literally, as I listened to Back to Back, my mouth dropped several times, because Drake… got him! I mean he really got him.

So as a Meek Mill fan, I waited and waited for him to respond. “He has to” I thought to myself. I did speculate that he wouldn’t because of Nicki Minaj of course; Drake being her boy and all. Everything pointed to him going to respond… until last night. He released a diss track and it let pretty tanked in every possible way. He is a way better rapper than he showed on the track. It is hard to listen to (in part because it is clear that he is on something and more than likely drunk).

And if I’m really being honest here, he should be embarrassed to the max that he even let that damn thing be heard by the public. He slurred his words so you really couldn’t understand what he was saying, there were all kinds of interludes and it didn’t flow. He didn’t hit Drake as hard as Drake hit him. Period..

Now, here’s the thing with the whole “beef” between the two rappers- it can be a number of reasons why they are at odds right now. Here are my top three conspiracy theories.

It happened a lot in old Hollywood. A salacious story told or scandal right around the time a new movie was set to come out. People still do it today in a similar kind of way. All of this can be happening to draw attention for Meek’s new album. Drake is really good friends with Nicki (some say more) and Nicki is Meek’s chick. He could be doing his friend’s dude a solid by using his stardom to garner more reach.

There is no denying Drake wants Nicki. I mean he says it in all of his songs pretty much at some point and time. Even on her song Only, in his verse he says, “I never fucked Nicki cause she got a man, but when that’s done then I’m first in line…” And her ex Safaree Samuels (who Meek also mentioned in his diss track) even alludes to her freaking other guys during their relationship. Maybe Meek couldn’t handle her close “friendship” with Drake and there was all kinds of shit brewing behind the scenes that he finally blew up about on Twitter. I think too, that Nicki has a lot to do with the reason why he took so long to respond. It probably went down something like Nicki scolds Meek for starting the beef, he apologizes and says he won’t say anything else, Drake drops the two tracks and everyone calls Meek a pussy for not getting him back, he’s drunk in the studio one night and his boys edge him on to respond and thus we get his ill fated diss last night.

Then there is always the case of the smoke screen, which all of this going back and forth could be. You know how the media is. They like to blow shit up in an attempt to take our minds off of other important things that are going on that really need our attention. I would not be surprised if there was some event or some piece of legislation that happened/was put in place because we were too occupied with whether or not Meek is going to rip Drake to see the shit coming.

Those theories aside, as far as what Meek said in his response, it didn’t sting as much as Drake’s. In fact, there is a video floating around of Meek’s sister responding to Drake and hers goes way harder than her his. I mean people are clowning Meek so badly in social media the memes going around are just painful to look at because they are both funny and sad.

I am not sure what Meek was thinking when he started this, but he has to come harder. And next time, he needs to be sober so that he can show the world he isn’t riding off the coattail of his chick, but is a real rapper in his own right.