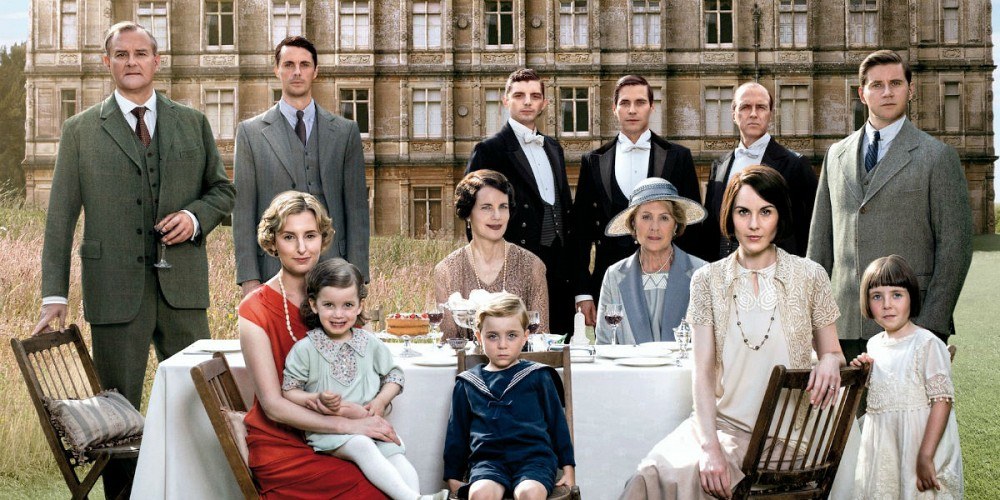 After six wonderful and sometimes trying (for many of us) season, “Downton Abbey” has shown that everyone, including Lady Edith, can be happy at last. Yes, there are spoilers below, so if you’ve not seen this final season, you’ve been warned. Another spoiler that fans will be happy about is that there is a “Downton Abbey” movie in the works, but it’s not sure if it will be on the big screen or like the “Sherlock Holmes” special and air on BBC.

Now that we know our “Downton Abbey” friends are (mostly) happy and healthy, we can part with this splendid series satisfied that it has ended in fine fashion.

Among the finale’s reassuring milestones:

The habitually forlorn Anna (Joanne Froggatt) and Bates (Brendan Coyle) found happiness, at last, in parenthood with the birth of a healthy baby boy.

Lady Mary (Michelle Dockery) buried the hatchet with her sister, arranging for Edith (Laura Carmichael) to cross paths with Bertie (Harry Hadden-Paton), who then asked for Edith’s hand, and the wedding bells chimed. Separately, magazine editor Edith decided to expand to a full page the red-hot column penned by Spratt (Jeremy Swift) in this butler’s unlikely new sideline as a romance adviser.

Beloved Downton butler Mr. Carson (Jim Carter) was showing progressive symptoms of a palsy that forced him to resign his post, but Lord Grantham (Hugh Bonneville) insisted he stay on, complete with pension, with the reformed bad guy Thomas (Rob James-Collier) brought back from a short-lived gig elsewhere to take over the hands-on duties as head butler.

And Lord Grantham restated his love and support for his wife Cora (Elizabeth McGovern).

In short: Life goes on grandly at Downton Abbey.

With that in mind, we are free to recall other bygone series’ finales. Here are 10 favorites worth remembering:

Unforgettable after four decades, the end saw everyone at WJM’s news department getting fired — everyone, that is, except bungling anchorman Ted Baxter. Then came a scene that choked up everyone involved, especially viewers: Bidding farewell to his minions, news director Lou Grant engaged them in a group hug while declaring, “I treasure you people.” We felt the same.

The Korean War ended. Hawkeye, B.J. and the rest of our friends were headed home. In a sense, we viewers had served right along with them at the 4077th Mobile Army Surgical Hospital for those 11 funny, often moving seasons. It was with sadness as well as gratitude that peace was declared and that, finally, we were going our separate ways.

There has never been a more “huh?” finish to a series than that of this pioneering, often mordantly funny hospital drama. In its final moments, we learned that its entire six-season run had been a figment of an autistic child’s imagination. Proof: His snow globe containing a toy replica of St. Eligius Hospital was seen in the series’ final shot.

As a perfectly perverse goof on “St. Elsewhere,” not to mention itself, this popular sitcom ended with the entire Vermont setting for its bed-and-breakfast getting purchased by a Japanese tycoon. Series star Bob Newhart, who played the ex-proprietor of the B-and-B, was then knocked senseless by a golf ball. He awakened in bed with his TV wife from his previous sitcom, “The Bob Newhart Show,” to whom he, back in his previous role as a psychiatrist, shared the dream he had just had: running a kooky hostelry in Vermont. Thus had the eight-year run of “Newhart” been a Chicago shrink’s wacky nightmare!

We left swaggering but goodhearted barkeep Sam Malone right where he had found him 11 seasons before: presiding over Cheers, the Boston pub where everybody knew our name. His final words as he locked the front door late that last night were, “We’re closed.” But we were consoled by the certainty that, come the next day, he would open again as usual.

Not only an honest tearjerker, this finale was flawlessly in synch with the series’ sensibility. A drama about a funeral home, it had been a five-season meditation on life and death. Fittingly, the finale fast-forwarded through the life and eventual passing of each member of its family of characters. The moral was clear and beautifully drawn: When it comes to death, no one is immune.

An argument can still be sparked among “Sopranos” fans over what its blunt, cut-to-black ending meant. Was the spooky implication (that Tony Soprano was about to be whacked as he dined with his family in a local restaurant) carried out once the screen went dark? Or had Tony, glancing up, just been acknowledging his daughter Meadow’s entrance? Was the scene one of brilliant ambiguity (life goes on, whether or not TV keeps sharing it with viewers), or a screwing-around-with-the-audience cop-out? Nearly a decade later, such questions are debated still.

No finale was more wickedly perfect: Detective Vic Mackey, its brutish, brought-down anti-hero, received a fate worse than death or any prison term. He was stripped of authority as well as his family (placed in witness protection), then, as part of his immunity agreement, stuck in a dreary desk job.

After six seasons, “Lost” left the air with a rapturous close that provided more comfort and inspiration than hard answers. For one last time, we viewers were obliged to lose ourselves in the series’ uncountable dimensions. We did. On its own oblique, often confounding, terms, this finale hit the spot.

Seemingly a broken man, Don Draper got his groove back while meditating at a yoga camp. His big idea: link Coca-Cola with world peace in a warm-and-fuzzy TV commercial. As cynical as it was brilliant, this epiphany (which echoed an actual Coke campaign from the early 1970s) vaulted Don back to the big advertising time, demonstrating he was truly The Real Thing, and that nothing would ever stop this Mad Man.