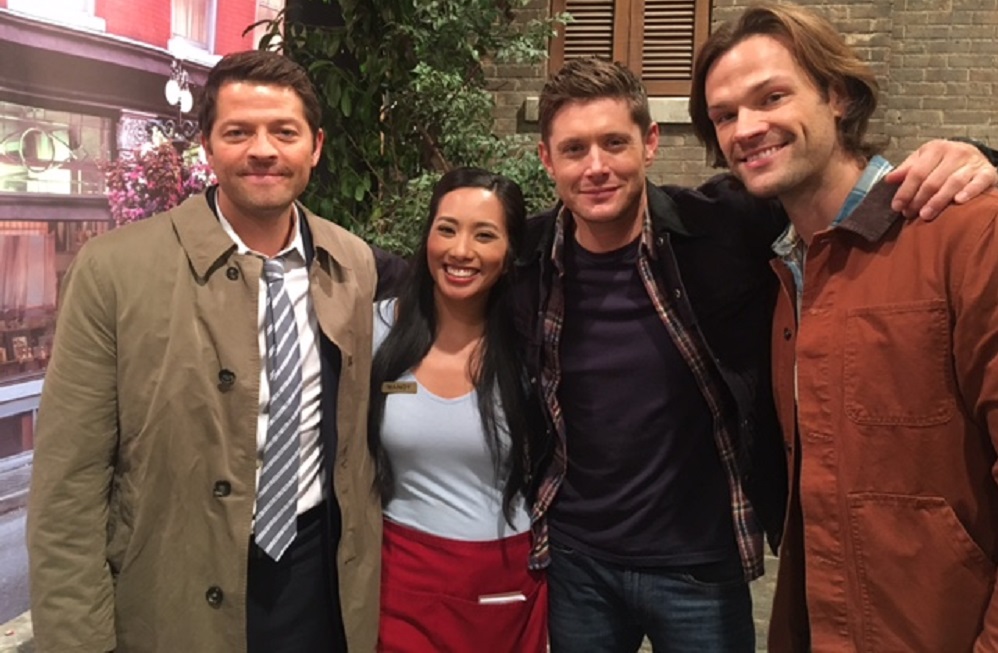 Mandy, the waitress played by Donna Benedicto, had to be one of the most fun roles in the recent Supernatural episode “Stuck in the Middle (With You).” Not only did she work with Richard Speight Jr., but also observe the everyday banter of our leads …. Donna has also been in iZombie, Almost Human and Motive.

First off. Tell us about the “sniff.” I know it wasn’t scripted … did Misha just decide to smell you?

How did you know that wasn’t scripted? Oh gosh, you guys get in there with the info, hey?

Welcome to the #SPNfamily.

I got some love on Twitter, and everybody in that family is so awesome, I got to experience some of the love, so …

Yeah, the sniff, it wasn’t scripted, and you know what’s funny is that I actually didn’t know he was doing it when he did it – I kind of sensed something so I looked down at him and I was like, “Okay …” But I didn’t know he did it until the director, Richard Speight Jr., he actually said to Misha, “Did you sniff her?” And he like nods yes and we all just started laughing, it was pretty funny.

I didn’t know he actually sniffed me until the takes were done. I think he was keeping it from me probably on purpose; it was a very genuine move there that he pulled. 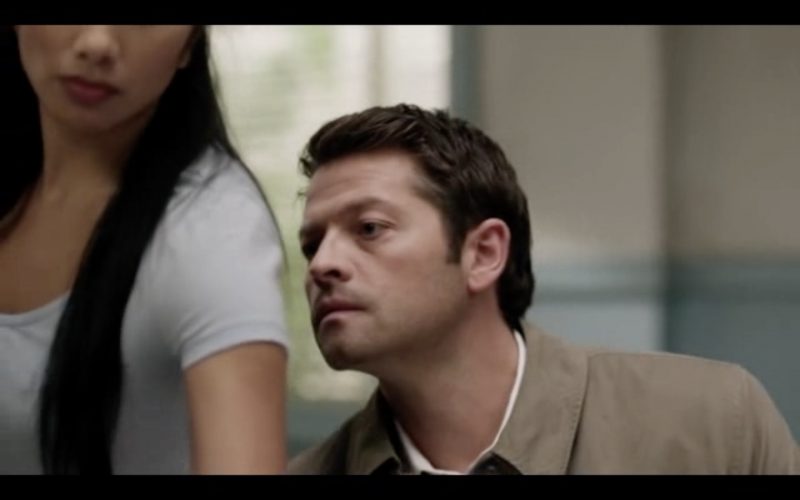 So what was it like working with Rich as a director?

What is so funny is that I asked him, “Do you guys work together a lot?” He said oh yeah, we work together a lot, and they do a lot of the conventions together. And they were just really having a blast, cracking jokes, back and forth – I thought Richard was a comedian. I asked him, “Do you do stand-up?” And he says, “No, oh no, we just totally joke around a lot at the conventions …” I don’t know if you’ve been or not …

But he says they do that on stage a lot, and they just continue on set. It was a blast. I was laughing really hard. Everyone on that set was really, really sweet. A lot of the time if you’re doing smaller roles, sometimes the directors are really busy, and they really don’t have too much time to chat with you but he took his time to get to know me a little bit and made me feel really welcome; it was really sweet.

What was your favorite part about filming for Supernatural?

I was really lucky that I got to be in the scene with all those leads, and that I got to see the banter between them and got to be a part of it and experience it. I think that was really awesome, and just how good those guys are. They are very relaxed – it is their 12th season right – but the pranks that they pulled on each other, and they’re just genuine human beings. I think I really just enjoyed being a part of that scene. It was great. And it was a cool shot too, like the whole being shot around in a circle – it was pretty cool.

I watched like the first couple of seasons and then I got really busy and I like loved the show when I do get to catch it because those guys are hilarious, obviously. They have so many episodes for me to keep up with – there are so many. I’ve been a fan of Jensen Ackles since his Days of Our Lives days … Did you ever watch him on Days of Our Lives?

No, but I’ve seen pictures.

Oh gosh. When he was on Days of Our Lives me and my friends would be like, oh my goodness! When Supernatural first came out, we were like, oh that’s Jensen Ackles from Days of Our Lives! It’s a great show, and that they picked him up was exciting for us. That’s what pulled me in initially.

It’s really fun to kind of get away from who you are as a person and pretend to be someone else. I think that’s really, really fun to do – it’s kind of like playing make believe when we were five and six years old and it felt really real for us back then. You get to do that as an adult, and sometimes you do some stupid stuff, and sometimes you do some serious stuff – but what’s cool about it is that at the end of the day you get to go back to being yourself. It’s awesome. Unless you’re a method actor, it’s a little different for them. The kind of acting that I do, you leave it on set and you go home and be yourself. I think that’s the most fun job. It is hard, like the rejection and the auditioning and everything like that, but once you get on set and you get a job and you get to have experiences like the one I had on Supernatural with such talented, awesome people, it’s all worth it.

Any current projects you’re working on or going to coming out soon?

Something that is coming out is I got a role on “You Me Her” that is a comedy on the Audience Network. It’s a show about this couple who both fall in love with this young girl, and they actually try to make a relationship work. This is the second season, and I’ll be in that, in one episode of that. It’ll be fun. It’s a pretty funny comedy.