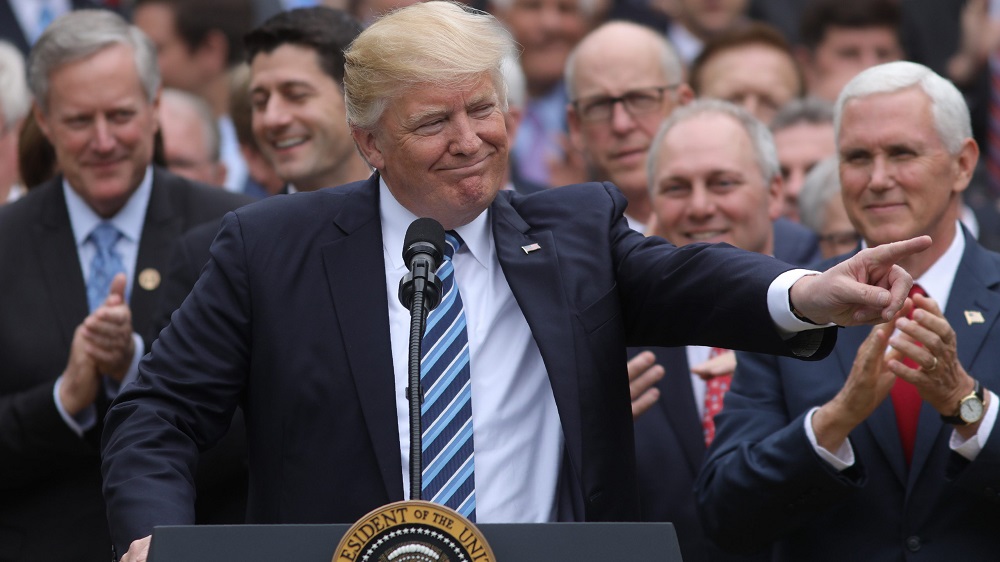 Donald Trump is working hard to undermine the Affordable Care Act aka Obamacare in an attempt to speed up its demise, but it could have an outcome he didn’t intend.

In an odd twist, low-income people in about half of U.S. counties will now be able to get a taxpayer-subsidized “Obamacare” policy for free, according to a new study that suggests some actions by President Donald Trump against the health law could backfire.

Monday’s analysis of government data by the nonpartisan Kaiser Family Foundation runs counter to the perception of staggering across-the-board increases in costs for consumers under the Affordable Care Act. It could become a springboard for marketing pitches by insurers as they try to sign up more consumers when open enrollment starts Nov. 1.

The study found that in 1,540 counties a hypothetical 40-year-old making $25,000 a year can get a basic “bronze” plan under the ACA next year for zero monthly premium.

It’s partly as a result of administration actions that raised the underlying cost of insurance, leading to higher federal spending for premium subsidies.

The final number of counties with available free plans is certain to be higher because the Kaiser study only examined the 39 states using the federal HealthCare.gov website for sign-ups. In those states, nearly 60 percent of counties will have free bronze plans.

“Because of the way that premiums are set this year, people have to shop around to make sure they are getting a plan that makes sense for them,” said Gary Claxton, a co-author of the report. “Telling people that the choice is to pay a penalty (for being uninsured) or take a free plan, is a pretty attractive proposition.”

HHS said insurer participation is down, with 29 percent of current “Obamacare” customers having just one carrier next year in their community. And the government noted that subsidies for premiums are also rising — about 45 percent, on average.

The Kaiser study illustrates what’s happening under the hood as the complicated moving parts of the health law’s different subsidies and coverage levels respond to actions by the administration. The president is still vowing to repeal and replace “Obamacare.”

Trump recently shut off government subsidies to insurers for providing lower copays and deductibles to people with modest incomes, citing legal questions about whether those payments were properly approved by Congress.

But insurers have raised premiums, which are also subsidized.

Think of pushing down on one end of a see-saw, and the other end goes up.

Because consumers can use their premium subsidy to buy any level of coverage, that money can be enough to cover the full price of a lower-cost bronze plan.

This year consumers in some areas had access to zero-premium bronze plans, but Claxton said for 2018 it will be many more people.

Bronze plans are not for everybody, since they typically have annual deductibles of $6,000 or more. But they may appeal to younger people or those who expect to have just a few doctor visits over a year.

Enrollment figures for the current year show the lure of the no-cost bronze plans.

According to insurance analysis, there were multiple no-cost bronze plans on the market in states with the highest percentage of bronze customers.

That indicates that many consumers were willing to take those plans where they were offered.

It could bring a huge shift in enrollment patterns for 2018 in many states.

In Texas, for instance, roughly 80 percent of counties will have a zero-premium bronze plan in 2018. Currently, more than a quarter-million current ACA enrollees in those counties have low incomes that could potentially qualify them for a no-cost plan. But no Texas counties had a no-cost plan in 2017.

In Florida, which will also have no-cost bronze plans for the first time, almost one million current enrollees have low incomes that could qualify them and live in a county where a no-cost plan will be offered.

Because of other considerations, like age, not all of them will qualify for a no-cost plan – but many will.

“The availability of zero-dollar or ultra-low-cost plans has a huge impact on consumer decision making,” said Joshua Peck, a former Obama administration official involved with an independent campaign to promote sign-ups. “The chief question is whether consumers will know that they exist.”

The sign-up season starts Wednesday and ends Dec. 15. About 9 million to 10 million people currently have private plans through the ACA, with more than 8 in 10 customers getting subsidies.