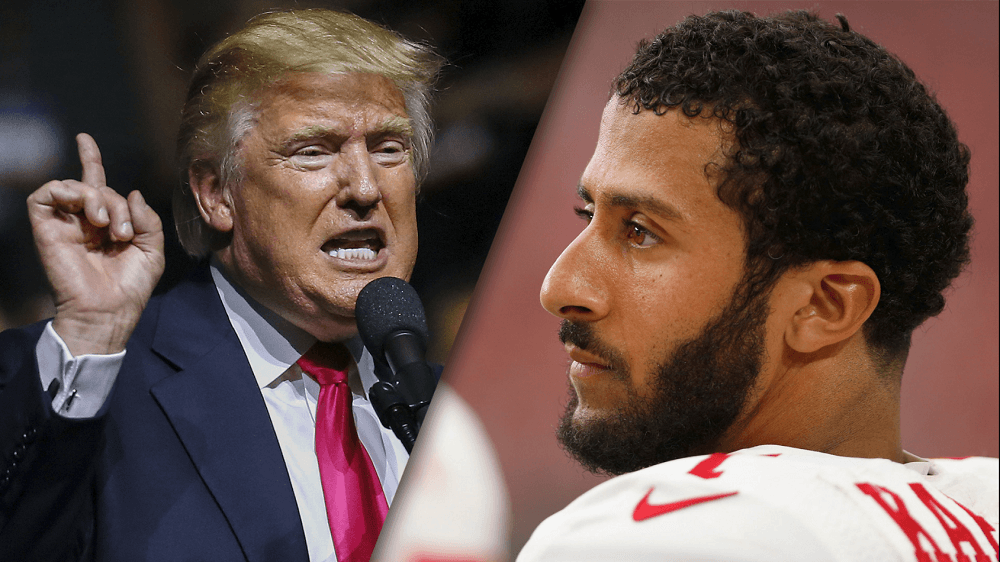 It’s been a few weeks now since the NFL New Years, and Colin Kaepernick is still looking for employment with an NFL team. Of course, Kaep is a hot topic issue between his protest and declining play, but should a team take a chance on the QB? The two most qualified people in the world gave their opinions: Michigan football head coach and former San Francisco 49ers head coach Jim Harbaugh and President Donald Trump.

Harbaugh insisted that someone should sign him, and even noted that Kaepernick has a few Super Bowl appearances left in him (hopefully they’ll go a bit better than Super Bowl XLVII).

“I’ll tell you the same thing I tell them: I think he’s an outstanding player, and I think he’s a great competitor who has proven it in games and has the ability to be not only an NFL start but a great NFL player,” said Harbaugh. “He’ll have a great career and be a great quarterback, win championships.”

While I do exaggerate for effect Kaepernick’s inability on the field, he’s certainly not one the top quarterbacks in the league right now. Is he one of the top 32? I’m not sure. Harbaugh believes so, but Kaepernick did much better under his leadership.

Trump doesn’t seem to believe Kaep will find a team, and he credits himself (and the fear of a negative tweet) with ruining his career.

“And you know, your San Francisco quarterback,” said Trump at a rally for his supporters in Kentucky. “I’m sure nobody ever heard of him. I’m just reporting the news. There was an article today—I love to report the news, and then they said I made a mistake, right? I said, ‘No, the people reporting the news made a mistake if it’s wrong.’ But there was an article today, it was reported that NFL owners don’t want to pick him up because they don’t want to get a nasty tweet from Donald Trump. Do you believe that? I just saw that. I just saw that. I said if I remember that one I’m gonna report it to the people of the Kentucky. Because they like it when people actually stand for the American flag.”

Trump, who almost bought the Buffalo Bills before he ran for president, does have a point. Companies and teams don’t want their brand denounced by the leader of the free world. Even without a Trump tweet, however, many fans and Americans aren’t happy with Kaepernick and wouldn’t support their team signing him.

I had no doubt he would find a team at first, but now I’m honestly not sure.