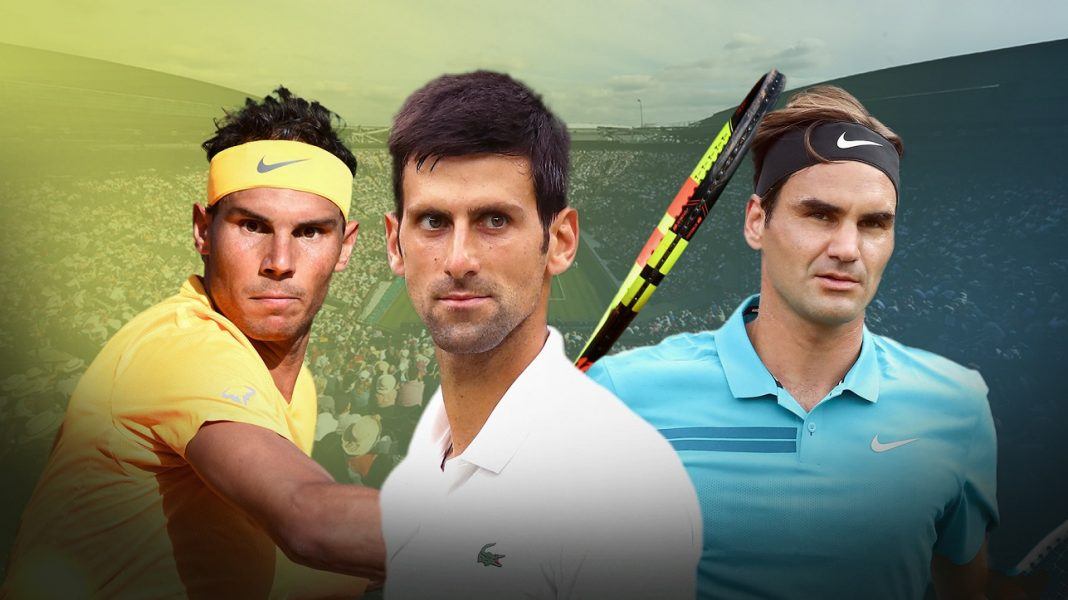 Novak Djokovic, Rafael Nadal, and Roger Federer. The holy trinity of tennis are still very much around and still rising to the challenge. They’re still leading the rankings, still collecting the biggest trophies. Yes, they’re still the dominant figures in men’s tennis, responsible for the main storylines when the French Open starts Sunday.

Roger Federer returns to Roland Garros for the first time since 2015 — and a decade after he completed the career Grand Slam by winning his only trophy there. Rafael Nadal seeks a record-extending — and hard-to-fathom — 12th title in Paris. Novak Djokovic bids to win his fourth major championship in a row for the second time in his career, something neither of his two great rivals ever did even once.

“Nadal’s reign is never over. Just like Federer’s reign isn’t ending,” said Riccardo Piatti, who coached Djokovic when the Serb was a teen and has worked with other top-10 players. “As long as they play, they’re always very dangerous. But let’s not forget that Djokovic is No. 1.”

Might seem silly now, but there was a stretch when some wondered whether this group might be done with all of that winning.

Federer, who’s now 37, went 4½ years without adding to his Slam count. He dealt with knee surgery and recurring back problems. He sat out the 2016 French Open, ending a streak of 65 straight major appearances, then missed the U.S. Open and Rio Olympics that year, too. He skipped the entire clay-court circuit each of the last two years, before finally coming back this season and reaching the quarterfinals in Madrid and Rome, where he withdrew, citing an injured right leg.

“In practice in Switzerland, I felt good right away,” Federer said about what it initially was like for him on the slow surface, which requires extra footwork and lengthy, grind-it-out exchanges. “Very happy where I’m at, to be quite honest. I was a bit surprised that it went as easy as it did.”

Nadal, who turns 33 during the French Open, did not win a title all season until last week at the Italian Open, which is mainly surprising because it means he kept faltering on his beloved clay.

He’s been sidelined by hand and knee injuries in 2019, and his play hasn’t always been up to his usual standards.

“Been some low moments for me,” he said.

But Nadal looked a lot more like himself in Rome, where he handed opponents a total of four 6-0 sets, including one against Djokovic in the final.

Asked to look ahead to Paris after that three-set loss, Djokovic said: “Nadal, No. 1 favorite, without a doubt. Then everyone else.”

“He’s one of the greatest champions this game has ever seen,” Djokovic said. “His mentality, his approach, his resilience, ability to fight back after long absence from the tour, injuries, surgeries. He’s had it all. He keeps on showing to the world why he’s one of the biggest legends of tennis history.”

Djokovic, who turned 32 on Wednesday, missed the last half of 2017 with a bad right elbow; he eventually had surgery last year, which he began with a 6-6 record and losses in the Australian Open’s fourth round and French Open’s quarterfinals. He was so bothered by the latter, which stretched his major title drought to two years, that he left Roland Garros in a huff, declaring he might skip Wimbledon.

So much for that.

Not only did he play at the All England Club, he won the trophy. Then he did the same at the U.S. Open and the Australian Open, making him the only man in tennis history with three separate streaks of three consecutive majors. Now Djokovic has a shot at a non-calendar Grand Slam, something he already accomplished in 2015-16 — and can set his sights on a true Grand Slam, winning all four majors in the same season, which only has been done by two men: Donald Budge in 1938, Rod Laver in 1962 and 1969.

And Djokovic has looked good on clay lately, winning the title in Madrid before losing to Nadal in Rome.

So now, really, the question is: How much longer can this terrific trio continue to thrive and hold off talented up-and-coming players such as 25-year-old Dominic Thiem, who lost to Nadal in last year’s French Open final, or 20-year-old Stefanos Tsitsipas, who beat Federer in Australia in January before losing his first Grand Slam semifinal to Nadal?

“Time is undefeated and these guys are doing a hell of a job of fighting it off, but it has to come at some point,” said International Tennis Hall of Fame member Andy Roddick, the 2003 U.S. Open champion. “Once these guys are gone, there’s a serious vacuum. … Roger, Rafa and Novak — they’re arguably the three best of all time.”

Aces: Eyes fourth consecutive major title, which also would move him closer to the only men with more career Slam titles, Roger Federer and Rafael Nadal. … Seven career victories on clay against Nadal are three more than any other player has.

Topspin: Maybe hold off on those predictions of Nadal’s demise? He is playing well on clay right when it matters the most.

Aces: How good was Federer on clay in his prime? In 100 matches from 2005-09, he went 2-9 against Nadal, 84-5 against anyone else. … Collected 101st career title and 1,200th match victory this season, joining Jimmy Connors as the only men in the professional era with that many in each category.

Topspin: Returns to Roland Garros after sitting it out each of the past three years — his absence in 2016 ended his then-record streak of 65 consecutive appearances at majors — and there’s no reason to think he couldn’t stick around until the last weekend.

Aces: Nine career titles came on clay … Teamed up with 2004 Olympic gold medalist Nicolas Massu for coaching ahead of the clay circuit.

Topspin: Profiles as a title contender, with his sturdy frame and powerful groundstrokes, four wins over Nadal on clay and a 16-3 French Open record the past three years.

Aces: Has half as many match wins and only a fourth as many final appearances so far in 2019 as he did a year ago at this time. … Went through a recent 4-8 stretch.

Topspin: Zverev contends, “I always have felt that I’m one of the best players in the world on clay,” but he hasn’t played that way this season. Certainly possesses the talent to turn it around.

Aces: Career-high ranking. … Youngest player to own victories over Novak Djokovic, Rafael Nadal (on clay, no less) and Roger Federer.

Topspin: Run in Australia and recent showings on clay (title in Estoril, final in Madrid, semifinal in Rome) showed he’s starting to realize his potential, with a big forehand and slick volleys set up by good movement for a 6-foot-4 (1.93-meter) guy.

Aces: Struggled on his preferred hard courts more than usual this season, but a semifinal run at the Barcelona Open showed he still can contend on clay when healthy.

Topspin: Needs to avoid running himself ragged in the early rounds, the way he did at the Australian Open, leading to retirement in the quarterfinals.