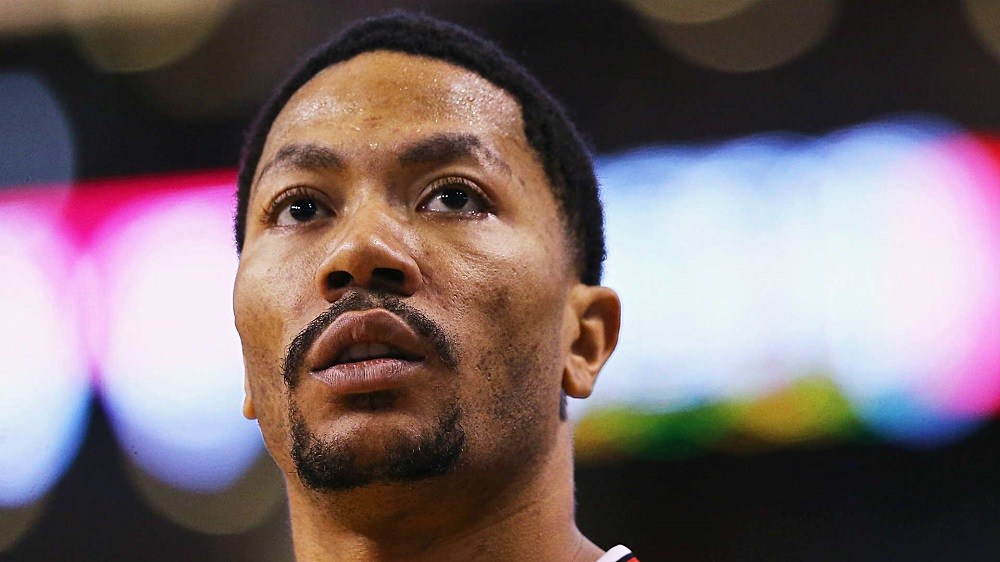 Derrick Rose was part of a blockbuster trade in the NBA earlier this week, one that took place before the 2016 Draft. Rose, who was part of the Chicago Bulls, went over to the New York Knicks in a move that suggests that New York are serious about improving their chances, not just of making the playoffs, but of doing some damage within them. Conversely, for Chicago, the move suggests that the Bulls are not looking to do anything major in the near future.

Speaking at a recent press conference on Friday, Rose offered a statement that’s a little bit of an affront toward the Chicago franchise: “I don’t know why I was traded, but I would like to tell them thank you. For real,” he said.

I don’t find the Derrick Rose trade to be too perplexing myself. I did suggest in an April article that the Bulls should execute a trade. While I mentioned Jimmy Butler instead of Derrick Rose as a candidate, I think the factors are no different.

Writing in April and noting that Fred Hoiberg was only one year through a $25M coaching contract in Chicago I stated:

“A five-year contract is difficult to get out of without some major costs being incurred. In my view, it’s very difficult to see Hoiberg getting the heave-ho in Chi-town due to that – he’s still got four years left on a contract after this one, and that’s way too big to just buy out.

If the Bulls are stuck with Hoiberg…then rebuilding for a couple of years might be the smart move. During that time, Hoiberg might actually improve, and the Bulls might have an average coach in charge of an above average team in 2017/18, not a bad spot to be in.”

In short, Hoiberg underachieved in a big way in Chicago last season. He was never a great college coach so what exactly the Bulls saw in him; I don’t know. However, I don’t think Chicago, on the business side of things, wanted Hoiberg in charge of a high-salary team. Off-loading Derrick Rose might just be the start of off-loading talent, keeping in mind there’s been rumors about a Jimmy Butler trade circulating recently.

So to answer Rose’s statement about not knowing why he was traded – it was nothing personal to Rose. It could be taken as a criticism of Hoiberg however. I think if Chicago could trade their coach instead they would do that, but that’s not how salary dumping works. When you get rid of coaches in the NBA, you have to buy out their contract terms. With players, you can just find someone to take on the terms. Look for Hoiberg to stink it up next season again, but with a far less expensive team – one where you don’t lament high salaries but no playoffs.

Depending on just how much off-loading Chicago do, they might even end up with the No. 1 pick in the 2017 draft. If they can ‘accomplish’ that and get to a position where they can get rid of Hoiberg without owing him too much then maybe the Bulls will be contenders when the next decade rolls around. That may especially be the case if whoever it was that decided to offer Hoiberg big money without a big track record starts keeping his hands down when Chicago Bulls management has brainstorming sessions. That was the move that caused the current situation in Chi-town in my opinion.