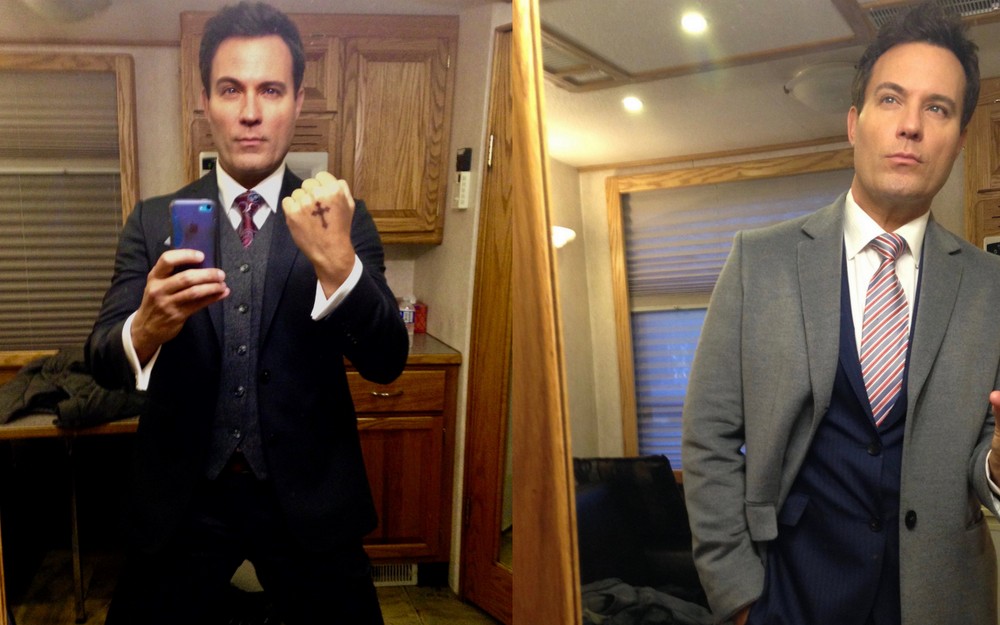 From the first episode of Supernatural‘s Season 12, where Lady Toni Bevell says he is a psychopath, to the most current episode, where he’s noted as the one to clean up loose ends, it’s obvious that Arthur Ketch is being teased as the British Men of Letters’ “bogeyman.” However, David Haydn-Jones, the gentleman who plays Mr. Ketch (and he is definitely a gentleman), is really nothing like his character.

I do have six questions for you …

Okay, I hopefully have six answers.

I would certainly hope so; they’re fairly simple.

As opposed to dead silence on the other line.

What has been your most enjoyable experience, working on Supernatural?

Oh my gosh, that’s like Sophie’s choice for me. I will give you a blanket sentence, which is it’s been the best set that I’ve ever worked on, and it all comes from the top, Jared and Jensen. They really walk the walk and talk the talk. They’re generous and kind … any set comes from either the director or the stars, and the culture there is warm and welcoming, collaborative and generous; it’s really a dream. So just to pick a moment, it’s like every day I go to set is a great day.

What are your thoughts on Mr. Ketch and his relationship with the boys?

Very good. So you’re all caught up. Mr. Ketch is a good soldier, he’s not an ideologue, as he says, he’s here to do a job, and he’s been sent to recruit the Winchesters. So as far as they’re considered, Mr. Ketch is being told what to do, clean up the mess and recruit the boys. And that’s where he’s at right now.

What can you tell us about future appearances of Mr. Ketch on Supernatural?

Absolutely bloody nothing lass! Hmm, what can I tell you? So many good spoilers … It’s really getting juicy. Here’s what I can tell you … there will definitely be more action with Ketch and the boys going on the hunt together. 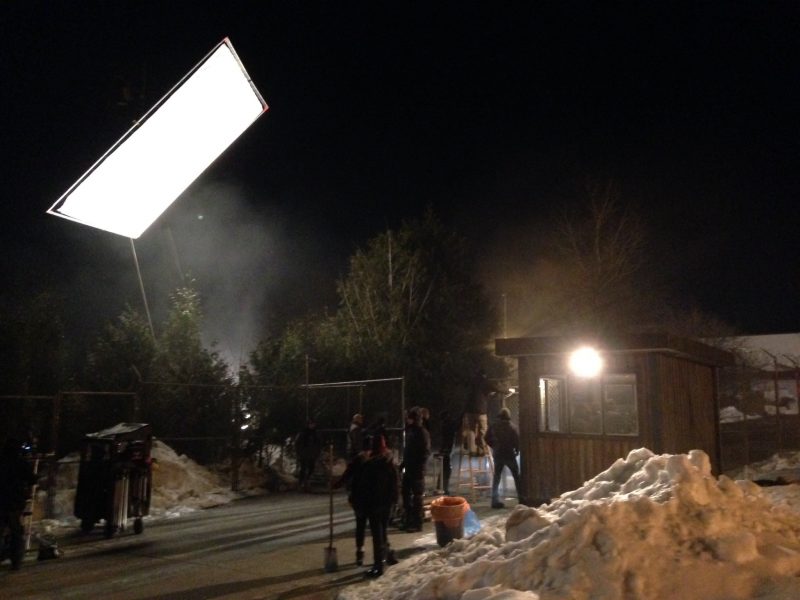 Yes, too many. This is a really fun one; we had a very good laugh on set. So Mr. Ketch rides a motorcycle and what you may not know is that on set props do helmets and not wardrobe, so wardrobe has my hat size but props didn’t. And I have a very large Welsh dome, as you have probably seen from the show. 7-5/8ths. So I’ve put many a haberdasher out of business.

Props did not have my hat size. So literally the helmet looked like a beanie trying to go on my big Welsh head. Jared and Jensen of course just heaped on, started picking out pictures of Dark Helmet from Space Balls … you know that movie? They picked it out on their phone, and would say, “Hey, would this helmet work for you bro?” They were relentless. And then, of course, the second AD said, “We have the gravitational pull of Jupiter on set, he’s affecting everyone …” The big head jokes were relentless, but we had a very good laugh.

When Jensen was pulling up pictures of Dark Helmet from Space Balls, we were just crying laughing.

How has growing up in small-town Saskatchewan prepared you for an actor?

C’mon, give me something!

No, I’m being coy. Two things. On one level, it’s kept me very grounded, and very grateful. That’s really important to me, to know how far I’ve come. And then to go back and go, “Oh wow. That’s amazing.” Because small towns are both, right. You also need to escape a small town. There’s not much to do, really, a lot of the time, so you turn to TV, film and fantasy … Dungeons & Dragons or whatever to keep your mind activated. So you escape a small town to go see the world … and then you come back and go, “Oh yeah, those are all the amazing things of being from a small town.”

I grew up in Vancouver so I know what the weather is like … some of those scenes that you were filming, especially the one outside of the forest, it looked very uncomfortable. Am I right?

Well, that one was actually one of the better days, believe it or not. Because as you know, Vancouver has had one of the coldest winters on record. There’s a scene in an upcoming future episode where we are in this grey, damp, dark parking garage … it was freezing. You’re going to see our breath, and I don’t even know if my mouth moved. I couldn’t get the words out because my lips were frozen. So it will be interesting for you to see if you can spot the scene where we were absolutely freezing. 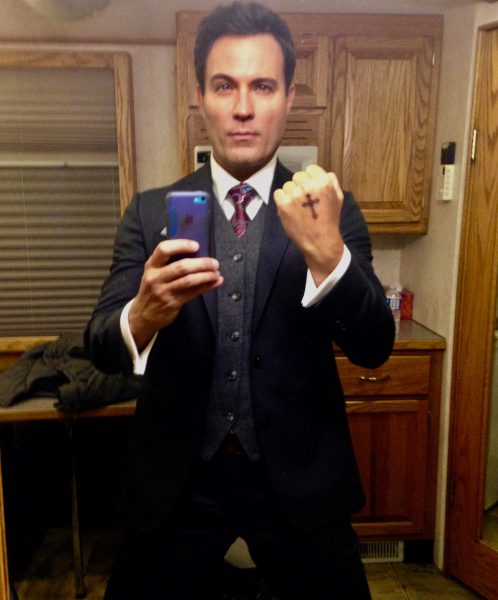 What is Mr. Ketch’s opinion of the American hunters?

He is agnostic, but also thinks they’re sloppy and a bit, as I say, unprofessional. He sees them as a bit wild, Yankee kind of … you know, just messy. And he likes it tidy, as you saw from last night’s episode. He even cleans his blade with a nice white handkerchief. I thought that was a nice touch.

David Hadyn-Jones can be found on Facebook (https://www.facebook.com/DavidHaydnJones/) and Twitter (@DavidHaydnJones), not to mention on more episodes of Supernatural as Mr. Ketch.