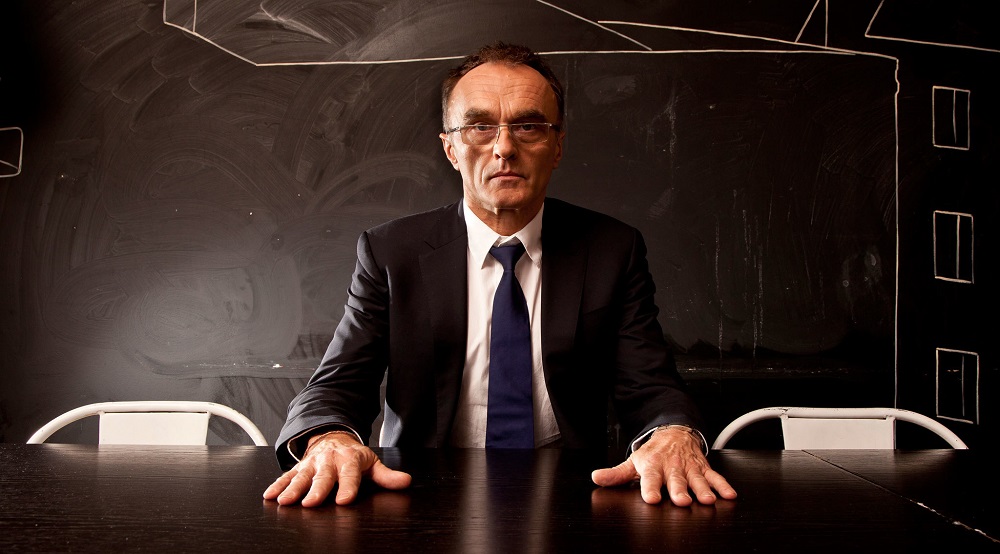 It doesn’t seem like it’s been twenty years since “Trainspotting” took over popular culture and music back in the 90’s, but you can see it has in the more mature faces of director Danny Boyle and the cast.

Boyle shocked audiences, and his career took off from there landing him from one interesting film project to another. Some worked, some didn’t, but you knew this one director who didn’t want to be shoved into the Hollywood genre box.

Now the sequel to the 1996 cult classic has arrived, but director Boyle admits it wasn’t without a few obstacles, like any good film, including quite a bit of time passing and how fans would react. Plus, there was that 16-year estrangement he had with Ewan McGregor. This rift came about when Boyle chose Leonardo DiCaprio over McGregor for his thriller “The Beach” back in 2000. The two had been working together steadily since the 1994 indie hit “Shallow Grave,” and went into 1997’s “A Life Less Ordinary.” The two never spoke about it and twenty years has made them realize the value of the time they lost. 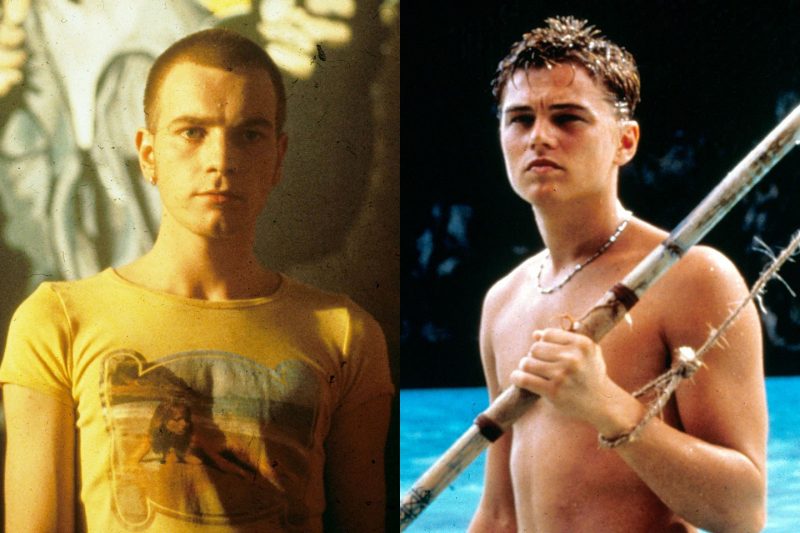 “Trainspotting” took audiences deep inside the alluring, unsettling world of young, Scottish, Iggy Pop-loving heroin junkies and director Danny Boyle is feeling reflective. Since his massively successful second feature film, Boyle has won an Oscar, directed the Opening Ceremony of the London Summer Olympics and made a point not to repeat himself.

But “Trainspotting” was different. It not only launched his career, but boosted that of his actors – Ewan McGregor, Jonny Lee Miller, Ewen Bremner and Robert Carlyle. And after two decades, author Irvine Welsh, screenwriter John Hodge and Boyle knew they had something tangible to work with: Mortality.

Boyle talks about how he got the original cast back together and how “T2” is even more personal than the first. 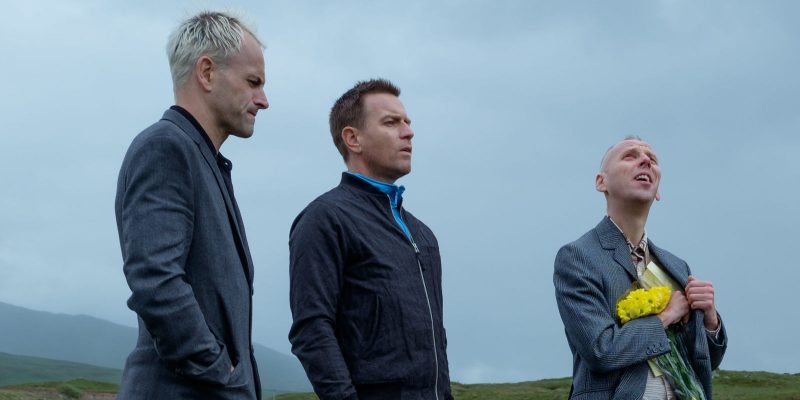 It’s been twenty years since Trainspotting so why do a sequel now?

“Trainspotting” was a big hit, but there was no talk about making a sequel then. I don’t know if the business was a bit more naive, because now if you have a hit, everyone would be going, “Can you do another one, maybe set it in Amsterdam?”

Irvine wrote a book seven years later after the film. We did look at that, and we did try to adapt that. We didn’t do very well with it. And then 20 years later loomed on the horizon as a possible last opportunity for an anniversary and we got together, and something more personal emerged.

Were you and the cast nervous about how fans would react after twenty years?

Everybody was the same. Everybody had that moment of thinking, ‘Is this a good idea? We could get absolutely killed here! We could be literally roadkill! Cinematic roadkill!'”

It’s dangerous to reuse that, but it’s also an incredible power that you have, if you can approach it again, because you’re literally making a personal film for people. You’re not just making a spectacle that they can watch. You’re making something they feel involved in. 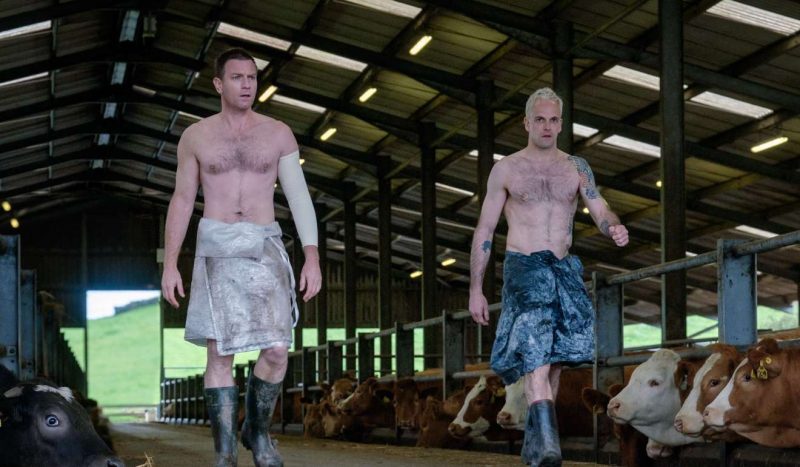 What happened to make it more personal?

It’s a much more personal film than the first film, because it’s about aging and men aging. In your 20s, you don’t care about consequences. It’s reckless. They get to their mid-40s and they have to atone for what they’ve done and realize that time doesn’t care about them. 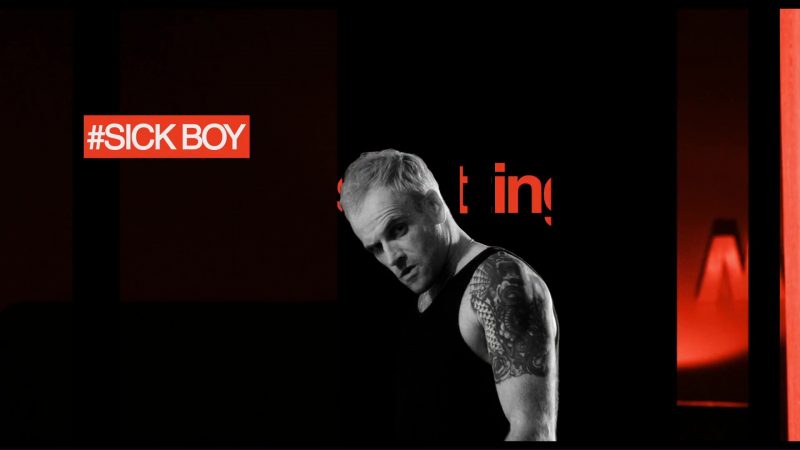 Did the characters change much from when we last saw them? We see that Sick Boy (Johnny Miller) still has the same bleached hair.

That was me. Jonny wanted to have a shaved head. I said, “I literally can’t make the movie unless Sick Boy has the same hair.” It’s a distillation of why men are so bad at aging. They will do anything. Women get such flak about age and time, but women age much more sensibly than men. They understand. Men just ignore it. “I am 25. I am still attractive!” 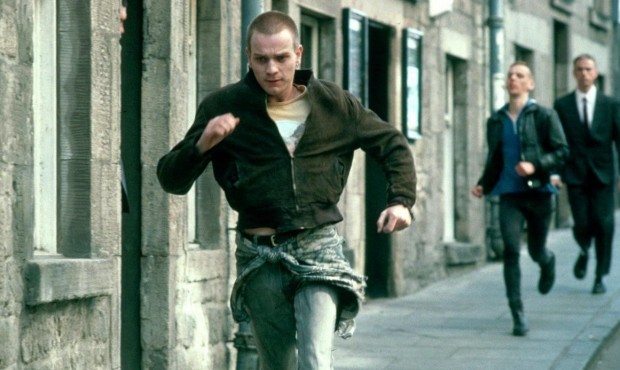 Just how hard was it to get the original actors back on board?

No, I knew when we got the script. I sent it straight to them, and I knew they’d do it. I said, “Look, we’re going to do it like we do the first film. You’ll all be paid the same. I don’t want any agents or managers involved in any discussions. You come back and you make this because the original did so much for all of us individually and we owe it to the town, Edinburgh, where the stories originate, and you will not get a better script than this anyway in your other careers.” And they all agreed. I knew they would.

Sometimes you have to go back home to learn new things about yourself. Did this happen for you too?

I have a philosophy of trying to do something different every time, which is stubbornly awkward and deliberate. I’m not sure how natural it is but that’s what I do. I try to do something different, a different tone, a wildly different subject matter. But this you have something that you have to refer to. And it cross breeds with this other obsession I have, and I think that the tendency to try to do something different is a product of this, which is: I think your first film is your best film always. And I look at other directors and think they’ll never be that good again. You don’t know all the skills. It’s such a cunning, technical medium, film, and once you access those skills you become a technician. And when you don’t have them you’re just a wanderer. And it can go badly wrong, but if you’re lucky and it works, it’s magical.

Men are very, very guilty of that. We always do it. We’re so much worse at aging than women! Women get such a hard time about aging but actually, women are very sensible about aging. That biological clock, they absolutely measure out time. Men are like, ‘No, I feel 32!’ It’s a terrible inability to take on board the line of time.

Time hasn’t changed much for many of the characters, but Renton (Ewan McGregor) looks to have aged the best of the gang.

The point about Renton, and we were aware of this, of the four he’s aged the best. But internally, it’s a different matter

At one point, Sick Boy accuses Renton of being “a tourist in his own youth” – and T2 flirts with nostalgia for the past that has become increasingly widespread in the era of YouTube where it’s all too easy to remind ourselves of things from our childhood. That’s when nostalgia becomes really terrible when you wallow in sentiment. It has a negative energy, I think, whereas a film needs a positive energy, always needs that momentum pushing it forward. 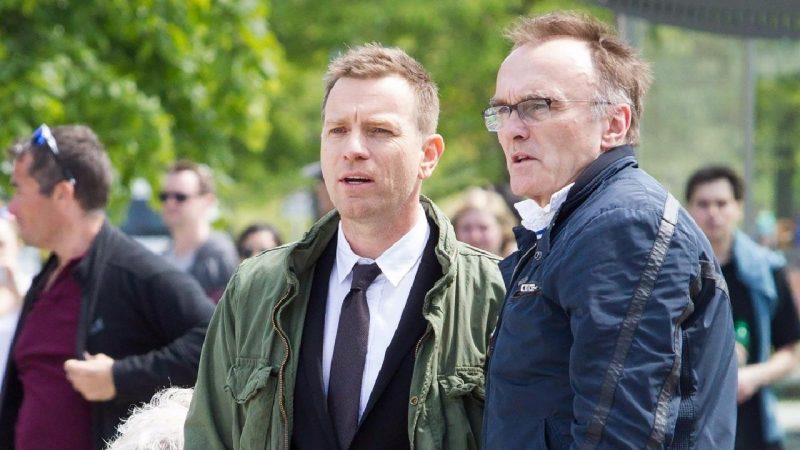 After 16 years of silence, Ewan McGregor and yourself seem to have patched things up. Knowing about the rift, T2 almost feels like an homage to what happened with its themes of opportunity and betrayal.

All sorts of things had gone on. You think, ‘That’s not the film, it’s our relationship!

There’s the scene in T2 where Renton sees Sick Boy who beats the crap out of him with a pool cue. That’s what Ewan and I should’ve done,” he chuckles. “Got it over with and had a big hug afterwards. It was real as well. He was very hurt. I was very sorry, and we weren’t saying those things directly to each other – we should’ve done – and then he was very gracious. 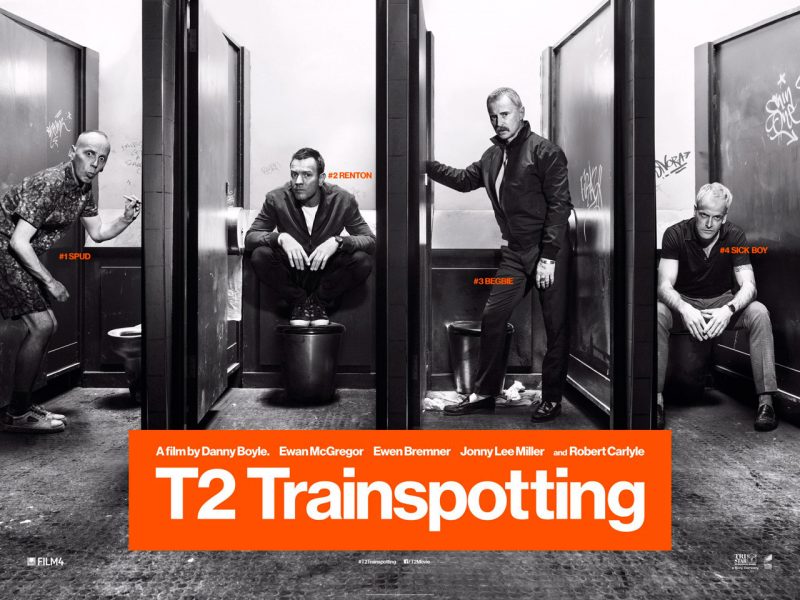 When we started, everybody said, “It’s going to be called ‘Trainspotting 2.'” And I was like, “No, this is its own film. I don’t want you just deciding it’s a sequel. We’re going to not even have ‘Trainspotting’ in the title.” You could see them going, “What the … how are we going to market that?”

The original title was a terrible title. It was called “The Least Unfamiliar.” You want the film to have its own identity, so if you want to move away totally from the first film, you can. You don’t want to be chained to the first film, even though you are. You know you’re going to have to give in eventually, and we did give in at some point. I said, “Well, if you ask these characters what they would call their sequel, they would call it ‘T2’ because their favorite sequel is ‘Terminator 2′ and they are the type of people who would love to both honor James Cameron and piss him off at the same time. So we called it “T2.” And they added “Trainspotting,” of course, because, they could.