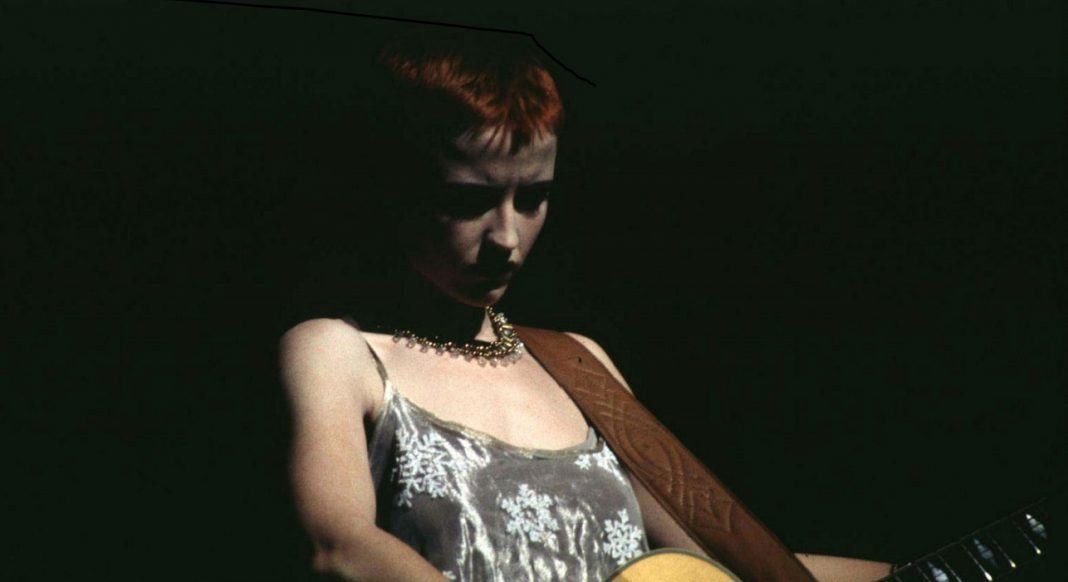 The Cranberries had been writing music for their latest album “In the End” in the year leading up to Dolores O’Riordan’s shocking death in 2018. The band had no idea that this would be their final statement to the world, but every track gives off a feeling of finality. Of course, it’s easy to say that with O’Riordan’s death, but their music always had a sense of melancholy, even their first mainstream hit “Dreams.”

Longtime fans will feel emotional with the first listen as many of “In the End’s” songs are about moving on or trying hard to move on from something that’s holding you back. Her voice is as strong as ever, but you can hear that something was missing in her life. “All Over Now,” which is about domestic violence sounds like the topic hit too close to home and has worn her down. As with many of her songs, O’Riordan gives a sense of hope, but again, with her death, it’s easy to interpret this into her lyrics.

Whether or not there would be a final Cranberries’ album hinged on what was on a hard drive on the other side of the world.

Last spring the surviving members of the Irish band began combing through unfinished vocals that singer Dolores O’Riordan sent to Ireland before her death a few months before.

What they had intrigued them, but they awaited with some anxiety the delivery of O’Riordan’s hard drive from her New York home. Relief came as soon as it was plugged it in. Her urgent, powerful voice was all over rudimentary songs she hadn’t gotten around to email.

“It was just like winning the Lotto,” said Noel Hogan, the band’s lead guitarist and co-writer. “And that was it. We had the songs.”

Like a parting gift, O’Riordan left enough strong vocals on the demos that the Cranberries were able to fashion them into their eighth and final album, “In the End,” out Friday.

It’s an 11-track album with lyrics that explore personal turmoil over the Cranberries’ melodic, driving Celtic alt-rock. One music executive gave Hogan the best complement when it was finished: You’d never know all the members of the band weren’t in the same room.

What’s extraordinary about her performance is that all of her contributions were for demo recordings – sketches of songs that she and her bandmates expected to develop in the studio. The rest of the group got that chance, working with producer Stephen Street who helmed the Crans’ biggest Nineties hits, and made each song its own ornate, moving statement with layers of glassy guitar chords and moody textures. But O’Riordan didn’t get that chance. The reason she was an important voice in the Nineties was because of how she weighed sadness against hope, and when listening to the way she howled in “Zombie,” cooed on “Ode to My Family” and harmonized with herself on “Dreams” and the latter-day triumph “Tomorrow,” you can’t help but wonder how she would have perfected these new songs. Performances like the sullen “Lost” and its howling “Bring in the night” refrain and “Summer Song” with its playful yodels are brilliant, but your mind can’t help but try to fill in the blanks of O’Riordan’s style here and there.

For much of the record, the angst of the Cranberries is still there, but this time it tips more toward feeling heartbreaking because it’s realer. When she sings of “loosening the mortal chain” on the aching “Catch Me If You Can” or “Thought that I’d got it/And then I lost it all” on “Got It” or “Ain’t it strange, when everything you wanted was nothing that you wanted in the end?” on the title track, you just want to crumple up in defeat. And then she hits you with the gently sung line, “This is my conclusion for now,” on “Illusion.” In the End is a moving album and a worthy epitaph for O’Riordan and the band’s legacy, but it leaves you wanting something more, something you’ll never get to hear: the comfort of knowing everything worked out OK. It’s a reminder that grief lingers.

The band insisted the album be of the highest quality or they wouldn’t release it. “Before we went into the studio, we kind of set the bar saying, ‘OK if it’s not good enough, it’s not going to make the cut,’” said drummer Fergal Lawler.

The Cranberries used demo vocal tracks on past albums when a new song would excite O’Riordan and she would deliver a passionate demo version that she’d be unable to achieve later in a studio. This time, her vocals were especially strong.

“When Dolores was doing the demos, she kind of gave that bit more and was really just feeling very emotional with these songs,” said Lawler. “The songs are about a period of her life that was quite difficult for her and she wanted to get that out and get it down on paper and move past it.”

On Jan. 15, 2018, 46-year-old O’Riordan accidentally drowned in a bathtub after drinking in her London hotel room. Hogan said O’Riordan had turned a corner in her life in the years before her death, saying she had her bipolar condition under control and had started a new romantic relationship.

The songs on “In the End” mine a time of turmoil, with lyrics like “I wonder when I should give in” and “I feel the storm is coming in.” But they also celebrate love: “You are my everything” and “When I see your face/All of my worries dissipate.” (There’s also a now-heartbreaking reference to “a hotel in London.”)

“Things were looking up. That’s what a lot of these songs are about,” Hogan said. “If she was still here today sitting with us, nobody would think anything else of it. You would just think, ‘These are songs about that period.’ But, obviously, with everything that’s happened, it’s something we’ll be asked, I think, for a long, long time.”

The Cranberries made a splash right from the beginning of their career, when their 1993 debut album — “Everybody Else Is Doing It, So Why Can’t We?” — sold millions of copies and produced the hit single “Linger.” Other later hits included “Zombie” and “Dreams.”

Hogan recalls first realizing how special O’Riordan’s voice was while recording “Linger.” Her soprano could suddenly drop and she somehow found an extra, breathy gear at the very top of her highest note, almost a yodel.

“We’re all looking at each in the room going, ‘Where did that come out from?’ Because she was so small and tiny — you didn’t expect that. And then she only grew from that point on. As the years went down, she just got better and better.”

Recording the new album was an emotional time for the surviving members, which also includes Hogan’s bassist brother, Mike. The band worked on the songs with their longtime producer Stephen Street, everyone listening intensely as O’Riordan returned to life in their headphones.

On other Cranberries albums, O’Riordan would come early to the recording studio and lay down several guide vocals. She would then leave, letting the rest of the band do their parts because she disliked listening to songs over and over. In the evening, she’d return to record her vocal parts for real.

“So in that respect it was kind of the same way we’d work,” said Lawler. “It’s just that in the evening time we’d be kind of waiting for her to come in and realize, ‘Oh, she’s not going to come in.’ So that’s when it kind of hit you again.”

Not having O’Riordan around to offer fresh vocals meant the band had to adapt. If she left behind softly delivered lyrics, the band had to play softer. If an unfinished song needed something in the middle, they had to improvise.

After the first week of work on the songs, the band took the weekend off, and reflected on what they had done.

“In the End” will be the last Cranberries album, the bandmates vow. They won’t look for another lead singer. They hope they’ve done her justice. And they hope fans like the last songs.

“If there’s another place that she’s looking down from, that’s what she would really love the most: That those songs that she spent a lot of time working on and loved means so much to so many other people,” said Hogan.

Overall, The Cranberries, “In the End” is a wonderful epitaph to Dolores O’Riordan’s life.