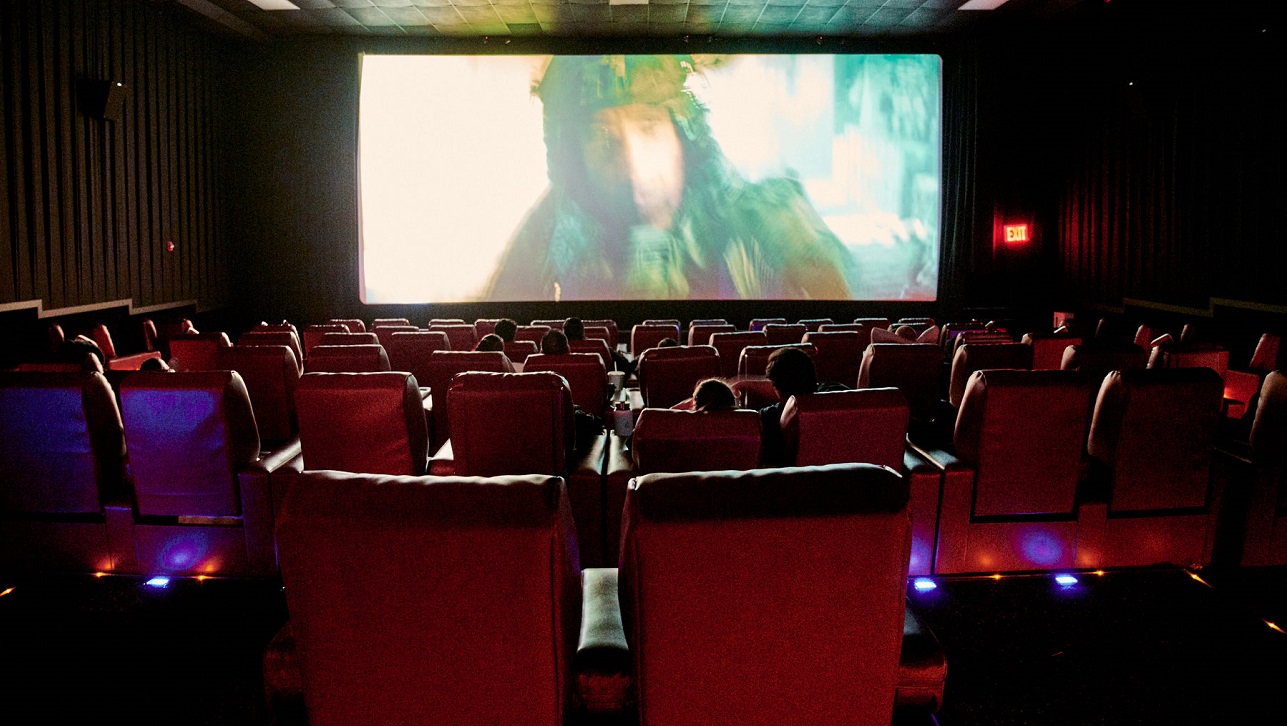 While China and many international countries closed theaters, Hollywood didn’t feel the hit until this past weekend when blockbuster films like “F9” and “Mulan” were shelved. Now with no new product, films like Pixar’s “Onward” can eek in whatever ticket sales people defying the ‘stay at home’ warnings are willing to spend.

Ticket sales plunged to their lowest levels in at least 20 years at North American movie theaters as the coronavirus pandemic led to one of Hollywood’s worst weekends at the box office. The reason for the plunge back in 2000 was the overbuilding of multiplexes during the 1990s by nearly 14,000 locations. This resulted in nearly 10,000 located on the brink of closure in 2001.

It was the worst period for movie theaters in two decades, according to Comscore, which compiles box office data. The next lowest weekend was Sept. 15 to 17 in 2000, when ticket sales totaled $54.5 million and the primary draws were holdovers like “The Watcher,” a serial-killer movie, and “Nurse Betty,” a dark comedy starring Renée Zellweger. In today’s money, however, the 2000 weekend generated roughly $83 million in ticket sales.

The result: Hollywood may have just had its worst weekend since ticketing data started to be independently compiled and kept in the 1980s.

Now, with a new virus and our government’s very slow response, people don’t know how to respond. Local governments are jumping in to help guide businesses and theater chains are trying to do their part while still being able to make some money.

Receipts totaled about $55.3 million in U.S. and Canada theaters, according to studio estimates Sunday. Not since 2000 has weekend box office revenue been so low, according to data firm Comscore, when $54.5 million in tickets were sold on a quiet September weekend. More people went to the movies the weekend after Sept. 11, 2001.

Disney’s latest release from Pixar, “Onward,” remained the top film, earning $10.5 million in its second weekend. The Christian romance “I Still Believe” from Lionsgate brought in $9.5 million. Sony’s comic-book adaptation “Bloodshot,” with Vin Diesel, grossed an estimated $9.3 million in its debut. The Blumhouse horror satire “The Hunt” opened with $5.3 million.

The superhero movie “Bloodshot,” starring Vin Diesel, played on 2,861 screens in the United States and Canada and collected an estimated $9.3 million. Sony, Bona Film Group and Cross Creek Pictures financed “Bloodshot” for about $45 million. The companies also spent tens of millions of dollars on marketing. Reviews were not kind, and it got a B grade from CinemaScore.

Overseas, “Bloodshot” took in an additional $13 million. Russia was one of the stronger markets.

“This weekend’s three new wide releases were not expected to do big business,” David A. Gross, who runs Franchise Entertainment Research, a movie consultancy, said in an email on Sunday. “Still, these openings are down 30 percent or more from where they would be under normal circumstances.”

All of those totals were notably below expectations. Most films last week had aimed to do 25% to 50% better. The weekend’s sales overall were down 45% from the weekend before, according to Comscore.

While this weekend’s crop of films weren’t expected to compete with the same timeframe last year, when “Captain Marvel” was in release, revenue was down 60% from the same weekend last year.

Pixar films virtually always hold well for weeks, but “Onward” dropped 73% from its opening weekend. “The Hunt,” starring the Emmy-nominated Betty Gilpin (Netflix’s “Glow”) and the two-time Oscar winner Hilary Swank, had originally been scheduled for release in September, but Universal canceled that plan after 31 people were killed in back-to-back shootings in Texas and Ohio and conservative pundits criticizing the film’s premise as “sick.”

Most of Europe’s cinemas have shuttered in recent days, as have theaters in China, India, Lebanon and Kuwait. Those closures have already slashed international grosses. Health officials are urging for those who can stay home to do so, to help stymie the spread of the virus.

But the wide majority of North American theaters remained open for business over the weekend. The continent’s two largest chains, AMC Theaters and Regal Cinemas, said they wouldn’t fill theaters to more than 50% capacity to facilitate social distancing. Others asked moviegoers to leave empty seats around them. All pledged to clean theaters in between screenings.

Other theaters opted to close completely, including many in New York. Of the roughly 5,800 theaters in the United States, about 100 were closed over the weekend.

Jim Orr, Universal’s distribution chief, said the industry was doing its best to navigate the unknown.

“We’re still all working through it. The circuits are doing a great job of taking government mandates and applying it to their businesses the best they possibly can,” Orr said. “This is a unique point in time in our industry and maybe in our nation. But we’ll get to the other side of it, and the box office will come back very healthy. It’s just a matter of when that might be.”

Health officials urged people to stay home and minimize social interaction, especially in states that have instituted bans on larger gatherings. California put a limit on gatherings of 250 people; New York set its ban at 500 people; Ohio banned gatherings of 100 people or more.

“With the worldwide coronavirus epidemic causing many domestic theater chains to go to reduced seating and many international territories to either completely or partially close all theaters, as well as creating uncertainty about going to crowded spaces, all titles have seen larger than expected drops,” Disney said in a statement.

Much of the entertainment world has shut down. Broadway theaters, major museums and theme parks have closed their doors. Concerts have been called off. Festivals including South by Southwest in Austin, Texas, and the Tribeca Film Festival in New York have been canceled or delayed. Most live-action film and TV production has been put on hiatus.

Hollywood also has postponed most of its upcoming releases. Next week’s most anticipated movie, “A Quiet Place Part 2,” has been removed from the schedule. Other major releases, including Disney’s “Mulan” and the James Bond film “Die Another Day” have been put off.

That means that even if movie theaters remain open in the coming weeks, they will have little to play. Theaters could potentially play older films to help them get by.

“It’s so hard to predict how this will play out,” said Paul Dergarabedian, senior media analyst for Comscore. “It’s an ever-changing, ever-evolving situation that the entire world is trying to wrap their minds around. For the short term, obviously there’s an impact.”

For now, it’s likely more theaters will soon close their doors. Over the weekend, cinemas were shuttered in both New Jersey’s Bergen County and Pennsylvania’s Montgomery County after local governments advised closing all entertainment venues.

Pixar has actually seen one of its worst films with “Onward”.

Twitter feels Donald Trump above law plus their TOS