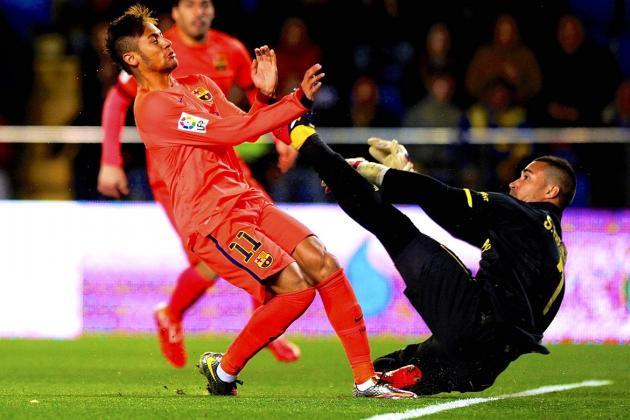 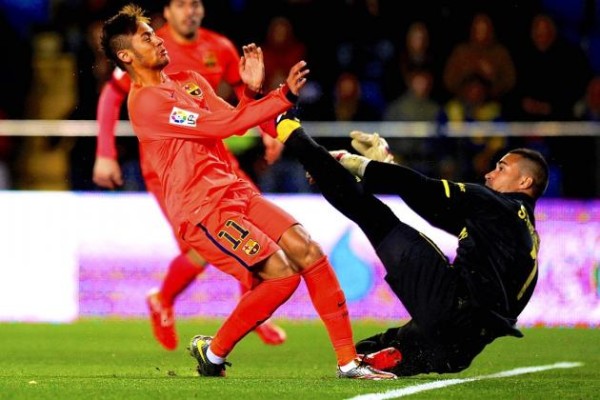 There is no set venue for this year’s Copa del Rey final. But both the participating clubs want the Santiago Bernabeu to hold the match. The reason being cited is the capacity of Real Madrid’s stadium, which would allow them to have the maximum number of tickets available.

“Since both clubs wish to play the final at the Bernabeu, we made a formal request to Real Madrid and will be waiting for an official response,” Barca director Albert Soler said.

“The Spanish Federation had received requests from some cities to host the cup, but not from Madrid.”

In the semi-final’s second leg, the Brazilian skipper, Neymar netted twice and the Uruguyan forward, Luis Suarez also got on the score sheet as Barca reached their 4th Copa del Rey final in the last 5 attempts. The Catalonian giants won 3 – 1 at Villarreal in the second leg, thereby registering a 6-2 aggregate win.

Villarreal lost 3 – 1 in the first round and they needed to overturn the first-leg defeat at Barcelona’s home ground. Their attempts to reach their first Copa del Rey final were futile and Neymar’s goal just three minutes from the start dashed their hopes. Despite being 4 – 1 down to the Spanish giants, the hosts didn’t give up and equalized the goal in the 39th minute. Villarreal’s Jonathon dos Santos struck from Jaume Costa’ cross and gave some hope to the home fans.

Luis Enrique’s side couldn’t find another goal and the game was leveled until Tomas Pina got a red card in the 64th minute. Suarez and Neymar added a goal each to take the Blaugrana giants to the final.

After the match, Neymar praised the opponents and said: “We were up against a strong side with players that have a lot of quality. We knew that it was going to be difficult and I am happy now that we are in a final again.”

Barcelona won the domestic cup in 2012, but since then they haven’t won the final. This season, they will face Athletic Bilbao who got a 2 – 0 victory over Espanyol. Bilbao won 3 – 0 on aggregate. If Espanyol had gotten through, it would have been a great derby final between the Catalan sides.

Barcelona are in the form of the season and are currently enjoying success in all the competitions. Real Madrid’s form has taken a plunge and hence Barcelona have become the favorites to clinch La Liga. They have a tough tie against Paris Saint Germain in the Champions League, but if Messi and co. stay focused, then can definitely see off the Parisians.

It seems quite likely that Barcelona would have a silverware this season. Their Copa del Rey opponents aren’t enjoying a great run in the league. They are currently eighth on the league table, 29 points behind the league leaders. It would be really shocking if the European giants lose to Bilbao on May 30.