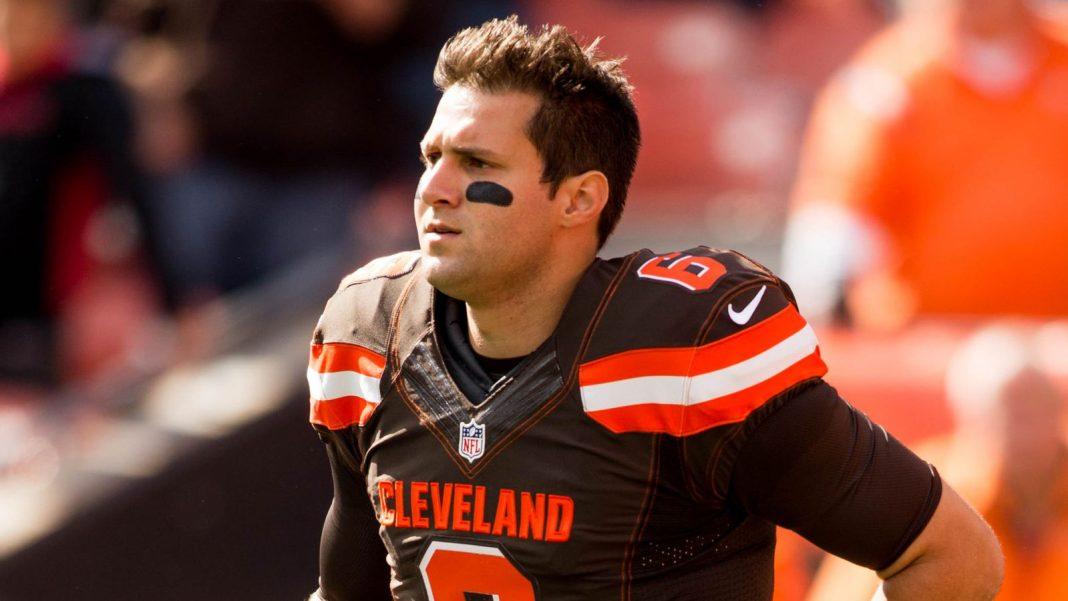 The Cleveland Browns selected Texas A&M defensive end Myles Garrett with the first-overall pick in the 2017 NFL Draft with the hopes of a brighter tomorrow after a dismal 1-15 season. While the defensive help will go a long way for the disappointing Browns team, there are a lot of holes to fix on this roster.

Among the most glaring of the issues is the quarterback position. Robert Griffin III didn’t exactly work out well last year, leaving the Browns, yet again, scrambling for someone to place under center.

Rookie Cody Kessler carried the load for the team last season; however, head coach Hue Jackson wanted to bring in some competition for 2017 after a…well, less than stellar season by Kessler.

Instead of bringing in any competition, though, Jackson decided to bring in Brock Osweiler. Now, Kessler has the starting job all but locked up.

“This thing’s open. It really is,” said Jackson. “But Cody’s done a great job. That’s the reason I brought his name up first. He’s really improved. He’s worked his tail off, and he deserves the right and the opportunity to walk in this building and walk out there first. And they’ve got to take it from him.”

Osweiler, who turned down the chance to succeed Peyton Manning on the Super Bowl 50 Champion Denver Broncos squad, signed a lucrative $72 million contract with the Houston Texans only to be a terrible disappointment. The Texans were more than willing to part with Osweiler this offseason; however, it didn’t look like they were able to garner any interest.

The Browns, however, in typical Cleveland Browns fashion, decided to step in and take Osweiler off the Texans hands. In exchange for eating up that cap room, the Browns also received a second-round draft pick from the Texans.

Osweiler wasn’t brought in as the clear starter, however, meaning the Browns basically paid $18 million for a second-round pick. Nonetheless, Jackson insists that Osweiler has a chance, he’ll just need to earn it.

“He’s competing,” insisted Jackson. “He’s here. And I said from the beginning, if a guy is in our locker room, we’re going to treat him like any of our other players. I think in this league we all know you can’t have enough good quarterbacks, enough guys to train at the position. You never know how it’s going to unfold, and things do happen, but he’s competing.”

It’s hard to tell whether Jackson is actually the least bit impressed with Osweiler or if he’s just being nice and trying to make the salary on-taking sound at least remotely worth it. Are you trying to convince us or yourself, Hue?

“He’s done a good job. He’s been great in the room with the guys. He’s been a good person in the building. We’re going to continue to allow him to do that and see what he has to show for us and kind of go from there.”

Though Kessler didn’t start as many games as Osweiler in 2016, his completion percentage and touchdown-to-interception ratio blows Brock’s out of the water. Kessler’s QB rating even came in 20 points higher.

So, will there be much competition for Kessler? It doesn’t look like it. Osweiler, in my opinion, should have never left the Broncos. Nor was he worthy to start for the Broncos. He wasn’t good in the games he started in 2015. He should have never gotten such a massive deal from the Texans, and the Browns would be better off paying out his contract and releasing him.