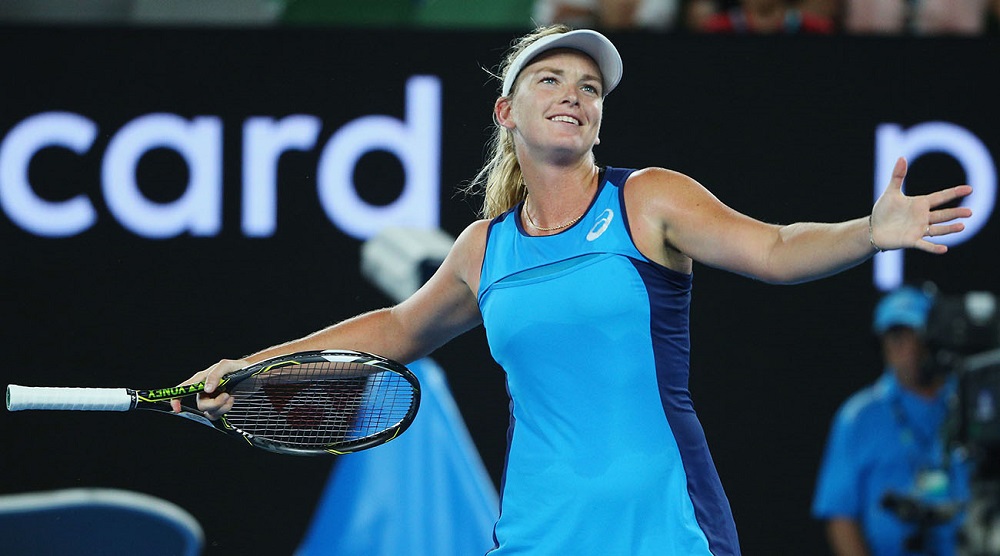 Christopher Clarey wrote a recent piece about Coco Vandeweghe. In a related tweet, he called the 2017 Australian Open semifinalist “a next-generation American talent.” However, I think that a careful look at what Vandeweghe did at Melbourne Park might suggest that Clarey is wrong about her. I don’t agree that she’s “a next-generation” player and I don’t think her talent is too significant.

My piece on CoCo Vandeweghe, a next-generation American talent who might have played basketball instead https://t.co/4oCmnljB60

Firstly, it’s actually a little late in Vandeweghe’s career to be calling her a “next-generation” player. The Australian Open might be the first time she’s made the semifinals of a major, however that doesn’t change her date of birth. Vandeweghe is 25 years old, and there are actually 45 players in the top 100 right now that are younger than her. As points of comparison, both Caroline Wozniacki and Petra Kvitova are similarly aged to Vandeweghe, so the American isn’t really “next-generation” material, but just slower to find the late rounds of majors than some of her contemporaries.

If you were to look at “next-generation American talent” then what age to cut off at is a fair question. Personally, I would NOT look at anyone that’s 24 years or older. Ranking is also part of the question as there’s a big difference between a 23-year-old ranked 600th and one ranked 60th.

So we’re pretty much looking at American players that were born in 1993 and afterward with good rankings. Sloane Stephens is still just 23 years old, and she has a Grand Slam semifinal appearance bagged a long time ago. Lauren Davis is currently ranked 40th, and she won a title earlier this January, just a few months after turning 23. Furthermore, there’s someone named Madison Keys who is 21 years of age and ranked **EIGHTH** in the world. If you look down at the really young players, Catherine Bellis is ranked 73rd at the age of 17. Furthermore, there’s Kayla Day, ranked 197th at the same age. Those are all players that might be called “next-generation,” even the ones that have already made it to big matches.

When it comes to ranking points and stats, Coco Vandeweghe’s run at the 2017 Australian Open is what it is: she made the semifinals and will enjoy all the accolades and ranking points that should come with that. However, when looking ahead at Vandeweghe’s future and projecting success her result from Melbourne Park needs to be taken with a grain of salt. She was very much just the woman-of-the-moment in her section of the draw.

Building Vandeweghe up too high is just going to set the stage for a big fall. A 51-unforced-error semifinal appearance where she failed to beat a 36-year old that showed signs of washing up about 5 years ago shouldn’t fool you. Vandeweghe is incredibly unlikely to win a major, she probably won’t make the 2017 tour finals, and I doubt she’ll make a Grand Slam semifinal again.

Vandeweghe enjoyed success at Melbourne Park through a draw filled with players on working holidays. She also benefited from the fact that women’s tennis is currently in a lull when it comes to depth. But Sharapova, Azarenka, Kvitova, and Keys will all be back, the latter player the true “next-generation American talent.” Vandeweghe probably just missed the only shot at a Slam that she’ll ever have a look at.