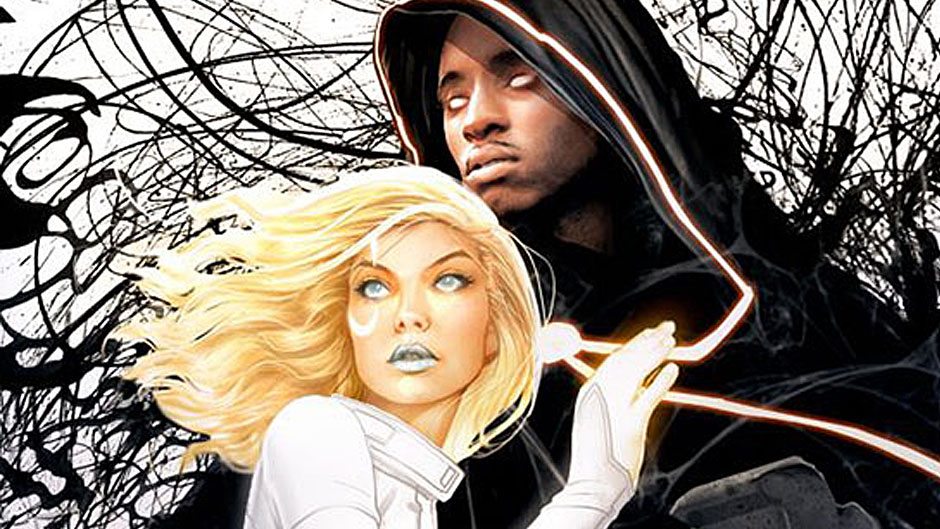 This must be what they call Christmas in April. I’ve gone on for some time that Cloak and Dagger would make a great TV series to add to the Marvel Cinematic Universe. We’ve had Jessica Jones and Daredevil Seasons 1 and 2, and they were just amazing. Now, we are actually going to have Cloak and Dagger on TV titled, “Marvel’s Cloak and Dagger”. There’s one catch, it won’t be from Netflix but from a Disney-owned company called Freeform. The big question is, will the series live up to the premise of dark, street-level vigilante crime fighting, dealing with runaway teenagers, occasional supernatural adventures and unrequited love in the guise of a platonic partnership?

According to Variety, which is according to Freeform, the last item is a certainty. It will be about a live-action interracial romance of sorts from a duo of superheroes. I can’t say I’m excited, but that is one of the cores of the Cloak and Dagger comic books. For those who don’t know yet and are just jumping in, Cloak and Dagger is a comic series about two teenagers, beautiful white blonde Tandy Bowen, and awkward Africa-American Tyrone Johnson. Both are runaways who went to New York but were kidnapped by a narcotics gang and used to test experimental drugs among other runaways. Both of them survive the experiment and escape from their captors, but the experimental drugs alter their genetic makeup giving them extraordinary powers. Tandy Bowen becomes Dagger with the power to generate an electrolytic form of light in the form of ‘light knives’ which she can use to stun her enemies and purge poison from others. Tyrone Johnson finds a discarded cloak which becomes part of him as his powers begin to manifest. He becomes Cloak with the power of Darkness, who acts as a portal to a dark dimension. He snares his enemies inside his cloak trapping them in the dark dimension, showing them their worst fears leaving behind a quivering, cowering mess. Together, they can use their powers to teleport to other places. Their light and dark powers are somewhat symbiotic requiring them to be together thus forming a bond which is neither friendship nor love. It’s Twilight with superheroes, but hopefully, Marvel’s Cloak and Dagger gets past that brand and come into its own.

With regards to their symbiosis, Cloak occasionally requires Dagger’s light to ‘feed’ his ever-increasing hunger for the same light inside human beings. If not fed, Cloak could lose control and feast upon anyone with the smallest of sins who crosses his path. As for Dagger, she needs to offload some of her light powers otherwise she’ll get overcharged and collapse in an equivalent of a massive sugar rush. 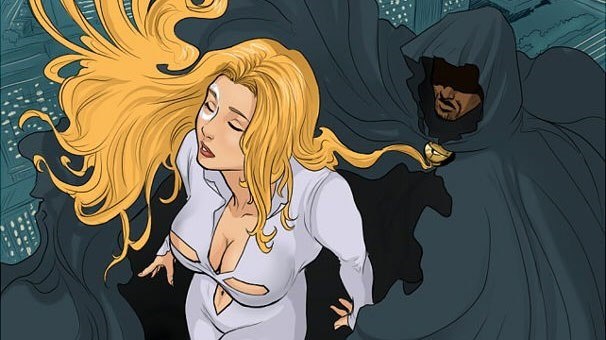 You’ll have seen them from time to time in trailers of Disney’s Ultimate Spider-Man animated series or watched them in action if you’re a fan of the show. But a live-action series would definitely be more intriguing. It’s unfortunate though that they might not get the darker Netflix treatment as in Daredevil and Jessica Jones which IMO would be very much appropriate for the series. This comic book duo also made a base in New York’s Hell’s Kitchen neighborhood in the Holy Ghost Church, probably the very church shown in the Daredevil opening sequence. It would be fun to have them show up from time to time in future seasons of Daredevil and Jessica Jones and vice-versa. In Daredevil Season 2, it was exciting to have Jerry Hogarth make an appearance dealing with Foggy which suggests that Daredevil, Jessica Jones and Luke Cage could intersect paths. I was fully expecting Jessica Jones to pop up while Claire’s hospital was being attacked in one episode. But Jon Bernthal’s stellar performance as Frank Castle, aka the Punisher, was more than enough to give us that crossover fix. However, Freeform (formerly ABC Family) will be helming the show with guidance from Marvel Television and ABC, which produces Agents of SHIELD, Agent Carter, and later Marvel’s Most Wanted. So instead of intersecting with Daredevil, we could see them crossing paths with Coulson instead. Which is logical since AOS and Agent Carter dealt with darkforce-empowered beings which is the same force that Cloak wields.

In the comics, they were branded as mutants with powers so repressed that they needed external stimuli (the drugs) to activate which would have meant that their progeny would likely be full-powered mutants. This would put them in the jurisdiction of Fox.  They also first appeared in 1982 in the pages of Spectacular Spider-Man which would make them Spider-Man supporting characters in the jurisdiction of Sony. Fortunately, the nature of their powers were retconned before the Marvel property wars even began and that their supporting roles in various Marvel franchises does not entirely put them in the Spider-Man universe. More likely, under ABC, they might be branded as Inhumans and their origins might be tinkered somewhat. They might even turn out to be fugitives from that ATCU Inhuman stimulation program.

Cloak and Dagger promises a lot of action, provided their drug-related roots aren’t very much altered. Some angst as they’ll be teenagers thrust into a shady underworld. I’m also hoping that they’ll imbue the show with the same dark mood Netflix gave to Daredevil and Jessica Jones. But turning this into a love story would also be logical. Two unrelated individuals of the opposite sex, staying together for a long time who share something in common, fighting for the same things, it’s impossible for them not to develop a strong relationship. Plus, the target demographic for the show will be teenagers and young adults. Also the fact that this couple is interracial might just be what’s needed for a country struggling with a growing racial divide, like a person refusing to acknowledge a growing cancer. Cloak and Dagger may be somewhat unknown, but the hype should catch up with them later. Here! Here!