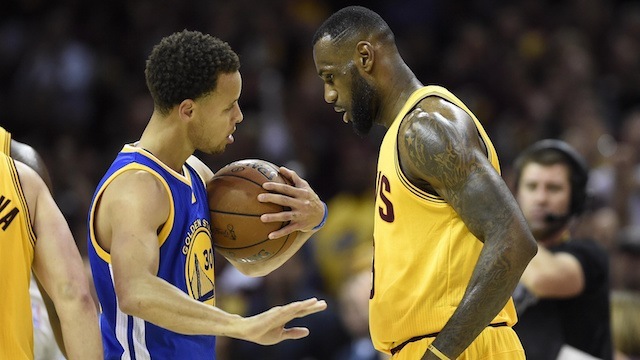 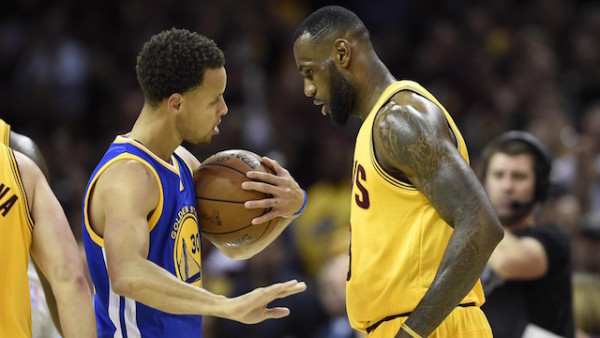 The Cleveland Cavaliers and the Golden State Warriors met in game three of the 2015 NBA Finals on Tuesday. The first game of the series that was played in Ohio, Cleveland looked to back-up their game two win with a victory on home court.

Ahead of game three, Lebron James had carried a lot of the offensive load for the Cavs. He scored 44 in game one and 39 in game two, efforts that helped Cleveland claim a split after the action from Oakland. His stellar offensive display in the 2015 NBA Finals continued on Tuesday night as James scored 40 to lead all scorers, helping his team to a 96-91 victory.

But game three will likely be remembered for how poorly Golden State guard Stephen Curry played in the early going before somewhat redeeming his efforts late. The league MVP had just three points at half-time as Matthew Dellavedova clamped down on defense. Accordingly, Cleveland built a massive lead in the second half and were up by 17 heading into the fourth quarter. 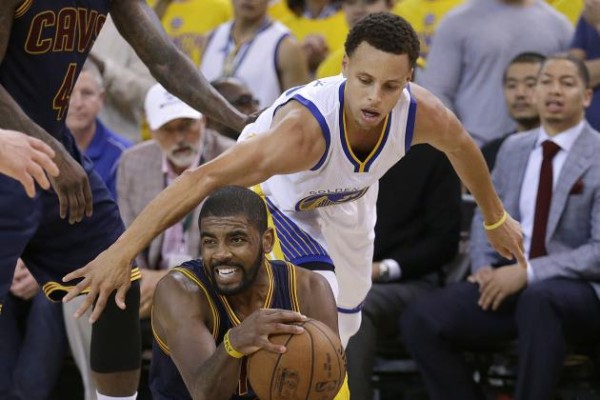 However Curry, behind a barrage of three pointers, lead a charge that helped Golden State come to within one of Cleveland. For a time, the Cavs looked as though as a devastating loss was imminent. But the play of the game for the Cavs came with about two and a half minutes to go as Dellavedova banked an ‘and-one’ after Curry fouled him. From that point on, the game did not seem to be in that much doubt.

The victory moves Cleveland to within two wins of the their first NBA title. The Cavaliers, who will host game four on Thursday, could be NBA champs as early on Sunday night this weekend, when game five is played.

But despite the win, game three may have had costs as well. Dellavedova, a player who has been instrumental in both of Cleveland’s victories, “received IV treatments at Quicken Loans Arena following the game before he was taken by ambulance to the hospital for further procedures” (NBA.com). With the Cavs so attritioned from injury already, fans hoping for a competitive series can only hope that Dellavedova is back to full fitness for game four.

That game will go on June 11th with a start time of 9pm ET.