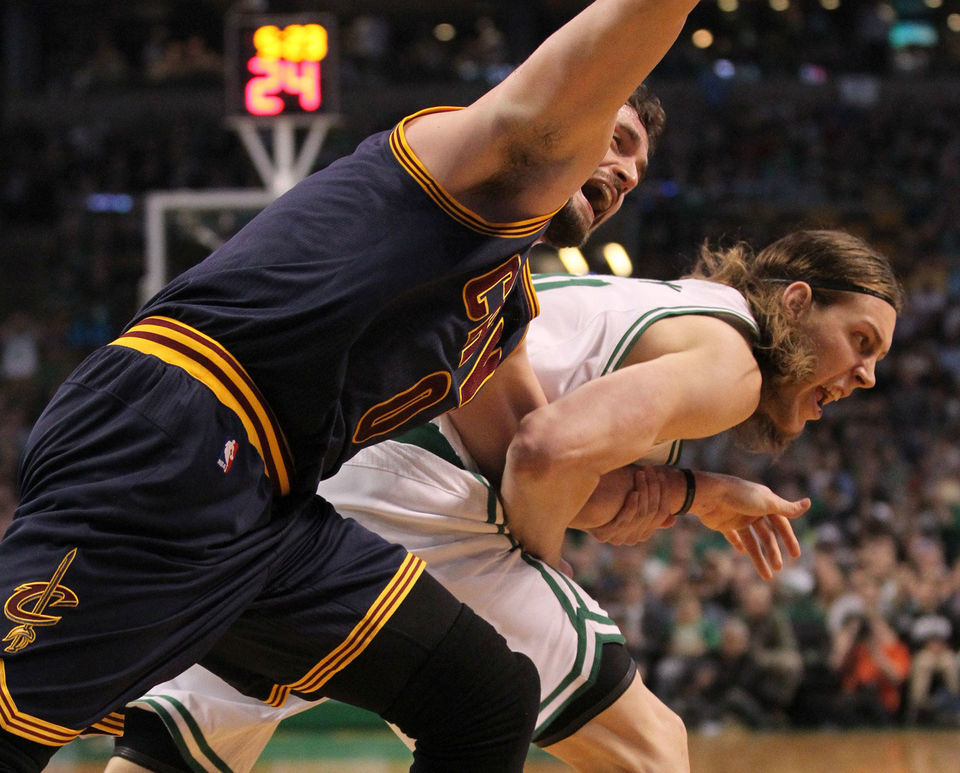 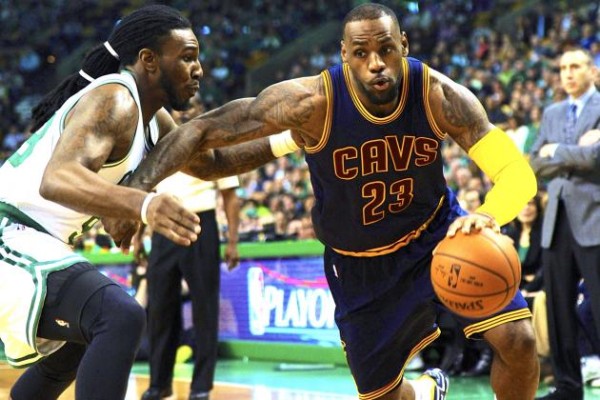 LeBron James and the Cleveland Cavaliers completed the sweep of the Boston Celtics with a 101-93 victory in Game 4 of the first round matchup. The Cavs will move on to play the Chicago Bulls in the second round of the NBA Playoffs.

With the win, LeBron James improves to 10-0 in first round matchups, which is nothing less than impressive; however, LeBron is more focused on bringing a banner back to Cleveland. Well, his team may be a little short-handed for their second round series against the Bulls as his teammates face injury and possible suspension.

There is still some uncertainty surrounding superstar Kevin Love, who was injured on a dirty play by Kelly Olynyk. Olynyk wasn’t going for the rebound when Love was injured, he was nowhere near the ball. Players’ arms get tangled all the time, but you can see Olynyk tug on Love’s arm twice, pulling his shoulder out of place on the second attempt. 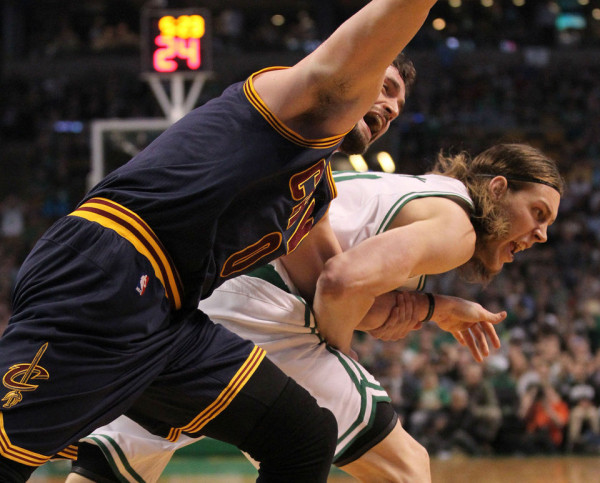 “I thought it was a bush-league play,” said Love after the game. “I have no doubt in my mind that he did it on purpose.”

Maybe Olynyk is upset that he’s been an absolute nobody in the NBA since coming out of Gonzaga in 2013, whereas Love has finally been receiving the attention he deserves as a superstar player.

As if the possibility of losing one starter weren’t bad enough, J.R. Smith will more than likely be missing at least Game 1 of the second round after swinging at Jae Crowder’s face, causing Crowder to fall to the ground and sprain his knee in the process. Not a smart move at all by Smith in a game that the Cavs were never really in danger of losing.

On a less-serious note, the Cavs may also lose Kendrick Perkins for a game, after pushing Crowder to the ground while “setting a pick” earlier in the game. Perkins only played two minutes in Game 2 before coming into Game 4, so it wouldn’t be a huge loss; but the Bulls do have a lot of size and Perkins could definitely prove somewhat useful in the next series.