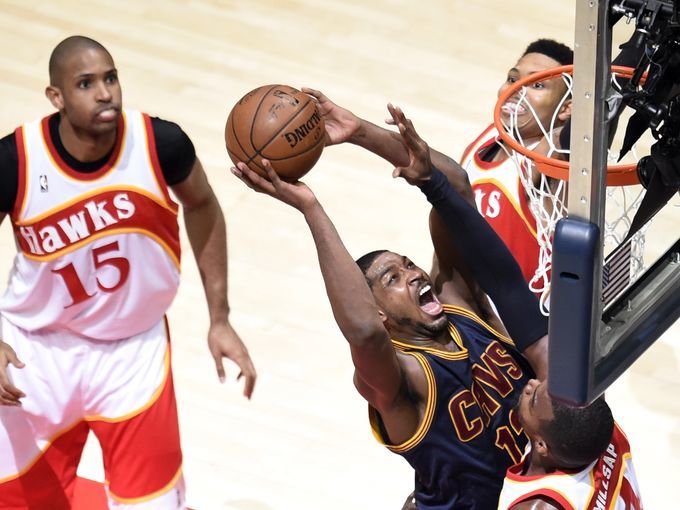 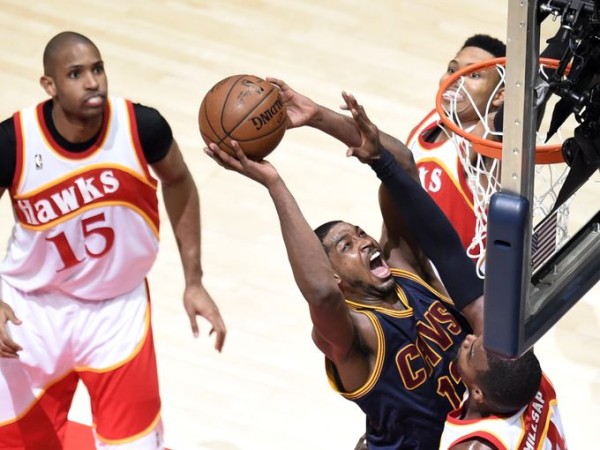 The Cleveland Cavaliers are poised to return to the NBA Finals following both games one and two in the eastern conference finals against the Atlanta Hawks. Cleveland, following action on Friday night, currently hold a 2-0 series lead with action switching from Georgia to Ohio this weekend. In the west, Golden State also hold a 2-0 series lead as a showdown between Lebron James and Stephen Curry appears to be brewing.

Here’s a look at the remaining schedule for the games that are guaranteed to take place (all times ET).

Cleveland are currently considered second favorites to win the NBA title, behind the Warriors (BetVictor). However the Cavaliers are arguably in a better position to make the championship series at this point. While both teams are up 2-0 in their respective series, the Cavs have won two on the road and they can sweep the Hawks by holding home court. 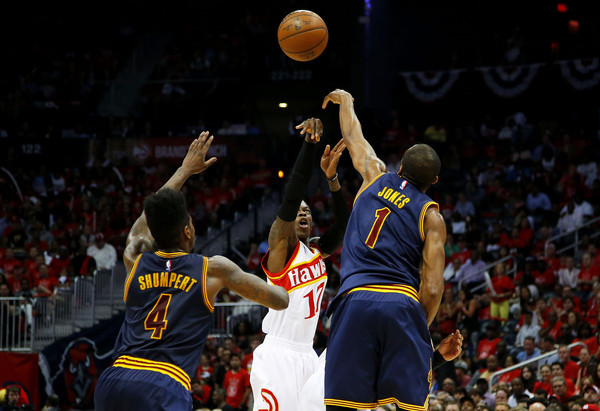 Golden State do not need a road-win to claim their series against the Rockets: the Warriors were the higher seeded team from the onset. However GS did almost lose game two and they should be in tough heading over to Houston as well.

The Rockets have momentum at home following the comeback they staged against the Los Angeles Clippers in the previous round. Accordingly, it’s not difficult to picture Houston leveling their series against Golden State following games three and four. Of the two conference finals, the one more likely to be a lengthy series appears to be the one out west as opposed to the one in the east.

However, if the Cavs do sweep following their upcoming homestand it’s not difficult to still see why some might consider them second favorites to whoever they may play in the NBA Finals. The Cavs are an injured team with Kyrie Irving missing action in game two and, of course, with Kevin Love recovering from a longer-termed injury.

Lebron James has ‘shouldered’ a lot of the burden in the absence of injured teammates and he’s definitely capable of keeping it up for the remainder of the playoffs. However when just one of your players is doing roughly a third of your scoring, it’s a better reason than most to be skeptical of that team’s longer-termed success.

In my opinion the Cavaliers need a short series against the Hawks to have a good chance of winning the NBA Finals. While a short series would lead to some idle time the “too much rest = too much rust” equation is one that I firmly believe to be wrong. Rest is key at this late stage of the season even at the cost of losing some familiarity with real-game intensity for the better part of a week.

However it would also help Cleveland if Houston made things interesting out west. For those that want a NBA title to go to the Cavs, you should definitely be pulling for a short series in the east while hoping the Warriors and Rockets knock each other around out west. The best position the Cavs could be in is entering the finals on several days rest with the survivor out west entering on the minimum.

There’s plenty of basketball to be played in the conference finals still. In summary, heading into the weekend Atlanta looks done, Houston is in clear trouble, Golden State looks strong for the finals, while Cleveland is very clearly poised for them.