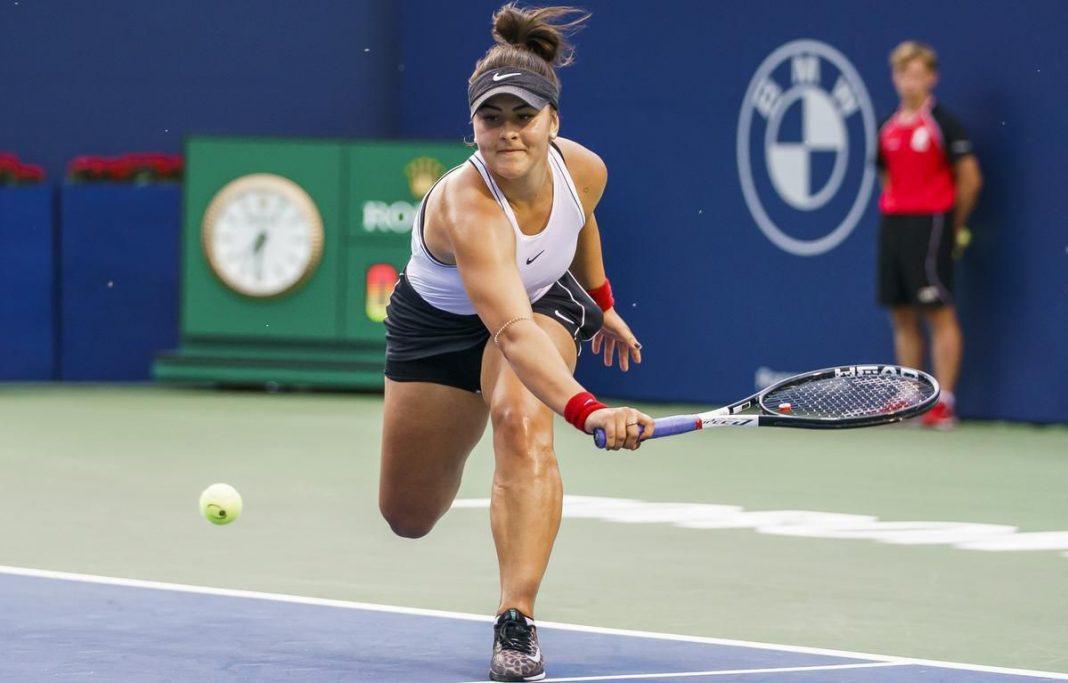 For those of you who are not familiar, Bianca Andreescu is an up and coming professional tennis star. At just 19 years of age, she has already reached a WTA singles ranking of No.5.

Most recently, she became the first Canadian woman to win the Canadian Open Singles since Faye Urban did it way back in 1969.

Bianca Andreescu is a massive -500 favorite in here round of 64 match against Aliaksandra Sasnovich at top sportsbooks around the world. The Belarussian had some success at the US Open, getting three match victories in the doubles tournament with her partner, Viktoria Kuzmova. That said, she has yet to make a name for herself in the singles category but will have the opportunity to do so if she could pull off a win over the No. 5 Bianca Andreescu on Monday.

The winner on Monday will face the victor of the Petra Martic vs, Elise Mertens. Petra Martic opened as a slight favorite, -125 but the odds have since slipped to evens at -110 a piece. The Yugoslavian is ranked No. 22, while the Belgian (Mertens) is No. 24. Momentum is key here. Petra has won three of her last 4 matches but is coming off a loss to Ashleigh Barty at the Wuhan Tennis Open. Meanwhile, Elise has split her last four, 2-2 and is also coming off a loss, but to Sofia Kenin.

Elise Mertens faced Bianca back on September 4th and managed to steal the first set. But ended up losing 6-2 & 6-3 in the following two to lose the match. Petra has never faced Bianca Andreescu, so it will be an interesting match to watch.

Petra does have much more experience than Bianca with 12 years on tour compared to Bianca’s 3. And I have a feeling that it will be this match that we see. Petra has taken some tough losses but keeps finding herself in high-stakes positions, such as the Zhenzhou Finals against the World No. 2, Pliskova.

Karolina Pliskova had lost four out of five of her previous matches with Petra Martic, so Petra is not unaccustomed to playing – and beating–  top-ranked foes. Once Bianca gets through either Petra Martic or Elise Mertens, She’ll have to face the bracket winners between Jennifer Brady vs. Amanda Anisimova and Madison Keys (World No. 11) and Karolina Muchova.

Madison Keys has been a perennial power in the top-25 so it is likely that she’ll meet Bianca in the next bracket. The two North Americans have never met on the court in singles play, and it should provide for an intense set of games.

Those are the next steps for Bianca Andreescu. But how far can she go? Pliskova is already out of the way, losing in her round of 64 match, but Bianca has to get past Keys. Elina Svitolina is still in action and so is Kiki Bertens, No.3, Ashleigh Barty, No. 1, Belinda Bencic, No. 9, Simona Halep, No. 6, Naomi Osaka, No. 4, and Angelique Kerber, No. 10. So there is a lot of tough competition in China. Andreescu will have to take it one round and one step at a time.