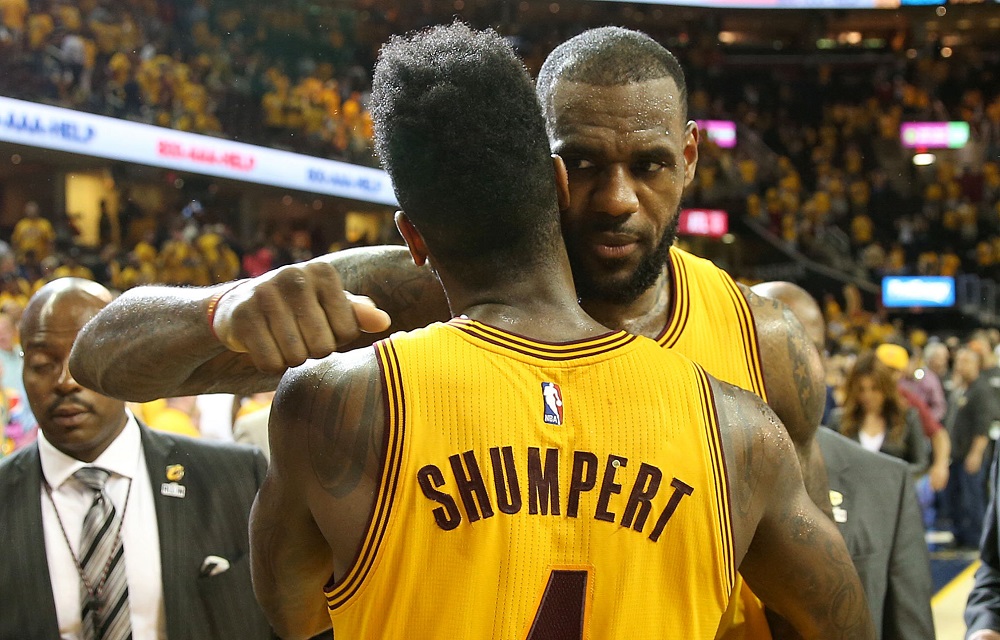 LeBron James is well known as one of the most frugal players in the NBA. Despite earning an estimated $86 million in 2017 between his basketball salary from the Cleveland Cavaliers, shoe and clothing deals, and other ventures, as well as having a reported net worth of $400 million, LeBron is very careful about the way he spends his money. He is also trying to make a name for himself off the court as a wise investor.

Well, his teammates have begun to take notice. When asked recently, Cavs guard Iman Shumpert said that if he could have one person investing his money, it would be LeBron.

“Our whole team isn’t big on expensive stuff,” said Shumpert. “For as much money as we make, we’re all pretty cheap. We split the bill at dinner. We’re smart about our coins, man. If I ever wanted to have someone on the team invest my money, it’d be LeBron,” said Shumpert.

Maybe LeBron’s ways have worn off on his teammates over the years, which isn’t necessarily a bad thing. Sure, LeBron could afford every new car to roll off the production line and 14 houses in 14 countries (although he does have quite a few very nice ones), but he’s happy living life his way and saving money where he can.

“I’m not turning on data roaming,” said LeBron. “I’m not buying no apps. I still got Pandora with commercials. I know there will be more time of my life spent off the floor than on the floor. I still have to live beyond the hardwood.”

LeBron has also gone head-first into the business world with his partner Maverick Carter. Among his other ventures, LeBron is a co-founder of Uninterrupted, which raised over $15 million back in 2015. James is working with SpringHill Entertainment Production company on a possible entry into acting. He was an early investor in Beats by Dr. Dre, and he reportedly received a $30 million payout when the company sold to Apple. James has endorsement deals from Nike, McDonald’s, and Coca-Cola, among others.

The man knows his stuff, and he’s spoken with the Oracle of Omaha himself in the past about how to get more involved with investing.

“Athletes generally tend to get promoted by people with restaurants and real estate,” said Warren Buffett. “Everybody’s got an idea for him and, usually, the simplest is the best.”

Carter and others have said that James seems to have a “sixth sense” when it comes to business and where to put his money. James has also made it clear that the next step for him after his career in the NBA as a player is over is to one day own a team.

“I will own a team someday,” said James. “That’s my next thing. Why do I want to own a team? I think it’ll be cool. I’ll stay part of the game and still be able to put people in positions of power. I’ve always loved that, putting people in a position of power to feel like they can make a change and make things happen.”

James has been talking about future ownership for years now, starting back in 2016. He doesn’t see himself as an active manager, rather someone who will hire a top-notch general manager and president and let them run the organization, but he wants to have a team in his portfolio of investments. And while team ownership may not be the most profitable venture that LeBron invests in (especially give his current track record and portfolio), it’s always good to diversify.