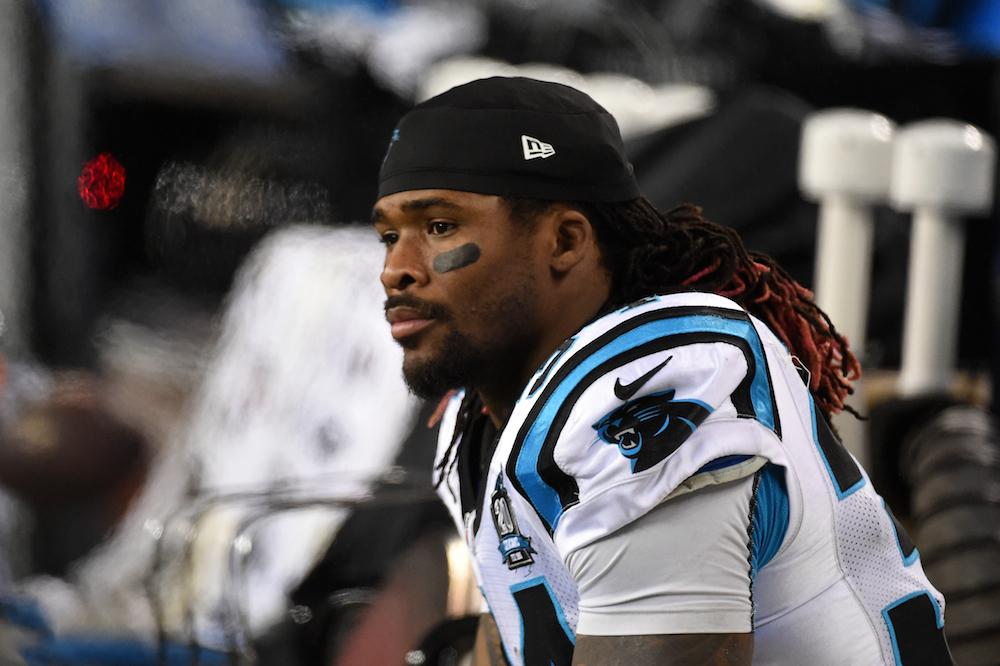 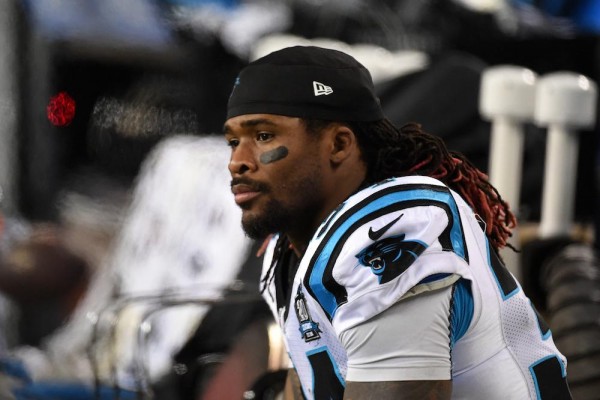 Everyone remembers the whole Steve Smith Sr. debacle from last offseason right? Well the Panthers are back with a part two:

After nine seasons with the Carolina Panthers, DeAngelo Williams announced recently that he was cut from the team during a meeting with head coach Ron Rivera. Williams claims that Rivera told him flat out that the Panthers “don’t run the ball enough” to justify keeping both him and Jonathan Stewart on the team. Unfortunately for Williams, he missed most of the 2014 season with injury problems forcing Rivera to give the nod to keeping Stewart instead.

Williams has been with the Panthers since they drafted him in the first round of the 2006 NFL Draft. Williams hit his career-high in both rushing yards and touchdowns in 2008 when he finished the season with 1,515 rushing yards and 20 total touchdowns. 2009 was a great season as well, but every season since has been a mini disappointment culminating in the 2014 season in which Williams missed 10 games and only picked up 219 yards on the ground.

Williams may not be bitter about the business side of the transaction, but it’s hard to believe he wasn’t upset about everything else the Panthers did (or failed to do) to him. Now that Williams’ career in Carolina is over, he has no problem informing the world about the shortcomings of the organization:

DeAngelo Williams’ mother, Sandra Hill, died in May of 2014 after a ten year battle with breast cancer. Williams was very close to his mother as well as his other four aunts who died from breast cancer, and he played an influential role in convincing the NFL to support breast cancer beginning in 2009.

The Panthers gave him no support in this rough patch of his life—in fact, Greg Hardy was the only member of the organization who even attended the burial:

“Nobody came to the funeral,” said Williams. “The [Jerry Richardson] didn’t reach out. He didn’t say anything. Never talked to me. Nobody upstairs ever talked to me. The only two people who ever said anything to me was Coach Rivera and Dave Gettleman. Everybody else was…busy because it was the draft.”

Williams continued: “I was upset with Carolina because the last five or six years during October she was celebrated, but then when she was no longer here—let’s move on. [I was] very disappointed…it stung to know that a place of business that you’ve worked for, you’ve bled, you’ve played through injuries, you’ve done everything you possibly can for this organization to be successful, and then upon your darkest hour, they let you handle it by yourself.”

The Panthers did an even better job alienating their franchise player this time—even Steve Smith didn’t curse Richardson’s name on his way out the door, which is impressive.

Cutting Smith was a very odd business move. Sure, he was getting older; but he was still a good player. The odd part is that the Panthers actually had to pay more to cut Smith this past season than it would have cost to keep him on the roster. Williams play had declined significantly, and the Panthers already had a solid player to take his place.

First it was Steve Smith Sr, now it’s DeAngelo Williams. Who’s next on the Panthers list?