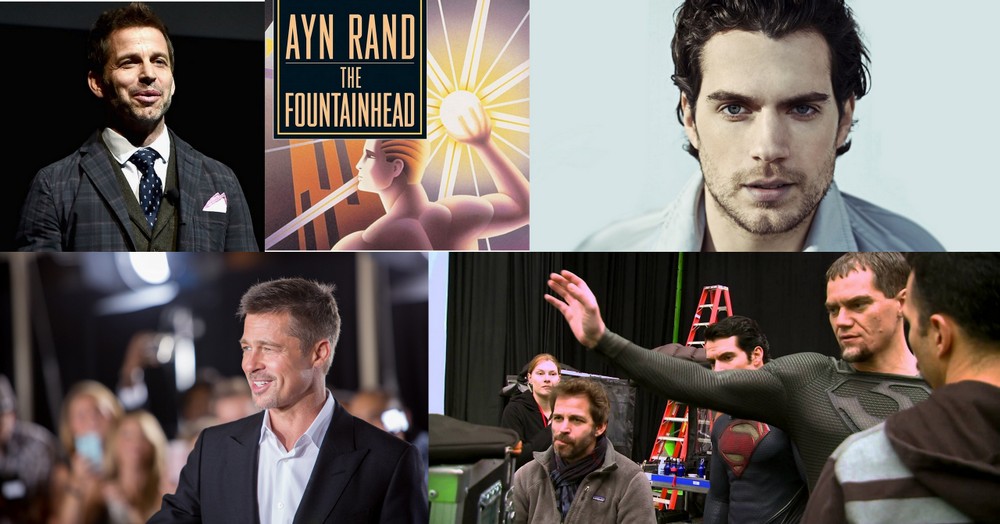 Rather than take the easy way out after a series of movie bombs, director Zack Snyder has chosen to remake Ayn Rand’s “The Fountainhead” film directed by King Vidor in 1949. Starring Gary Cooper (whom Rand heavily lobbied for the role of architect Howard Rourke), Patricia Neal and Raymond Massey, the controversial author was not happy with the studio film feeling it stripped much of the message of her book out. 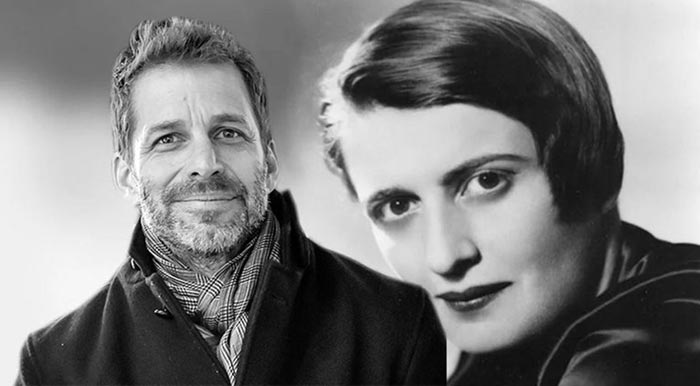 Even though she wrote the script, Rand was hoping to get architect Frank Lloyd Wright (who Rourke was inspired by), but that never happened, and the author found that the collaborative nature of Hollywood filmmaking wasn’t for her. Many scenes were toned down, including the famous rape scene which will surely be a point of controversy for Snyder.

Zack Snyder making a film of Ayn Rand's "The Fountainhead" is, without question, the worst idea I have ever heard.

As we all know in entertainment, the book is usually just the jumping off point when it’s turned into a film, but Snyder appears to want to be more loyal to Rand’s words. While some were confused by his choice, it should come as no surprise as he mentioned it back in 2016 to The Hollywood Reporter when asked about upcoming projects.

Many people expected him to head into his Afghanistan war film “The Photograph,” (about a war correspondent and a special ops soldier who team up after an attack) but “The Fountainhead” is taking precedence. He’ll at least have people like Speaker of the House Paul Ryan ready to watch as he’s an ardent ‘Randian.’ President Donald Trump has identified with Howard Rourk, but as anyone who has read the 1943 book, he shares no traits and Rand would find his words and actions reprehensible.

Snyder’s last directorial project “Justice League” had to bring in Joss Whedon to complete after the death of the filmmaker’s daughter.

“The Fountainhead” centers on the young architect Howard Roark, whose dream of constructing modernist buildings puts him in opposition with the architectural establishment. The project has been a passing fancy with other directors such as Michael Cimino (The Deerhunter) and Oliver Stone.

Three big names have already been thrown into the mix to play the controversial architect; Brad Pitt (who Oliver Stone envisioned also playing the role for him), Michael Shannon and Henry Cavill. Sadly Philip Seymour Hoffman is no longer with us as he would be the perfect Ellsworth Toohey.

Pitt was also lined up as a top name in 2004 when Rand’s other bestseller “Atlas Shrugged” was getting close to a green light to play John Galt with Angelina Jolie co-starring as Dagny Taggart. That project wound up being turned into a trilogy that would have made Rand even more upset than with how her Fountainhead turned out on the big screen. Pitt is also a big fan of Rand’s works so don’t be surprised if he winds up landing Howard Rourk.

Snyder has kept quiet on whether his “Fountainhead” will be a contemporary remake or in that same time period that Rand wrote the bestseller.