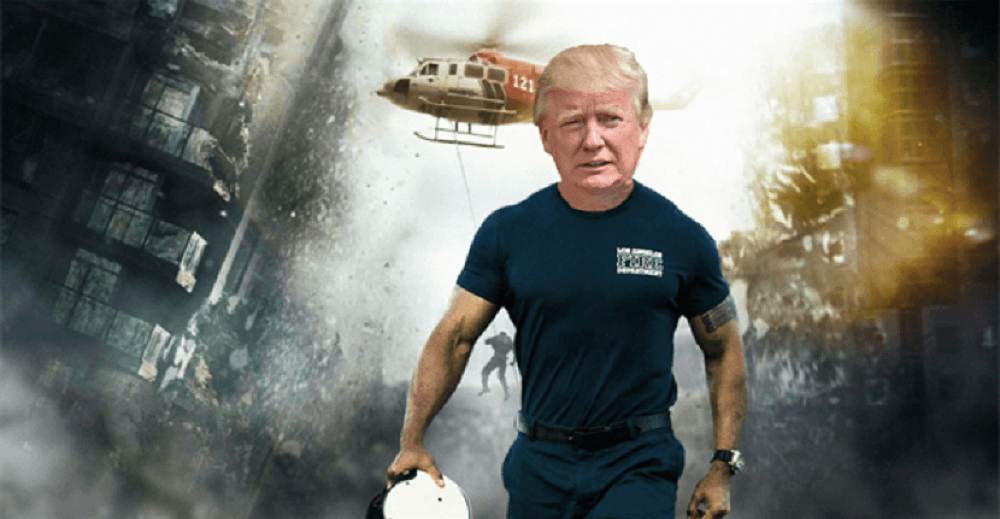 We’ve been hearing President-elect Donald Trump say that he’s the only one who can save America’s failing infrastructure for years, and in less than a week he’ll have his chance to finally prove it.

As a candidate, Donald Trump said he wanted to make America’s infrastructure great again. As president, he’ll have plenty of ways to get started in his new hometown.

The Arlington Memorial Bridge, Washington’s most recognizable span over the Potomac River, is in such bad shape that it will be closed to all vehicle traffic during Friday’s inauguration.

Hundreds of thousands will rely on the Metro subway to reach the Capitol and the National Mall, and they’ll get a firsthand look at a system that’s deteriorated significantly during the past eight years and has repair needs measured in the billions.

Even the Washington Monument is shut down because of a broken elevator. Visitors won’t be able to ride to the top again until at least 2019.

Political leaders in the region, mostly Democrats, say the city’s infrastructure mess presents an opportunity to Trump and Republicans in Congress to show they can govern and deliver on one of the new president’s touted campaign promises. But as Trump gets ready to take office, they’re not optimistic that he’s ready to follow through.

“It’ll be in his face. He’ll see the worn-out infrastructure right here where he lives,” said Eleanor Holmes Norton, a Democrat who’s the District of Columbia’s delegate in Congress. “But we don’t yet have, especially for the first 100 days, any indication that he wants to start off with a plan.”

Trump has promised to employ millions of workers to rebuild the nation’s highways, bridges, tunnels and airports and make them “second to none” in the process.

Nationwide, governments are short $1.4 trillion of the money needed to make necessary repairs to infrastructure – including drinking, wastewater and mass transit systems – through 2025, according to the American Society of Civil Engineers.

That’s the problem with the Arlington Memorial Bridge, which connects the Lincoln Memorial with Arlington National Cemetery and is arguably the region’s most pressing need. One of the five spans that bring vehicles across the Potomac River into traffic-choked Washington, it will be forced to close by 2021 without a reconstruction, expected to cost at least $250 million. The National Park Service won a $90 million federal grant last year to start the project, but is still looking for a way to come up the rest of the money. 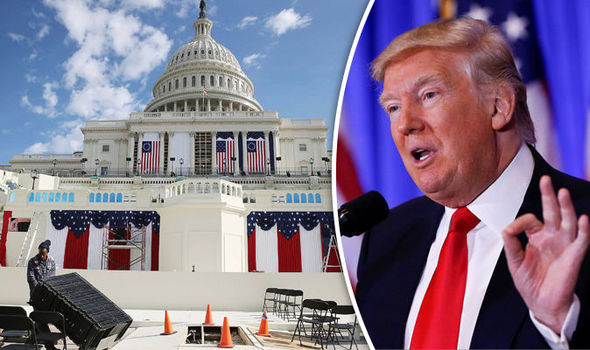 “It’s the absolute poster child for our crumbling infrastructure nationally,” said Rep. Don Beyer, a Democrat who represents the Virginia side of the bridge. “We’re allowing our national capital to crumble before our eyes and the eyes of the whole world. It’s pretty embarrassing.”

During the campaign, Trump positioned himself as capable of addressing the public works problem because of his business background. But his plans have been open-ended and short on specifics, and many Republicans in Congress are not eager to approve large-scale infrastructure spending.

A paper circulated after the election recommended using $137 billion in federal tax credits to generate $1 trillion in private-sector infrastructure investment over a decade. Such private investors are typically interested only in projects that create revenue, such as tolls. That solution isn’t practical with many infrastructure projects.

Said Beyer, “I do not want to make Arlington Memorial Bridge a toll bridge.”

Mayor Muriel Bowser said she hopes the inauguration will be “an opportunity to focus the incoming administration’s attention” on the 85-year-old bridge. Vehicles weighing 10 tons or more have been barred from using it since 2014, and during the inauguration, it will be closed to all but pedestrians.

Metro, the city’s beleaguered subway system, has handled past inaugurations smoothly. The system changes its schedule on Inauguration Day, opening earlier than usual and running trains at rush-hour levels throughout the day. Some downtown stations will be closed for security reasons.

But in 2009 – when 1.8 million people attended President Barack Obama‘s first inauguration – Metro was in much better shape. Since then, ridership has declined and service has become less reliable amid a series of calamities, including track fires, derailments and collisions.

Metro’s leaders say the system needs major new spending to reverse the decline. But elected officials in Maryland, Virginia and the city can’t agree on a regional tax to fund the system. Republicans in Congress have been hostile to the suggestion of more federal dollars, saying Metro’s problems result from poor management.

The Washington Monument is one thing that will get fixed regardless of whether Trump or Congress takes action. Billionaire philanthropist David Rubenstein came to the rescue of the monument with $3 million to fix the elevator, just as he paid for major repairs to the 555-foot obelisk after it was damaged in a 2011 earthquake.

Norton said going big on infrastructure could be a political win for Trump.

“He seems to understand, if you engage in building something, it tends to generate its own wealth,” Norton said. “And by wealth he means jobs, so it would be a perfect way for him to proceed.”