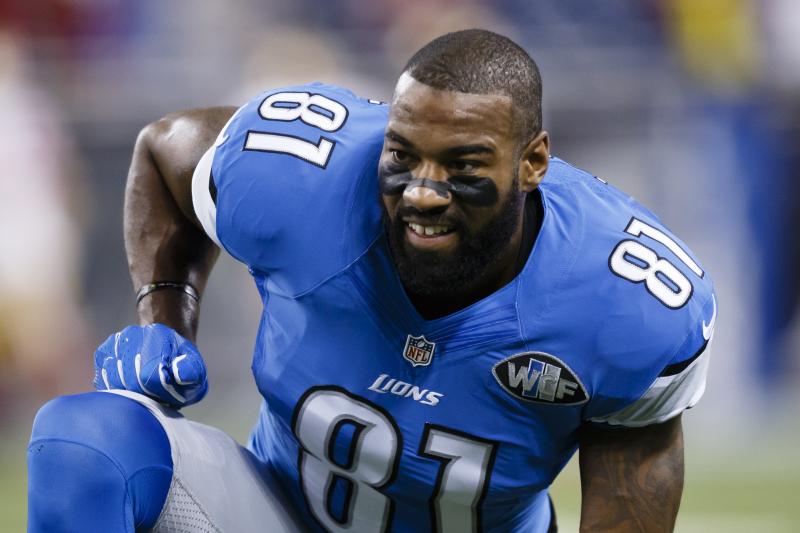 All football players dream of the chance to win a Super Bowl. Of course, very few will ever have a shot in the NFL, never mind bringing home a ring. Sadly, some of those NFL players have the misfortune of being drafted by the Detroit Lions. If you aren’t careful, your career might be over before it starts.

That’s what happened to superstar wide receiver Calvin Johnson. The man who was once being called the greatest receiver to ever set foot on artificial turf played his whole career for the Lions. While Johnson worked his ass off for his team, the Lions didn’t do much in terms of putting a solid base around him. They made the playoffs, sure, but they never went far.

Megatron couldn’t control where he was drafted, but he had the option to leave in free agency back in 2012. Unfortunately, Johnson signed away the rest of his NFL career, going all-in on Detroit with a seven-year, $132 million mega deal which made him the highest paid receiver in the NFL.

Was it worth it? Obviously not, as Johnson decided to retire at the end of the 2015 NFL season. Although his lucrative contract takes him through 2019 with the Lions, Johnson couldn’t take another year there.

“I didn’t see a chance for them to win a Super Bowl at the time,” said Johnson. “For the work I was putting in, it wasn’t worth my time, to keep on beating my head up against the wall, and not go anywhere. It’s the definition of insanity…That’s everybody’s goal, when they come to the league, is to win a Super Bowl. That’s the ultimate goal…I wanted to win it, and like I said, I just didn’t see that opportunity.”

Johnson learned the hard way that some teams (such as the Detroit Lions) aren’t overly eager to work with their players on moving before the contract is up.

“I mean, I thought about it,” said Johnson. “Just like in basketball, you know, guys, they create these super teams. But it’s not quite like that in football where I had the freedom just to go. I was stuck in my contract with Detroit, and they told me, they would not release my contract, so I would have to come back to them.”

Johnson isn’t the only player to be stuck with few options in Detroit: NFL legend Barry Sanders was unable to secure a trade out of Detroit before his early retirement. Johnson and Sanders have a lot in common in that way—both legends, at the top of the totem in their respective positions, forced into an early retirement in their primes due to the unwillingness of the Lions franchise to work together with them.

Johnson learned the hard way why teams in the NBA form these mega teams. Like them or not, the Golden State Warriors are the NBA champions. They win. You can hate on Kevin Durant all you want (and I do and will continue to), but like it or not (and I don’t like it at all), KD has a ring now.

Basketball players are starting to learn better. They’re starting to sign for shorter periods of time, agreeing to contracts laden with opt-out clauses. LeBron and Durant, for example, continuously sign short, lucrative deals, worth more and more each season as the NBA max continues to increase.

Of course, things are different in football. All the money isn’t guaranteed, and in order to pen a contract with a lot of guaranteed money, the team wants a commitment from you as well.

Sadly, that led to the loss of an all-time great talent.