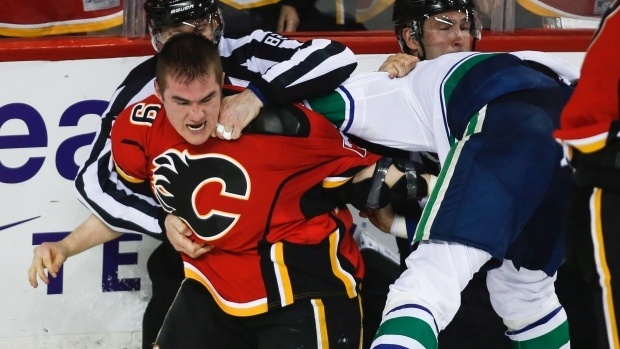 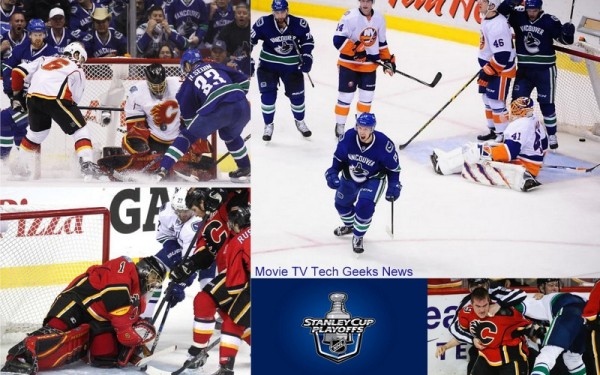 The Calgary Flames had a chance to eliminate the Vancouver Canucks on Thursday night and in many ways it felt as though they were poised to do just that. Calgary had already won a game in Vancouver in their first round 2015 NHL Stanley Cup playoffs series and the Flames held an early lead in game five. Furthermore Vancouver appeared quite hapless following well-documented playoff woes in recent seasons and, if they lost on Thursday, then no one would have been that surprised. 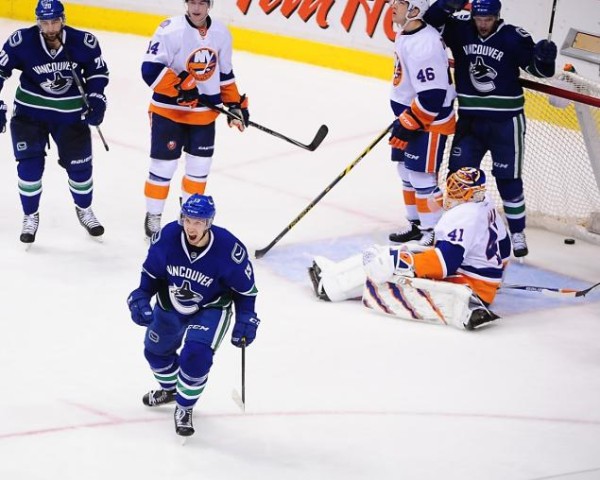 However the Canucks were not to be eliminated in game five as they overcame a one-goal deficit on Thursday. Nick Bonino scored in the second period for Vancouver and then Daniel Sedin tallied his second goal of the 2015 NHL playoffs. 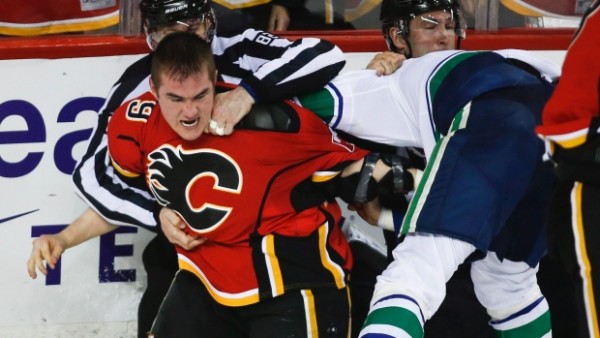 It’s telling and unflattering to a team’s skaters when a losing goaltender actually receives the top star of a particular game. Jonas Hiller, as far as NHL.com’s stars go, did just that after game five as he made 41 saves on 43 shots in a losing effort. Calgary’s skaters did not have much to offer in front of their netminder as they only took twenty shots, including just one on the power play for the whole night. 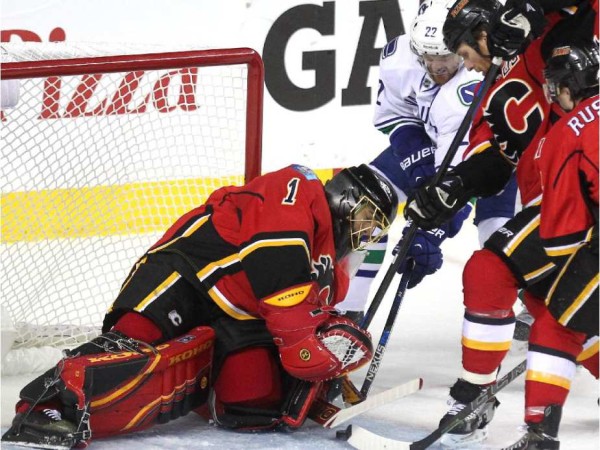 Much appears to hinge on Saturday night’s game six, a game that will come from Alberta. Calgary’s best opportunity to win the series is clearly to defend their home ice and they will only have one opportunity to do that. Should the Flames fail then Vancouver would head home with full confidence and they would easily become the favorites to advance to the second round.

Recent headlines regarding this series are focusing on comments made by Mikael Backlund, a center for the Flames. An NHL.com article written by Aaron Vickers quotes Backlund as stating that “there’s no way (the Flames are) going to lose” game six. Backlund further clarified his comments: while “there no way” that the Flames will lose his comment doesn’t “guarantee anything.”

There’s a contradiction there in my opinion but Vickers takes the comments to mean that “The guarantee isn’t there, but the confidence is.” In truth saying that “there’s no way” that your team is going to lose and then stating that you don’t guarantee a win might actually hint at a lack of confidence. It’s as though Backlund began to offer a guarantee and then backed off for some reason. 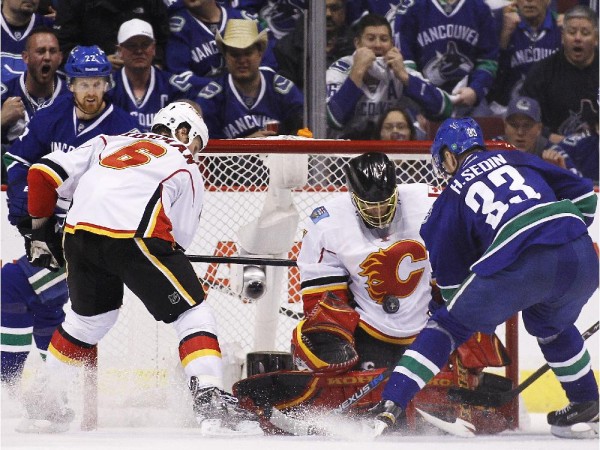 According to betting odds the Flames are not a guarantee at all. In fact they enter game six as very mild favorites, priced at -129 (about 10/13) with bet365. Those odds, which reflect general opinions on the upcoming match, suggest that the Flames have about a 56% chance of winning game six – roughly the chances of a pair holding up against two unsuited overcards in Texas Hold’em.

Personally I think that the Flames are slightly stronger favorites than that but there’s definitely a way Calgary could lose. It will all be settled on the ice on Saturday night, with a start time of 9pm ET.