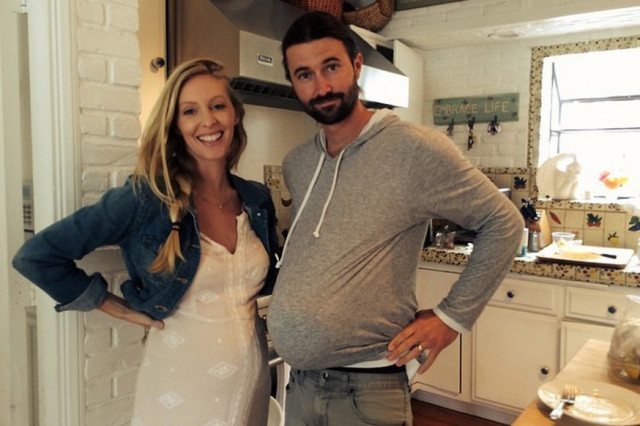 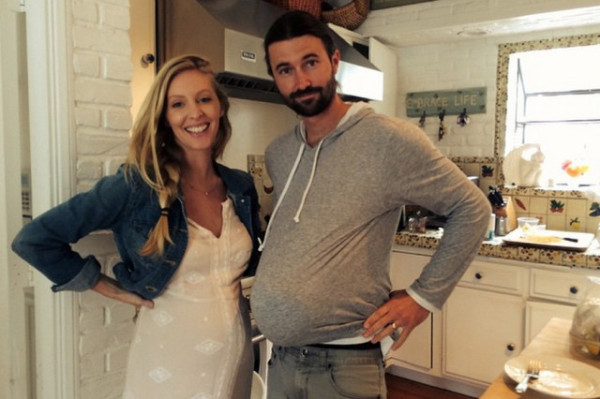 Leah Jenner took to her Instagram to share that she gave birth to her new baby on Wednesday. The singer, alongside her husband Brandon Jenner (Caitlyn Jenner’s son), welcomed their first child, who is a healthy baby girl.

In the announcement, Leah shared:

“On Wednesday, July 22nd I became a Mom. It has without a doubt been the most profoundly beautiful time in my life but also emotionally, spiritually and physically challenging too… and I am grateful for every second of it. Brandon and I are taking care of our healthy, little baby girl, Eva James Jenner.”

The couple has been relatively private about the pregnancy, although Leah has taken to Instagram to share her bump numerous times.

Surely the rest of the Jenner-Kardashian clan are excited to meet Eva and now the countdown is very much on for the birth of the next family baby – Kim and Kanye’s second child, who is due in a couple of months.

On Wednesday, July 22nd I became a Mom. It has without a doubt been the most profoundly beautiful time in my life but also emotionally and physically challenging too….and I am so grateful for every second of it. Brandon and I are taking care of our healthy, little baby girl, Eva James Jenner.🌹 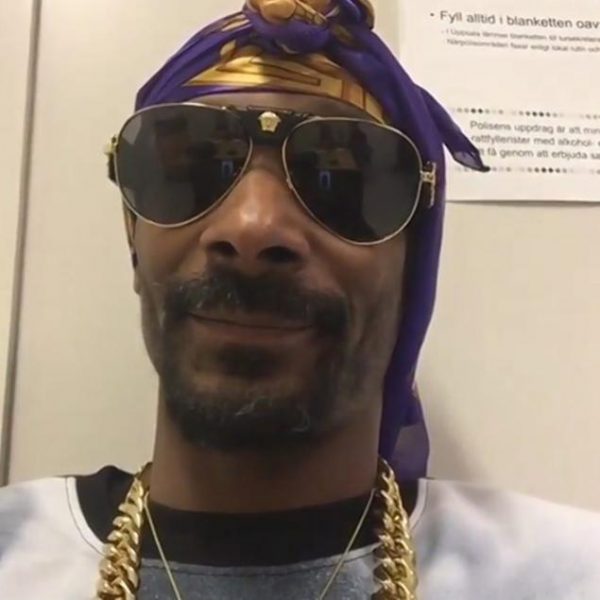 While in Sweden, rapper Snoop Dogg was arrested as officials had suspicion that he had been using illegal drugs.

The outspoken 43-year-old, who was detained on Saturday and shortly released after taking a number of drug and alcohol related tests by police, posted a series of Instagram videos where he rants about the Swedish police. 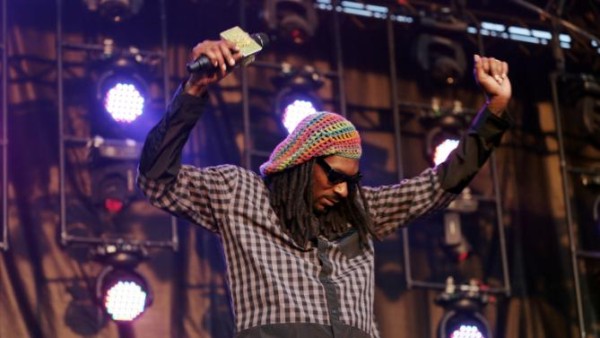 In one video the rapper repeats that the he and his crew are getting “sweated by the police,” as it seems that Swedish official in the video are trying to detain him.

Shortly after, the rapper posted a video from seemingly the back of a police car, saying:

“On my way to a police station in Sweden. Sorry about that, all the fans in Sweden. I’ll never be back to this country. Ya’ll can thank your police chief and all the people that run your police department. It’s been real. Thank you, but I’m gone.”

Snoop also added the caption “ftp” (F**k the police) to the video.

Daniel Nilsson, a spokesperson for the Swedish police, told The Local, a Swedish news outlet, that the police were in the midst of roadside controls when they saw Snoop Dogg’s car pulled over, and the rapper “seemed to be under the influence of narcotics.”

He went on to explain that the rapper “was arrested and taken to the police station to take a urine test. The incident lasted several minutes. Once the test was carried out, [Snoop Dogg] left.”

However, the official results of the tests have not been revealed and therefore it is unclear whether the suspicions of Snoop Dogg being under the influence were confirmed or not. Although it would not be surprising as marijuana extracts are classified as illegal narcotics in Sweden. Therefore, it doesn’t seem that big of a stretch that the rapper, who is known for his public adoration for marijuana, to have been under the influence or have the drug in his possession.

After the detainment, Snoop posted a couple more videos claiming the incident was due to “racial [profiling]” and that the Swedish police didn’t “find s—t” in his test samples. In typical Snoop Dogg-fashion, the rapper concluded the commentary with “F—k the police. And I’m still smoking.”

On my mamas im sick and tired of the pigs. N America n these countries that jus don't respect us fuck that new me new u u do we do 2 💥💥💥💥🔫

Message to my fans n fam !!