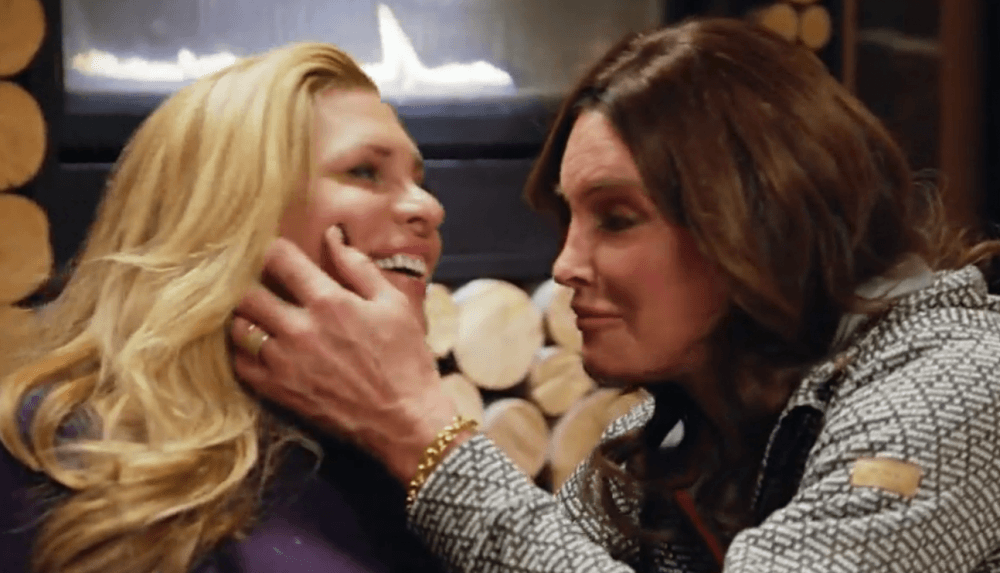 The second season of I Am Cait wrapped up this week with its 8th episode, titled “Houston, We Have A Problem.” In it, Caitlyn and her crew decide to public demonstrate their solidarity with the LGBT while in Houston. In addition, Caitlyn’s youngest transgender friend Ella tries to mend her relationship with her father, which has been strained since she announced her transition.

The episode opens up with Caitlyn, her friends and her ex Kris Jenner having a dinner at Caitlyn’s house. Caitlyn presents her ex with a “girl’s night bracelet,” while playfully proclaiming that Kris has officially earned a spot amongst the group. Evidently Kris and Caitlyn’s relationship has come a long ways from what it was last season – or even earlier in this season for that matter.

Next, Caitlyn, Candis and Ella go to lunch with Ella’s father, Peter. During their meet-up, Peter seems very accepting, and he talks about how thankful he is for Caitlyn, as she has opened up so many doors for Ella and others in the trans community. In contrast, Ella admits in confessional that it was “hard” for her to watch him talk so positively with Caitlyn and Candis, as he expressed very different sentiment towards her decision to transition in the past. After the meeting, Caitlyn tells Ella how perfect she thinks her dad is. This prompts Ella to clarify that he has not always been so open-armed. In fact, Ella had almost gotten herself emancipated due to the lack of acceptance she felt from him.

The ladies then proceed to go on a ski trip at Mammoth Mountain in California. Unsurprisingly, Caitlyn shows off her athletic abilities as she skis around like a total pro. After some skiing, the group all goes for dinner at the ski lodge. 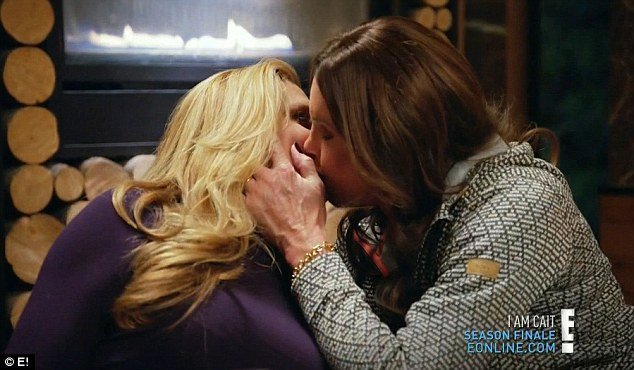 During dinner, Ella dares Candis and Caitlyn to kiss and promises she will sing if they do (which they were previously begging her to do). While Candis kind of ignores the dare, Caitlyn dives right in and ends up sharing an unexpectedly passionate kiss with Candis. In confessional, Caitlyn laughs as she reveals that kissing Candis was the most “action [she’s] gotten in the last two and a half years.”

The next day, Jenny talks with the group about a recent movement headed by the Republicans in Houston that is going against the LGBT – especially the trans community. She goes on to explain how “The Hero Act,” which was aimed provide equality to all, was repealed because a group of Republicans and Ministers lead a campaign that claimed it allowed “sick men in women’s bathrooms” simply because they “claimed to be a woman.”

Later on, Ella, Jenny and Candis decide to confront Caitlyn about a recent statement she made in the press. Caitlyn had told a publication that “if you look like a man in a dress, it makes other people uncomfortable,” which she didn’t believe to be offensive. However, the other women explain that it validates the scare tactics that people continue to use against their community. Jenny tells her, “People have to know that you’re fighting for everyone, not just the pretty ones.”

With all that was going on politically in Houston at the time, the group once again tries to get Caitlyn to understand how the Republicans are affecting the LGBT. Jenny tells her that “The Hero Act” was repealed mainly because of the Republicans, in which Caitlyn flat out denies. Caitlyn goes on to exclaim that they can’t be sure of what political party the people involved with repealing the act are actually part of. In confessional Jenny explains that she feels Cait has a “disconnect,” as she refuses to believe that the political party she has supported her whole life is capable of going against the community she is now a part of. Eventually, the women get through to Caitlyn, as she declares that they are heading to Houston to try and do something about the recent setback.

Before going to Houston, Ella once again meets up with her father – except this time she does it alone. Ella bluntly tells her father how terrifying it was for her to come out to him. At first, he gets defensive, but he eventually acknowledges the pain she suffered because of him and apologizes. He goes on to explain that he too is “blossoming like a flower,” as he becomes more understanding and accepting of others. 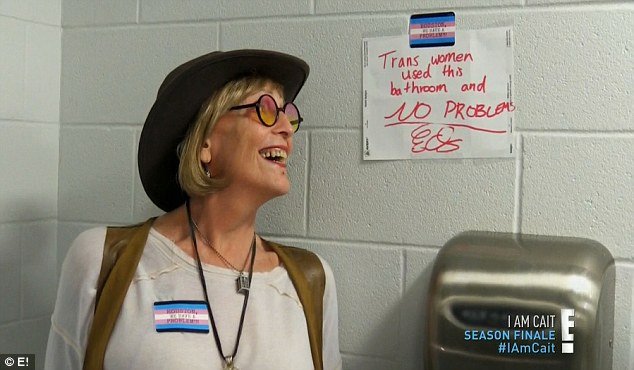 Finally, the ladies all head out on a bus to Houston. They decide their first course of action will be to use as many women’s restrooms in Texas as possible so that they can leave notes stating that trans women had been there, and nothing bad happened.

Next, the ladies meet up in their hotel and proceed to call one of the pastors who led the campaign to get “The Hero Act” repealed. The pastor’s secretary ends up answering the phone but immediately hangs up as soon as Caitlyn Jenner introduces herself on the other end. This inspires Caitlyn to lead the group to the church in which the pastor would be delivering a service later that evening. Jenny explains that she believes it will be particularly effective to talk face-to-face with the pastor, as he will be able to see that they are good people and not some creeps looking to prey upon people in the women washrooms (which is what the pastor’s campaign painted them out to be).

Unfortunately, the show’s cameras were not allowed to film in the church. However, Caitlyn did manage to speak one-on-one with the minister and got to express how offensive the campaign was to both her and the rest of the trans community. Despite the fact that a lot of the fellow churchgoers were people who voted to have “The Hero Act” appealed, Caitlyn garnered a lot of attention and was asked for photos on countless occasions.

After their impromptu visit to the church, the ladies head out for dinner. Here, Kate makes a big speech about the growth she has seen in Caitlyn over the past few months. She ensures to emphasize how Caitlyn is finally listening to others, which is definitely something she struggled to do earlier on. Ella gets emotional, as she tells the women that they have allowed her to finally feel normal. Lastly, Caitlyn ends things off by expressing the comfort she feels knowing that she has a strong group of friends who will always have her back.

And that’s it for season 2 of I Am Cait – we will have to see if there is a season 3 in the future for Caitlyn and her crew. Stay tuned till then. The ratings each week have always been in decline, but it’s definitely one of the better reality shows out there that’s educating us while definitely entertaining us too.

Be sure to check out the season 12 premiere of Keeping Up With The Kardashians when it airs next Sunday, May 1 on E! (Or at least come back to the site to read the recap!)