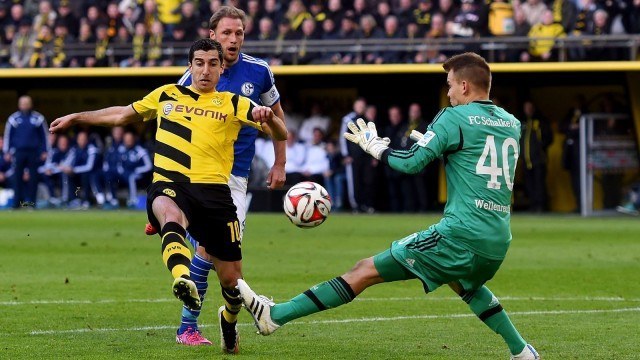 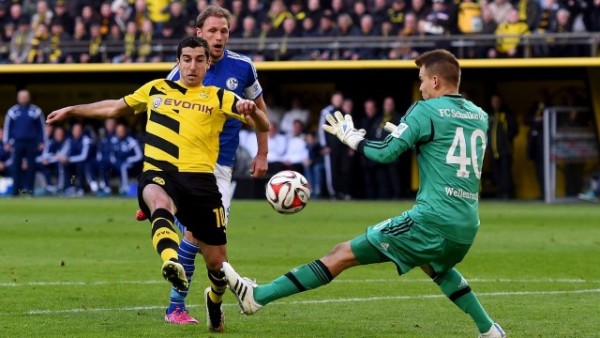 Borussia Dortmund succumbed to their second league defeat of the season as their bogey team, Hamburger, defeated them 3-1 at the Nordbank Arena on Friday. Pierre-Michel Lasogga put the hosts ahead in the 19th minute when he converted from the spot kick. Lewis Holtby doubled their lead four minutes from half-time, and an own goal from Mats Hummels heaped further misery on the Black and Yellows. Pierre-Emerick Aubameyang scored a late consolation goal for the Rhine outfit, but a loss of three points has meant that they have ceded further ground in their quest to catch Bayern Munich and now trail the reigning German champions by a whopping eight points after the conclusion of the first 13 rounds of games.

Borussia Monchengladbach have continued their great form under the stewardship of Andre Schubert as they registered a 2-1 win over Hannover on Saturday at Borussia Park to occupy the fifth spot in the league standings with a tally of 22 points. They started the season on a miserable note and lost their first five league games that led to the resignation of then manager Lucien Favre. Schubert took charge on an interim basis and has since been given the job on a permanent deal.

Former Manchester United and Real Madrid forward Javier Hernandez struck twice, and Hakan Calhanoglu added one goal of his own for the cause of Champions League hopefuls Bayer Leverkusen as they defeated Eintracht Frankfurt 3-1 on Saturday evening. The win moved Roger Schmidt’s side to the sixth spot in the league table while Frankfurt sits 12th.

Mainz and 1. FC Koln played out a scoreless draw while Wolfsburg gave Werder Bremen a 6-0 hammering at the Volkswagen Arena. Max Kruse grabbed a brace for the Wolves, and Vieirinha, Bas Dost as well as Josuha Guilavogui got in on the act the hosts. An own goal from Alejandro Galvez had started the game in a terrible way for the visitors as their night proved to be a long one.

In another high scoring fixture, Augsburg thrashed Stuttgart 4-0 at the Gottlieb-Daimler Stadium. The win allowed Augsburg to leave the foot of the table and move to the 17th spot while Stuttgart are just a point better off than Augsburg and are 16th.

Bayern Munich were given a tough outing by Schalke at the Veltins-Arena but eventually came out 3-1 winners to stretch their lead at the top of the Bundesliga table to eight points over Borussia Dortmund. A Leon Groetzka own goal had put the visitors ahead, but Max Meyer brought the scores level in the 17th minute. The scores remained tied until the last 20 minutes of the game until Javi Martinez scored in the 69th minute and Thomas Muller sealed the three points with a strike in the stoppage time.

Hertha Berlin won 1-0 over Hoffenheim at the Olympic Stadium on Sunday. The defeat sees Hoffenheim rock-bottom as they attempt to stretch their stay in the German top flight. In a clash between newly-promoted sides, Ingolstadt defeated Darmstadt 3-1.