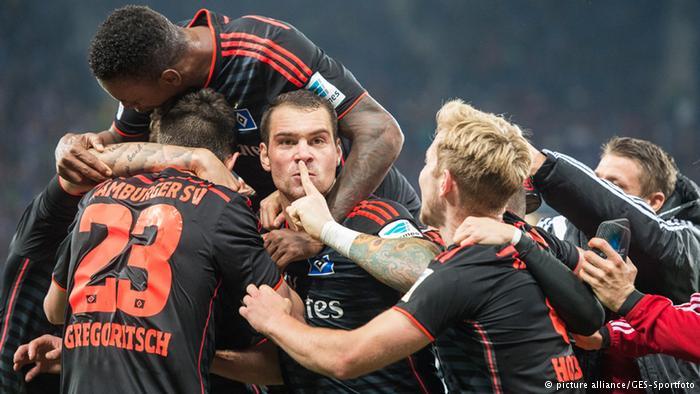 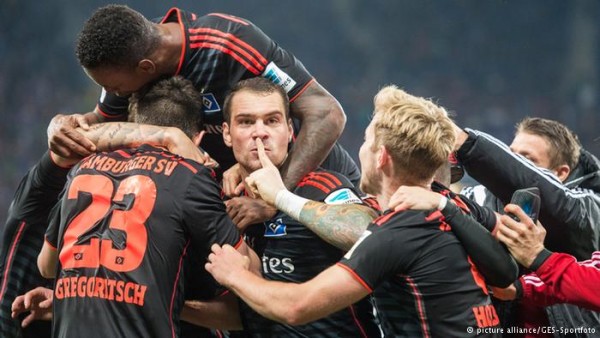 Hamburger defeated Hoffenheim 1-0 courtesy of a late strike from Pierre-Michel Lasogga at the Rhein-Neckar Arena to help his side grab all three points from the encounter. The win moved Hamburger to tenth in the league standings while Hoffenheim are struggling in 17th.

After a 4-4 draw in a Champions League encounter against Roma in the midweek, Bayer Leverkusen went on to play another high scoring nail biter against VfB Stuttgart in a match that ended in a 4-3 win for Roger Schmidt’s men. Leverkusen are now sixth in the league standings as they attempt to stay in the hunt for a Champions League spot come the season’s end.

Arjen Robben, Arturo Vidal, Robert Lewandowski and Thomas Muller were all on the scoresheet for Bayern Munich as they hammered 1. FC Koln 4-0 at the Allianz Arena on Sunday. The win was tenth in succession for the Bavarians and they remain odds-on favourites to win their fourth successive league title. Second-placed Borussia Dortmund are a good seven points behind the reigning Bundesliga champions and the chasing pack increasingly look out of pace with the league leaders.

This weekend, Pep Guardiola’s side welcomed back Arjen Robben after his lengthy recovery from injury and he showed no lack of diminishing quality while putting his side ahead in the 35th minute. The Bavarians are still without Franck Ribery and his return to the first team is likely to add even more firepower to an irresistible Bayern Munich line-up that looks on course to be a strong contender not just for domestic dominance but also for the Champions League. Although they suffered a minor blip in Europe in the midweek as they lost 2-0 to Arsenal at the Emirates Stadium.

Marc Stendera grabbed a brace for Eintracht Frankfurt to help them to a 2-1 win over Hannover. The win moved Frankfurt to 12th in the table while Hannover are now 15th.

Werder Bremen ran 3-1 winners over Mainz on Sunday and with the three points moved to 14th in the table. It was only their third victory in the league and they will hope to build on it in their upcoming games.

Daniel Caligiuri struck 12 minutes from the full-time whistle to help Wolfsburg to a narrow 1-0 win over Darmstadt to remain among the Champions League spots in fourth.

Pierre-Emerick Aubameyang continued his phenomenal goalscoring form and grabbed a hat-trick for Borussia Dortmund in a 5-1 win for the Black and Yellows over Augsburg. Marco Reus grabbed a brace to heap misery on the visitors. Thomas Tuchel’s side will hope that Bayern Munich does slip in some of their games and give them a chance to capitalise.

Borussia Monchengladbach have continued their remarkable turnaround after the resignation of Lucien Favre and registered their fifth successive league win. The Foals have now moved to seventh in the table after a treacherous start to their campaign.