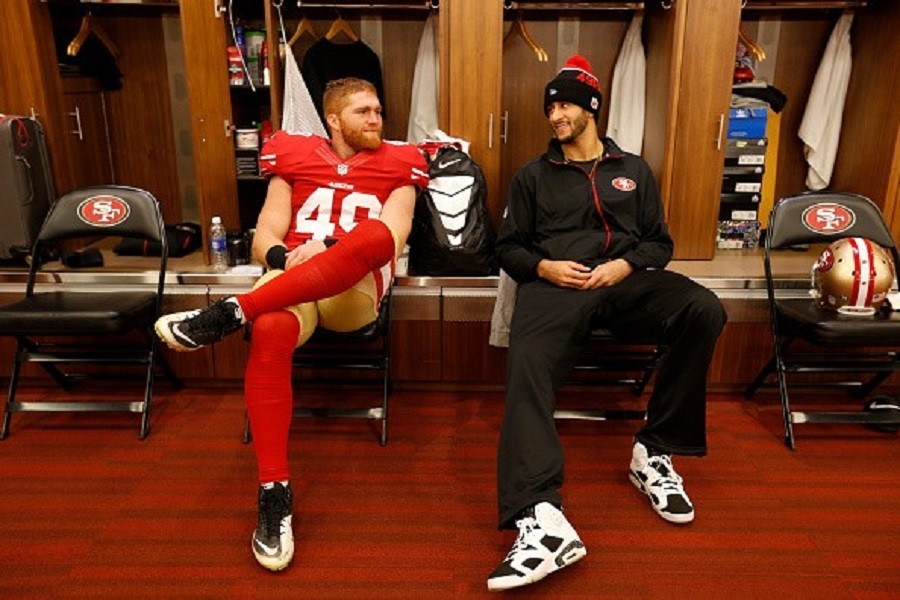 Things haven’t been pretty for the San Francisco 49ers since Colin Kaepernick took a stand during the National Anthem.

First, there was the national outrage over the whole situation. Sure, that was more directed at Kaepernick, but it still wasn’t good publicity for the team. They did their best to stay out of it, but when the “face” of your franchise does something frowned upon, it never ends well.

The worst part is, Kaepernick made the final roster, and so the now we have to hear about it all season. Of course, if they cut him people would say that the team punished him for taking a stand—those people don’t understand that the Niners shouldn’t have to pay the backup quarterback $20 million a season.

“I’m already hearing it this week that next week on Monday Night Football, some officers are not going to work,” said President of the Santa Clara Police Officers Association Frank Saunders. “The 49ers are allowing this to come out from an employee, and it’s making for a hostile work environment for us at the stadium.”

So yeah, the 49ers are feeling the heat off the field as they approach a tough opening schedule that includes the Carolina Panthers, Seattle Seahawks, and Arizona Cardinals. Even the Los Angeles Rams and Dallas Cowboys could prove tough for the Niners as they try to put this whole mess behind them. 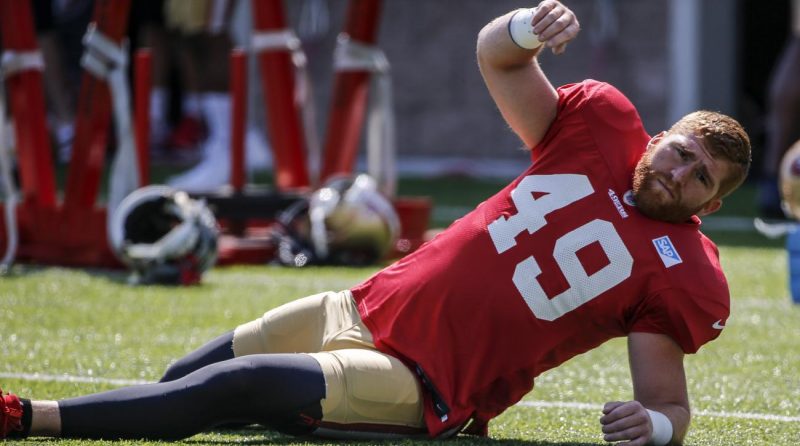 Ready to add insult to injury? The 49ers cut Bruce Miller after he was arrested for assault. Allegedly, upon attempting to check into a hotel Sunday night, Miller was told that all the rooms were full. So, he did the only logical thing to do in such a situation: he knocked on the door to a random room, and when the guest told him he had the wrong number, Miller punched the man’s 70-year-old father in the face, breaking multiple bones.

Miller has also been arrested for domestic violence (which was changed to disturbing the peace), so we can’t blame this one on Kaep too—Miller’s always been a complete ass.