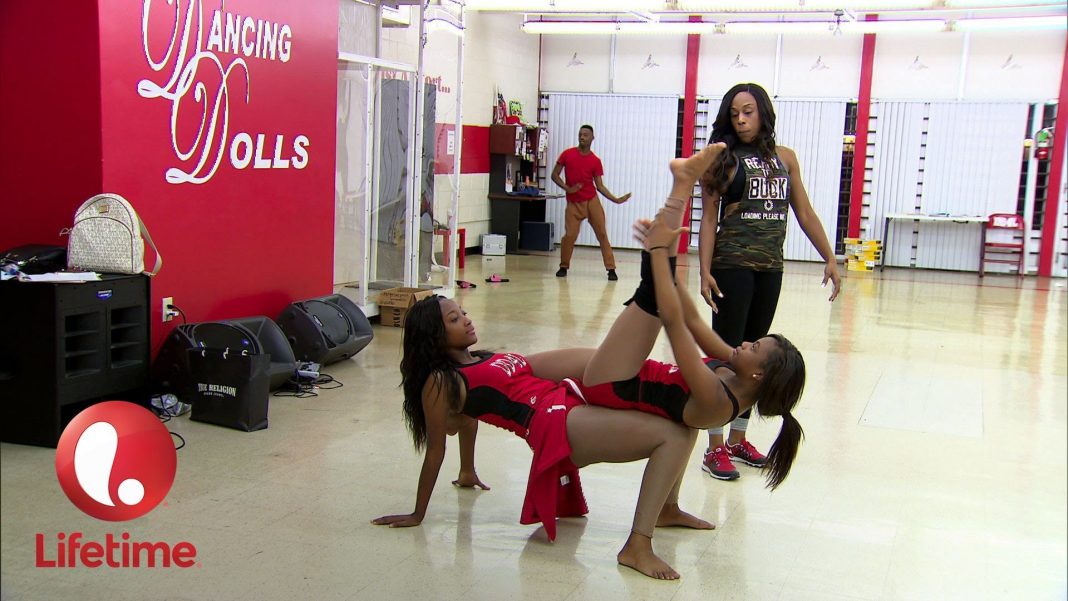 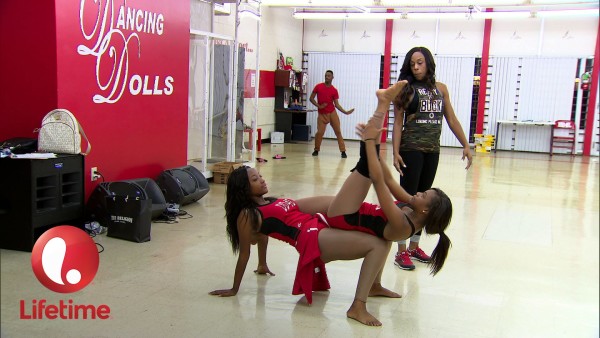 The parents of DDP stand up to Dianna this week on Bring It! Well, kind of.

Rittany nearly loses her mind when she finds out that the Dancing Dolls are performing in another parade this week at Jackson State’s homecoming. If you remember the last episode, the girls did four different performances in one weekend, and everyone was exhausted.

In the parent’s lounge, while the other moms feel that they are doing too much again this week, only Rittany is willing to stand up and say something. Her primary concern is that Crystianna continues to wear her knee and needs a break. On top of that, Rittany doesn’t have the energy to walk the parade for two or three miles, so she decides that she’s not going. So what does she do? She interrupts Dianna’s practice to speak to her. Ms. Dee follows her into the lounge, and none of the other parents speak up about how they feel. In fact, they leave Rittany to fend for herself. She does, telling Dianna that she has no plans of going to the parade. Dianna tells her that if she doesn’t show up, Crystianna doesn’t lead the parade nor does stand battle. With everything that has been going on with her niece’s knee, Rittany is okay with that.

Back in practice, the girls get ready for stand battle. They are also competing in the trio category along with their big rivals this week the Infamous Dancerettes (ID) of Memphis. Dianna and John, their coach, used to be friends, but during their “run in” later in the episode, it’s hard to believe they ever got along.

Dianna has tryouts for the trio and guess who competes for a spot- Faith. It’s just so interesting to me that since this season started, she has been in the running for just about every solo, with her being new to the team and all. Faith doesn’t make the cut, but instead, the three spots go to the usuals- Camryn, Crystianna, and Janae. That doesn’t stop Dana from asking Dianna if she will consider Faith if Rittany doesn’t show up at the parade. Dianna flatly tells her “no” because her daughter is not ready and doesn’t bring enough power in her dancing.

As they get closer to the parade and competition, Tina and Mimi have a sit down with Rittany, being that they have been on the team the longest. They tell her that she is wrong for keeping Crystianna from dancing just because she doesn’t feel like attending or is trying to make some kind of stand. In their view, what she is doing affects the whole team. As they finish their “pep talk,” Dianna walks in and asks Rittany what she plans to do. She tells her that after speaking to Tina and Mimi, she has decided to be a team player.

At the parade, the girls look great, but Rittany’s concerns about Crystianna’s knee prove valid, as she cannot walk the entire course. Crystianna is not happy when her aunt and Miss Dee pull her from the line. They walk her to a van where she cries silently. Rittany is upset with herself for giving into peer pressure. Now, the concern is can Crystianna dance in the competition the next day.

Let’s talk about the competition. I have to admit that John and ID are probably the best-looking team outside of DD this season thus far. They are the only one, in my view, that matches the Dancing Dolls level of performance and “wow” factor.

On the day of competition, as per usual, Dianna comes into contact with John and what he says to her comes off as an attack. He exclaims that the only reason DD won over ID at Summer Slam is because of their hip hop routine. Dianna does not like his tone nor his insinuation, and she goes off on him. They have a yelling match of sorts, and he walks away cursing.

But what the coaches do behind the scenes doesn’t matter because it’s all about what happens on the floor. The first category is trio and the Baby Dolls of DD look absolutely adorable. The judges really perk when they see them as well. As for the trio DD dancers, Dianna can see that Crystianna is having knee issues and hopes that the judges do not see her struggling.

In stand battle, ID and DD face each other in the final round, and both teams bring their A game. ID gives them a run for their money, but in the last stand, Dianna brings out her secret weapon, a male majorette, and he kills it!

In the end, he proves to be the icing on the cake as DD comes in first place in stand battle. And while they receive second place in trio, we all know the category that really matters.

Next week, the girls face one of their biggest challenges yet- dancing in the dark. Now that’s going to be interesting.