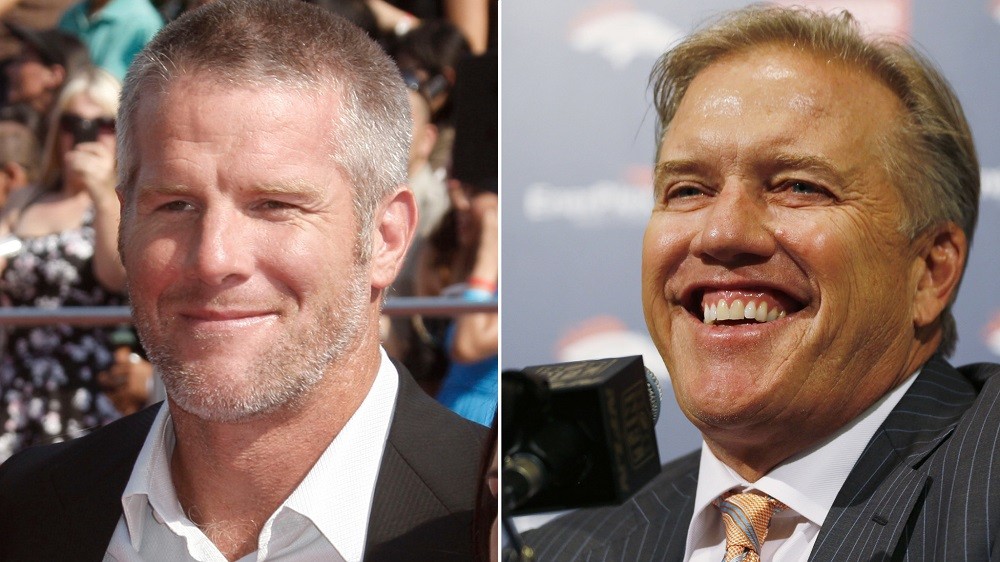 Brett Favre has dominated the football news this weekend, but it’s another Hall of Fame quarterback who should be getting more attention by the name of John Elway.

While the mainstream sports media has slobbered all over Favre’s Hall of Fame celebration like John Madden salivating over a pizza, John Elway has been grinding away. Brett Favre may be the darling of talking heads and body repairing copper products, but John Elway is busy staying the baddest GM in the NFL.

Not only was Elway multiple times better as a quarterback than the nomadic, retirement / unretirement-happy Favre, but Elway has also dominated the NFL even after hanging up his helmet.

The article shows Denver has tied the Patriots for most division titles (five), playoff berths (five), Super Bowl appearances (two) and Super Bowl titles (one) since 2011, Elway’s rookie year in the front office.

Not many NFL players can say they had the run that Elway had when he was doing damage on the field. Even fewer can boast the same success once they moved into a management role. Winning in the NFL is not easy. Not as a player. And as a part of management, it’s even harder to create a winning franchise.

Elway has indeed made lemons into lemonade in his time running the show from on high in Denver.

He took a losing team and turned them around with a less than ideal passer, but a great leader, in Tim Tebow. He then seized the opportunity by the throat and shed Tebow as soon as he had a shot at Peyton Manning.

That turned Elway’s Broncos into an offensive juggernaut that looked like a threat to win a Super Bowl at any moment.

We all know that didn’t work out so quickly, thanks to a late game hail mary by Baltimore in the playoffs of the 2012 season. Then Seattle crushed Denver’s hopes once Elway’s crew actually advanced to the Super Bowl the next season.

Not many GMs would have shifted their focus, even after it was clear that a #1 offense may not be the best way to win a Super Bowl ring. Yet, Elway wasn’t satisfied with just being in contention for a world title.

So he began to mold a defense that could do to opposing quarterbacks what was done to Peyton Manning in so many big games. And honestly, one that could do what had been done to Elway himself in three Super Bowls.

Elway’s ability to adapt made him one of the best players in NFL history. That trait also leads him to shape a team able to overcome Manning falling apart physically, becoming a game manager at best.

The result was another Super Bowl trophy for the city of Denver.

Not a million dollars worth of elbow braces or razor sales like ol’ #4 boasts, but not too shabby.

Even broadcasters in love with the way Brett Favre played, have to admit that Elway was just as much fun to watch on the field. The former Broncos star was a better passer, athlete, and leader. If the NFL Hall of Fame only allowed three quarterbacks in, you can bet John Elway would be one.

Good thing for Favre and his fanboys that the HOF is not so restrictive.