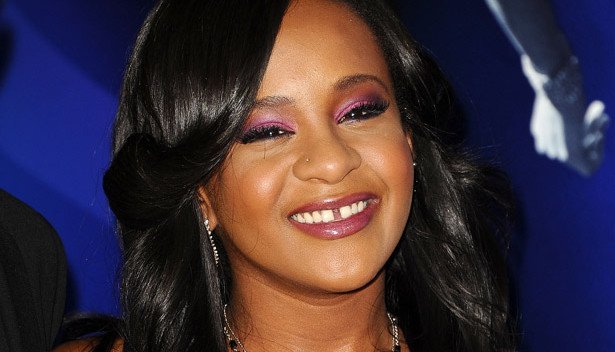 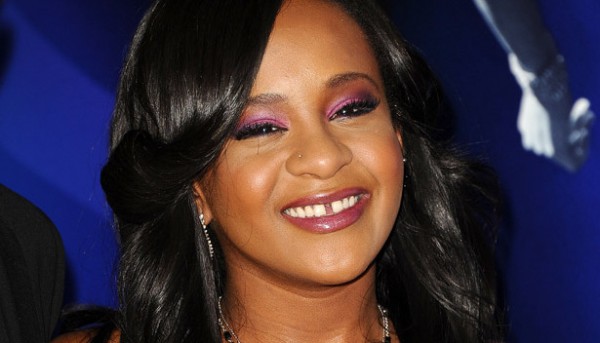 Reports have come in today that Bobbi Kristina Brown, daughter of the late Whitney Houston, was found unresponsive in a bathtub in her Roswell, GA home earlier today. She is also the daughter of R&B singer Bobby Brown.

Her husband Nick Gordon and a friend found her and immediately started CPR. They called 911 and continued the CPR until help arrived. Rescue personnel reached the home at 10:25 and performed “life-saving measures” on Brown, who is only 21 years old, and was able to revive her. She was taken to North Fulton Hospital.

This is a very sad situation for a number of reasons. We all know and love Whitney Houston. She is a staple of so many of our childhoods and just lives period. Her voice was a shining star in this world but was brought down too soon due to an addition to drugs that plagued her most of her adult life. Whitney died on February 11, 2012 and was found in the bathtub of a hotel room in Los Angeles by Ray J on the eve of the Grammys.

People have speculated as to the reasons for her early demise and a lot of her family and friends blame ex-husband Bobby Brown for her trouble. But with the recent airing of Lifetime’s unauthorized biopic, Whitney, it paints a totally different story. One that claims Whitney was the one who got Bobby hooked on crack. How true that is, I don’t know, but it was interesting nonetheless the way they framed it. 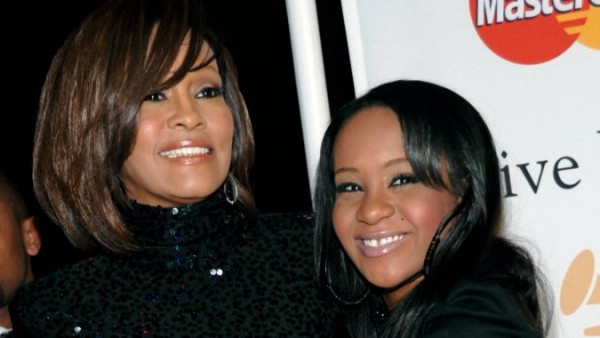 And it is that movie that could have added to the stress and pain Bobbi Kristina feels. The loss of her mother, the estrangement of her father, the weight of the whole world is a lot to deal with. Rumor has it too that she was wanted to play the part of Whitney in the movie but executive producer and director Angela Bassett turned her down. There has also been a lot of drama with her family because they did not approve of the movie and have spoken out against it without apology. Her aunt and the executor of Whitney’s estate, Pat Houston, released a statement blasting the movie and claimed that she, Cissy Houston (Whitney’s mother) nor Bobbi Kristina where consulted.

That is interesting to me because why would a movie be made without talking to any of the family? They used her songs in the movie, although they were sung by Deborah Cox who sang the hell out of every one of them. Whether or not it is true is also up for debate I suppose. All I know is that it was a lot better than that wack ass, sorry ass, dumb ass Aaliyah movie Wendy Williams was behind.

The incident with Bobbie Kristina is still under investigation and it comes less than two weeks before the three year marking of Whitney’s departure. The young Brown has not been silent about how her sorrow with the anniversary of her mother’s death approaching. On January 26th, she posted on Twitter:

Bobbie Kristina has had her own bouts with drugs as well and this was before she was even old enough to drink. Last July, pictures surfaced of her doing drugs which she later denied. The caption along with it was heartfelt to say the least.

“…Do you know what I feel? I feel strange that I can’t feel any pain anymore…”

She claimed that the picture was not recent, but the fact that it was taken, posted and captioned the way it was speaks volumes to her mental and emotional state at the time and even now.

The whole situation is just heartbreaking because when you look at her, you can see that she is not in a good place. You can see that she needs help and that she misses her mom. Bobbi Kristina is crying out and I don’t doubt that there are people around her to give her the guidance she needs. But she is probably so hurt and so numb that nothing anyone says to her will help her because she is not in a place to receive it. What she needs more than anything right now is her mother and that is the one person that cannot help her.

I am sure the whole world breathed a sigh of relief when it was reported that she is breathing again. To think that she almost suffered the same fate as her mother, dying in a bathtub, is disheartening to say the least. She is a beautiful girl how can do so much for her life and the world if she can only get over the hurt of losing her mother and whatever else she is facing.

In her short years on this earth, she has experienced more than people double her age. And it is that darkness, that pain, that turmoil that has led her to the place she is today. Was she really trying to take her life? We will not know unless or until she tells us.