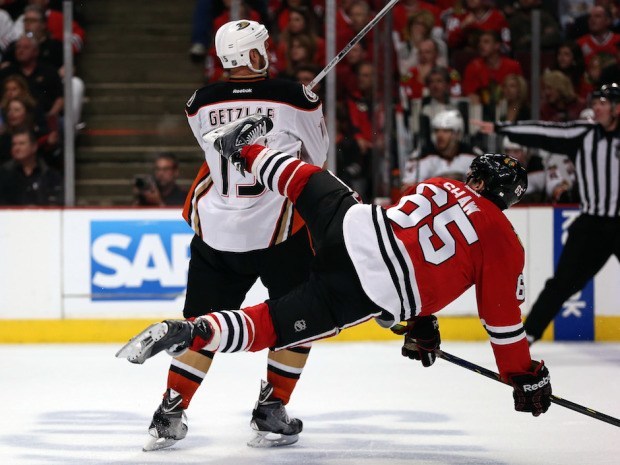 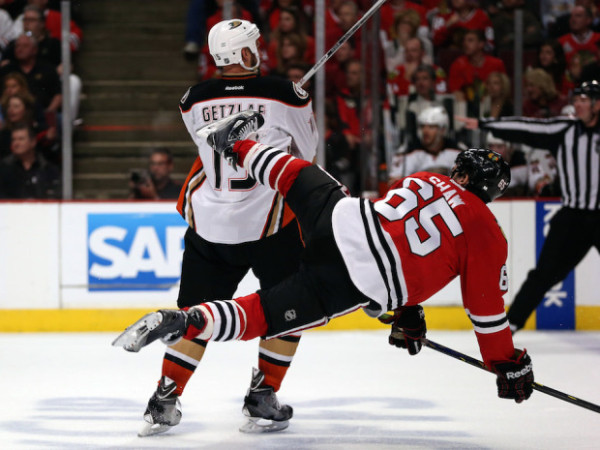 Odds are high that the Anaheim Ducks will be taking on the Tampa Bay Lightning, but the Chicago Blackhawks proved that they’re going to go down fighting before allowing that to happen. This game was incredible and what hockey’s all about!

The Chicago Blackhawks earned a dramatic double-overtime win against the Anaheim Ducks Saturday night from the United Center 5-4 to tie the NHL’s Western Conference Final series at 2-2.

Brandon Saad scored a shorthanded goal on a breakaway with less than a minute left in the first period to give the Blackhawks a 1-0 lead going into intermission.

A goal by Anaheim’s Kyle Palmieri late in the second period evened the score 1-1.

Blackhawks captain Jonathan Toews broke the tie early in the third period. Toews wristed a shot past Anaheim goalie Frederik Andersen after patiently waiting for Andersen to make the first move. After Andersen went low, Toews shot it above his glove to give Chicago a 2-1 lead.

Brent Seabrook followed with a goal of his own a few minutes later, making the score 3-1. 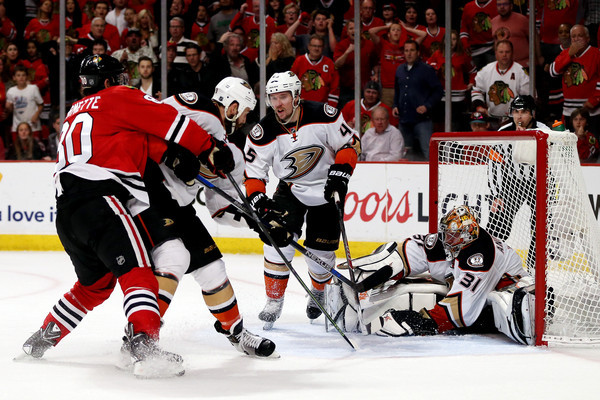 Seabrook’s goal at first felt like all the insurance Chicago would need. But Anaheim came storming back, first on a goal by Ryan Kesler to narrow the score to 3-2 Blackhawks midway through the third period. Seconds later Matt Beleskey scored for the Ducks, tying the score 3-3 and stunning the United Center crowd.

But the Ducks weren’t done there. Seconds after Beleskey tied it, Corey Perry scored to give Anaheim a 4-3 lead. It was the third goal in 37 seconds for the Ducks, the second-fastest three goals in NHL playoff history.

A few minutes later, the Blackhawks got a power play with 7:37 remaining in the third, and Patrick Kane scored within seconds of the man advantage to tie the game 4-4 and ignite the Chicago crowd with a little more than seven minutes remaining.

Both teams exchanged great chances in the first overtime, including a breakaway by the Blackhawks’ Patrick Sharp, but neither could bury it past the opponent’s goalie.

But the winner finally came in the second overtime, when Antoine Vermette scored for the Blackhawks to give Chicago the 5-4 double-overtime victory.

Game 5 from Anaheim will begin Monday at 8 p.m. central.