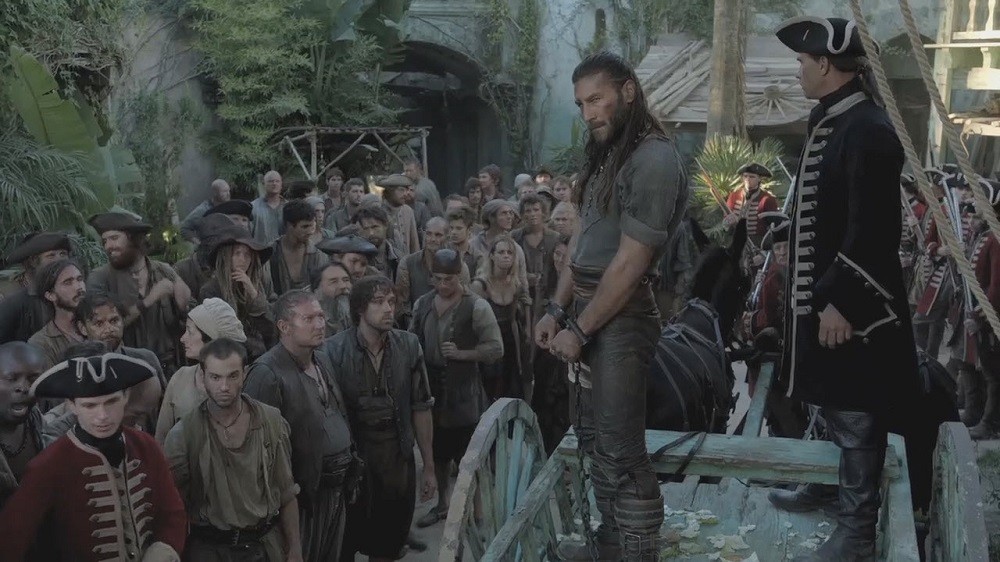 Starz ‘Black Sails’ Season 3 Blu-ray DVD box set is about to hit on Nov 8, so there’s plenty to check out in the latest feature showing Zack McGowan, who plays Charles Vane and Tom Hopper (Billy Bones) talking about a pirate’s last words. You can also pre-order the set now so you don’t miss out.

This set easily makes any ‘Black Sails’ fan’s must-have holiday gift list along with catching everyone up before Season 4 (the final season) premieres in January 2017 on Starz. You know those final seasons are always no holds barred as the writers, actors and producers can just let it all fly without worrying how to work it into the next season.

Our friends at Anchor Bay Entertainment have also teamed up with us for a killer giveaway pack so get ready for that announcement. Everyone knows our giveaways are something special and this one is no different. We’ll even be doing something tying in with this upcoming crazy US Presidential Election. With all the craziness of that, we need something fun! 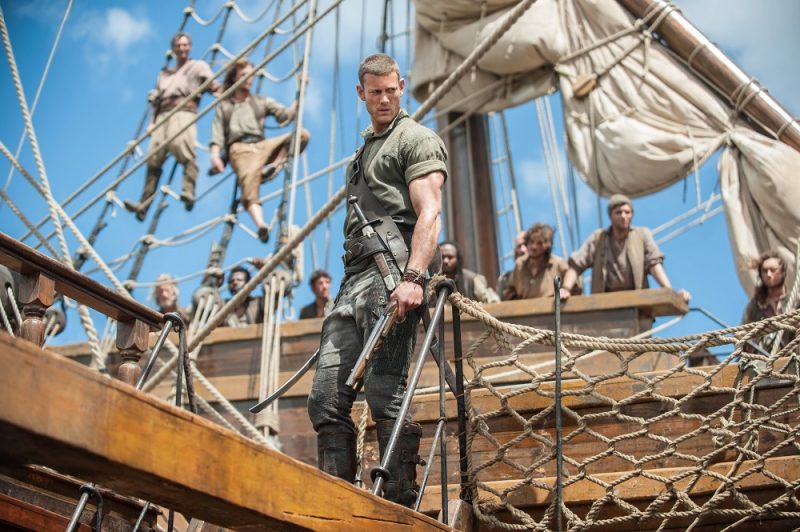 Now for those of you that haven’t watched this terrific series or missed the action-packed Season 3, here’s what it’s all about:

Season Three of “Black Sails” begins in the wake of the burning of Charles Town. All the New World lives in fear of Captain Flint. When his campaign of terror crosses over into madness, and new threats emerge to challenge his supremacy, it falls to John Silver to locate the man within the monster, before Flint’s war against the world consumes them all.  Meanwhile, on the pirate island of Nassau, it’s a new day.  With Eleanor Guthrie facing judgment in London, Jack Rackham sits atop a fortune in Spanish gold, hoping to secure his legacy as a king among thieves. To do so, he’ll have to compete with the return of one of history’s most notorious captains, who holds a different vision for their home, as well as a complicated past with Rackham’s chief ally, Captain Charles Vane. All will be tested when a new opponent arrives to claim Nassau, one the pirates could never have anticipated. It knows them. It understands them. And in the blink of an eye, it will do the one thing they never thought possible…turn them against each other. 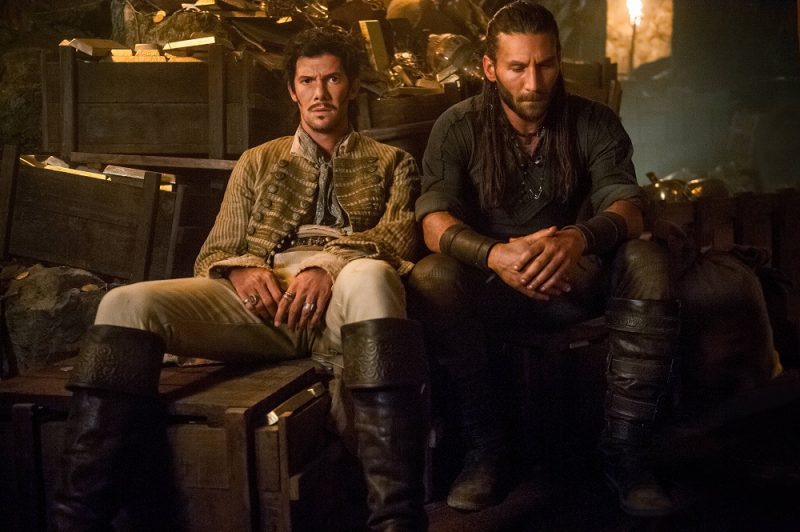 “Black Sails” stars Toby Stephens as the brilliant and unstoppable ‘Captain Flint.’ Stephens is an accomplished film, television and stage actor, who appeared in the feature film 13 Hours: The Secret Soldiers of Benghazi directed by Michael Bay and released in January 2016, and is well-known for his role in Die Another Day. He starred in BBC’s “Vexed” and on stage in “Noel Coward’s Private Lives,” and his many film credits include Believe and Twelfth Night. London-born Hannah New, who portrays ‘Eleanor Guthrie,’ starred in the miniseries, “El Tiempo Entre Costuras (The Time Between Seams)” and most recently in 2014’s Maleficent. Luke Arnold, who portrays the classic character ‘John Silver’ in the years before his well-known feats, has appeared in “McLeod’s Daughters,” “Rush,” and most recently starred in the miniseries “INXS: The Michael Hutchence Story.” Jessica Parker Kennedy, who plays ‘Max,’ a former prostitute with an eye towards advancement, is known for her work in the television series, “The Secret Circle,” and has appeared in the films 50/50 and In Time. British actor Tom Hopper, who portrays ‘Billy Bones’ of “Treasure Island” fame, is most well-known for his role as ‘Sir Percival’ in “Merlin” and appeared in Northmen – A Viking Saga. Zach McGowan is featured as ‘Captain Charles Vane,’ a rival pirate to Captain Flint. McGowan is most well-known for his roles in the series “Shameless” and “The 100.” Ray Stevenson, known for his roles in “Rome,” Insurgent, and Divergent, joins the cast in season three as the iconic pirate ‘Blackbeard,’ along with Luke Roberts (“Holby City,” “Game of Thrones”) who is cast as ‘Woodes Rogers.’ 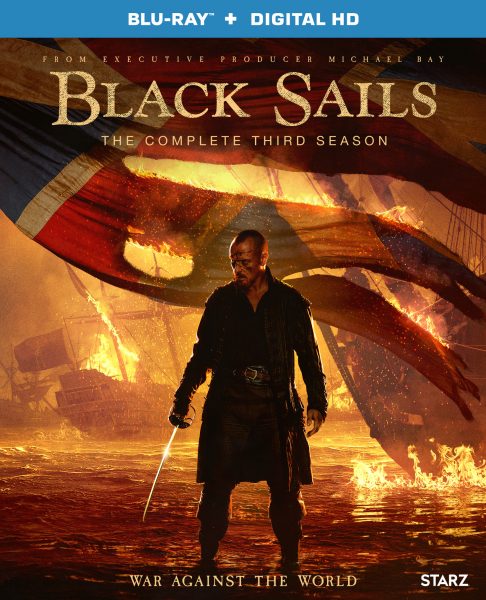 The first three seasons of “Black Sails” averaged 4.5 million multi-platform viewers per episode* and the series is distributed in over 175 countries and territories worldwide.  A fourth and final season of “Black Sails” is currently in production and premieres in January 2017 on Starz.